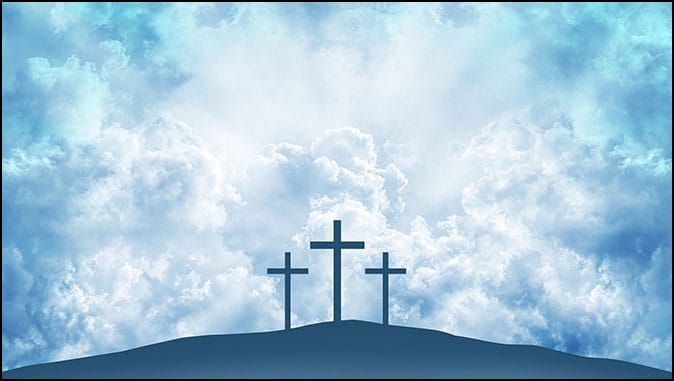 What Part of ‘Only’ Isn’t Clear?
By Jack Kinsella

One of the most common questions one can expect to hear from a skeptic is this one: “If Jesus is the only way to heaven, then what about all those people who never heard of Jesus Christ?”

In fact, one of our members posted almost exactly this question regarding yesterday’s OL, so it must be about time to revisit both the question and the answer.

The question almost always stops us in our tracks. The answer involves the Christian mumbling something about ‘God’s mysterious ways’ or answering with a lame counter-question like, “How do you know they never heard about Jesus?”

This is generally about the place where the testimony flies apart and the heated debate begins. One cannot logically argue that everybody who ever lived has heard of Jesus Christ. There was a period before Jesus Christ, for example. Then there are the millions who lived and died in the first few centuries of Christendom. How could the American Indians of the 2nd century, for example, have heard of Jesus?

That question troubled Joseph Smith so much he wrote his own testament in 1840 to explain it, founding the Mormon Church of Jesus Christ of Latter-Day Saints.

Of course, while Smith explained away the Indians by inventing a ‘gospel’ in which Jesus came to the New World and so on, that still doesn’t help the New Guinea headhunters who lived in the 13th century or the Polynesians of 5th century Hawaii, etc., etc.

To the Christian, this makes sense and lines up with Scripture. God simply decided that the New Guinea headhunters and the Polynesian pagans weren’t among those upon whom God had compassion, according to His sovereign will. A Christian would never question the sovereign will of God, but the skeptic questions everything.

And it leaves the Christian a little confused, too, although he won’t admit it. Deep in your heart of hearts, don’t YOU wonder a little bit about that? It is even harder to explain something when it doesn’t quite make sense to you.

The Scriptures say that Christians are the kings and princes of the world to come. And Proverbs 25:2 tells us that, “It is the glory of God to conceal a thing: but the honour of kings is to search out a matter.”

There MUST be a better answer to that question than ‘God’s mysterious lack of compassion’ that condemns the millions who lived and died without ever hearing the Good News to hell as a matter of sovereign election.

In order to ‘believe not the truth’ one must first HEAR the ‘truth’.

But that is AFTER the Rapture and during the Tribulation. That still doesn’t help the Polynesian pagans of the 5th century AD, who never heard the truth in the first place.

“For when the Gentiles, which have not the law, do by nature the things contained in the law, these, having not the law, are a law unto themselves: Which shew the work of the law written in their hearts, their conscience also bearing witness, and their thoughts the mean while accusing or else excusing one another;) In the day when God shall judge the secrets of men by Jesus Christ according to my gospel.” (Romans 2:14-16)

Do you see it? The Polynesian pagans of the 5th century didn’t HAVE the Law OR the Gospel. They are judged by the WORK of the law ‘written in their hearts’ according to their God-given consciences. God will judge them according to how their thoughts worked with or against the conscience, and on that basis, “God shall judge the secrets of men BY Jesus Christ ACCORDING TO MY GOSPEL.”

A further indication that the judgment of God is based upon what we know and what we have been given can be seen in a warning by James:

“Let not many of you become teachers, my brethren, knowing that as such we shall incur a stricter judgment.” (James 3:1)

In other words, those who know the gospel, study it, and teach it will be under stricter judgment, since they have the ability of guide others, or lead them astray.

Jesus, in the parable of the Master and the slaves (Luke 12:41-48) talked about the difference in judgment between those who know the will of God vs. those who do not know:

“And that slave who knew his master’s will and did not get ready or act in accord with his will, shall receive many lashes, but the one who did not know it, and committed deeds worthy of a flogging, will receive but few. And from everyone who has been given much shall much be required; and to whom they entrusted much, of him they will ask all the more.” (Luke 12:47-48)

The Scriptures say the truth is that ”Neither is there salvation in any other: for there is none other name under heaven given among men, whereby we must be saved.” (Acts 4:12) But, as already noted by Scripture, to know the truth, one must first hear the truth.

There is but one Name we can call on for salvation. Nobody else can save us but Jesus. Or Yeshua (in English, Joshua). Or Christ, which is Greek for the Hebrew ‘Moshiach’ (Messiah) which isn’t the Name of Jesus at all, but His Title of ‘the Anointed One’. And those are just the Hebrew, English and Greek translations. There are hundreds of languages.

Although it isn’t listed first by the canon of Scripture, the oldest book of the Scriptures is the Book of Job. Some scholars even argue that it was authored before the Flood and was preserved by Noah, but even if it is post-Diluvian in origin, it predates Moses by centuries.

Long before Moses received the Ten Commandments written by the Finger of God, Job said confidently;

“For I know that my Redeemer Liveth, and that He shall stand at the latter day upon the earth: And though after my skin worms destroy this body, yet in my flesh shall I see God: Whom I shall see for myself, and mine eyes shall behold, and not another; though my reins be consumed within me.” (Job 19:25-27)

It is an accepted tenet of doctrine by most Christians that all those who die without faith in Christ will be relegated to spend eternity in Hell – even if they have never heard the gospel. The Scriptures seem to indicate otherwise:

“And He will judge the world IN RIGHTEOUSNESS; He will execute judgment for the peoples WITH EQUITY.”(Psalms 9:8)

“Before the LORD; for He is coming to judge the earth; He will judge the world with righteousness, And the peoples with equity.” (Psalms 98:9)

“But, O LORD of hosts, who judges righteously, Who tries the feelings and the heart, Let me see Thy vengeance on them, For to Thee have I committed my cause.” (Jeremiah 11:20)

“But because of your stubbornness and unrepentant heart you are storing up wrath for yourself in the day of wrath and revelation of the righteous judgment of God, who WILL RENDER TO EVERY MAN ACCORDING TO HIS DEEDS: to those who by perseverance in doing good seek for glory and honor and immortality, eternal life;” (Romans 2:5-7)

“…for the Law brings about wrath, but where there is no law, neither is there violation.” (Romans 4:15)

This is not any sort of ecumenical theology or “all ways lead to God.” Those who have heard the gospel of Jesus Christ and have refused to believe have rejected Him, and, as such, will fall under the condemnation of God, because they have rejected His provision for our disobedience.

The atheist and the skeptic are still ‘without excuse’ (Romans 1:18:20) but that isn’t the same thing as the condemnation of those who, by time and circumstance, have never heard of either the Law or the Gospel, but conduct themselves according to the unwritten law in their heart.

Those who perpetrate evil, even without the knowledge of the gospel, will likewise be condemned, since they have violated their God-given conscience.

But what happens to those who never called upon the Name of Jesus because they never heard the Name of Jesus? God will judge them in righteousness, according to His own Word. They aren’t the ones the skeptic needs to worry about.

He won’t have their excuse when its his turn to stand before the Judge. He ALREADY knows better, but, by his very skepticism, he is the one who believes “not the truth, but has pleasure in unrighteousness.”

Unless he repents, according to Scripture, HIS fate is sealed. We can trust God to deal with the New Guinea tribesman ‘with equity’ — as He promised He would.

It’s not that difficult a question, after all.

”Judas Hanged Himself — Thou Do Likewise”

”Judas Hanged Himself — Thou Do Likewise” By Jack Kinsella ”God is not a man,…

Future History By Jack Kinsella "Remember the former things of old: for I am God,…

Questions That Are Harder Than the Answers

DNA, Predestination and The Book of Life

DNA, Predestination and The Book of Life By Jack Kinsella According to Scripture, the names…