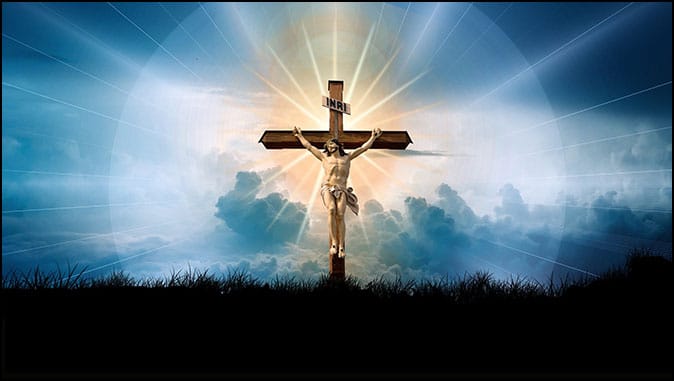 Washed in the Blood of the Lamb
By Jack Kinsella

It was a very busy weekend, and I was away from my computer for much of it. Please accept my apologies for filing this late report.

Saturday, I got a call from a couple from just outside my home town who were in Chicago on business and called to invite us to dinner. It never ceases to amaze me at the reach the electronic media has, even though I’ve been in it for many years. They mentioned they have quite a collection of old This Week in Bible Prophecy video tapes. (I am going to try and see if I can borrow some and rip them to the web)

Anyway, we met for dinner and had a wonderful evening of fellowship. The waitress was most gracious, considering we occupied her table for four hours.

Sunday morning I addressed the Calvary Chapel in Lake Villa. Pastor Pennel was very gracious, and we were both blessed to take communion with his congregation before I ascended the pulpit.

A quick aside: Although I admit to being a fine specimen of manhood who is the picture of health and vitality, among my imperfections is a rare form of a condition known as narcolepsy, sometimes called ‘the sleeping sickness’ but a more accurate term would be a sleep disorder.

Without treatment, I don’t get REM sleep (the deep, restful kind) which can then manifest itself in all kinds of bizarre ways. Fortunately, after about a dozen years of misdiagnoses, I found a doctor who identified it in the early 90’s. Once identified, it is easily treated with medication.

My medication is a timed-release dexedrine spansule that I take each morning. I don’t know why it works, but I know something of how. It releases little amphetamine ‘jolts’ throughout my day, about like a cup of black coffee, but it helps to keep me focused all day and usually allows me some measure of restful sleep at night.

Once in a great while, for some reason, the timed-release part doesn’t work and it dumps the whole jolt on me at once. I am not sure if it is the product of the failure of the time release thingys, (they look like a Contac cold pill) or stress.

But I can tell when it happens, because I go like sixty all morning, and burn out early in the afternoon. When it happens, (rarely) the effect I feel is something along the lines of washing down a handful of No-Doze with a triple shot of espresso.

Usually, the results are hysterically funny at least, from my perspective. Not so funny when it hits when I am preaching.

As I walked to the pulpit, ZAP! My poor audience. I generally talk pretty fast already my mind is usually two sentences ahead of my mouth. But Sunday morning, my mind was full paragraphs ahead of my face.

Putting it down in printed form, it sounds a bit like not having a space bar on my mental keyboard:

So I treated my audience to pretty much everything I’ve ever learned compressed into a single sentence. They were very nice. The only negative comment I heard was that I should drink decaf in the mornings. I pray I was a blessing to his congregation, but I fear I was more amusing than engrossing in my presentation.

I don’t know if anybody understood a word I said. I barely could. (I wish I could remember what I said the only thing I am sure of is that it isn’t in any of my notes) LOL

Afterwards, we went to lunch with Pastor Pennel and his wife. Did I mention the other side effect is a complete inability to shut up? And absolutely no control over what emerges from my cake hole while my gums are flapping? I sat through lunch asking myself, Did I just say that out loud? in my head, but with absolutely no ability to make it stop. LOL.

I am not sure, since I was talking too fast to understand myself, but I think Pastor Pennel knows my shoe size, why Mrs. Radford failed me in math in 4th grade, and the PIN number for my ATM card.

Pastor and Mrs. Pennel were far too gracious to take obvious notice. I hope. But since they had only met me, it is more likely that they simply concluded I am a bit ‘balmy’ and they hadn’t noticed the first time. I am guessing I might be well-served in leaving yesterday OFF my resume?

After church, I was off to Chicago to keep my appointment with Joe Tokarczyk. It’s about 100 miles from where I am to where I met Joe. Since I’d be gone the rest of the day, Gayle stayed behind to take care of the dog, rather than leaving her cooped up for so long inside.

About half-way through the drive, the other shoe dropped and I could suddenly barely keep my eyes open.

Joe took me to hear a friend of his, Terry Harman, who did a TERRIFIC job in presenting a look at how the Temple’s Holy of Holies was appointed and furnished during the days of Temple worship. Terry has recreated full sized replicas of brazen altar, shewbread tables, even the Ark of the Covenant. He is an excellent teacher, and I learned much, even as I struggled to keep from falling off my chair in a sound sleep.

But let me share one part of his presentation that electrified me so much I sat straight up and woke right up.

Terry explained the Temple procedure for sacrificing the Passover Lamb. Some weeks before Passover, the head of the household would cull out the most perfect lamb in his flock. To be acceptable, the lamb could not be purchased. It had to be raised by the family.

The lamb would be brought into the household as a pet. The kids would play with it, wash and groom it, grow attached to it, and even name it, making it a part of the family. It was a necessary element of the sacrifice that the family had grown to love that particular lamb.

At the Temple, the head of the household would certify the lamb met all the conditions before accepting it as a sacrifice. The lamb would have a placard put around its neck identifying the sinner for whom it was about to die.

The priest DID NOT sacrifice the lamb. He would show the penitent how to gently squeeze off the lamb’s jugular with thumb and forefinger until the lamb would pass out, falling asleep against the penitent’s shoulder like the beloved pet it had become. Kosher sacrifices, Terry explained were done in the most humane way possible.

Once the lamb was unconscious, the penitent, still holding the lamb’s throat, would be instructed on how to insert the knife, nick the jugular and hold the lamb over the laver to catch its blood for the sacrifice.

The blood of the lamb would then stain the penitent, ‘washing him’ with its shed blood as its heart pumped out its lifeblood as a substitutionary sacrifice for the sins of the family that killed it.

The priest would hold up the now-dead lamb before the Lord, read the name of the family as it appeared on the placard around its neck, and declare the lamb’s ‘sins’ before the Lord.

This lamb was sacrificed for the sins of the Kinsella family, the priest might intone. The beloved lamb was dead, it’s blood was sprinkled over the mercy seat of the Ark, and the sins of the family were covered for another year.

Then Terry brought out another placard. On it was written, This is Jesus, King of the Jews. (The hot tears flow down my cheeks as I type these words)

God identified His Lamb, and inscribed the sin for which He died, as a substitutionary sacrifice for all mankind. It couldn’t be just any Lamb, but a Lamb Whom God loved as His Own family. When Caiphas objected, asking the inscription be changed to say, This is Jesus, who claimed to be King of the Jews , Pilate rebuffed him, saying, What I have written, I have written.

I am washed in the Blood of the Lamb of God, Who gave Himself for my sins. I see my sins with new eyes. And hate them more than ever before.

After Terry’s presentation, we left the church and went to Terry’s where I was to teach the Bible study. I was electrified by the presentation, but still mentally exhausted. So I bought an energy drink, hoping it would get me through the rest of the day.

Ummmm, WOW! It did. Terry and his guests were treated to a rehash of the Jack Kinsella program, Through the Bible in Sixty Seconds.

Mercifully, Terry’s presentation was so inspiring a few hours before that I don’t think anybody noticed.

I didn’t leave NW Indiana until nearly midnight to make the 100 plus mile drive back to the RV camp. I hit the sack sometime before the sun came up.

And slept the sleep of the newly-innocent. Thanks, Terry, for your faithful presentation.

And thank You, Jesus, for lessons learned. Maranatha!