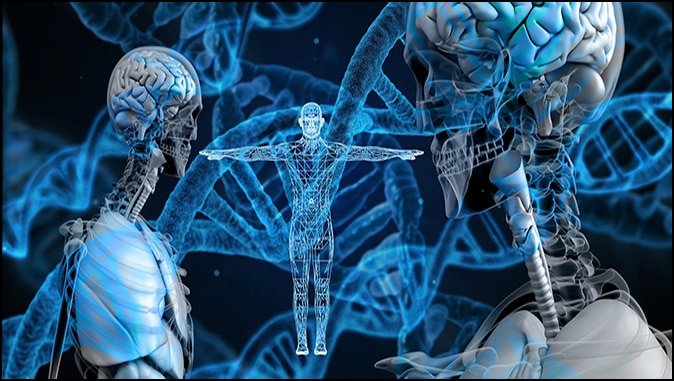 To Boldly Go
By Jack Kinsella

The month of December, 2012 will go down in my personal history books as one of the most miserable of the seven hundred and twenty months I’ve spend on this Big Blue Marble. As of New Year’s Day, 2013 I was fairly sure it was time to put my affairs in order.

But today, as I get my ducks in a row and prepare to board my flight to Dallas for the Future Congress 2 Convention, I feel like a million dollars.

There is an old Marine Corps joke that is illustrative, albeit a bit earthy, of what my December was like. I cleaned it up the best I could without losing the point — I hope I don’t gross anybody out.

There came a time when the parts of the body began to argue over who should be boss.

The brain said, “I should be boss. I am the one that does all the thinking.”

“No, no,” protested the eyes. “I should be boss. Without me, you wouldn’t be able to see where we’re headed.”

“No!” the mouth said. “I am the one that articulates what we think, see and hear. I should be boss.”

Finally, the business end of the colon suggested he should be boss. When everybody laughed at him, he got so mad he refused to work. Soon, the brain got foggy, the eyes began to swim, the ears started to ring and the mouth dried up. Eventually all agreed to step aside, giving rise to the moral of the story.

You don’t have to be a great thinker, a great visionary, a good listener or a great orator to be boss. You just have to be the business end of a colon.

I got the stomach flu in late November, which in turn dehydrated my system. By mid-December, the debate over who should be boss was at a fever pitch. But the brain was all foggy and evidently believed it had won the argument.

Being forward thinking, the brain suggested a visit to the emergency room, where the ears were astonished to hear that the business end of the colon had taken charge.

The mouth began to protest, but then it got all watery and had to shut up until the vision started to clear again.

Once everyone was seemingly back in agreement, things went along fine for a little while, until something else odd happened midway between the Loudmouth and The Boss that nobody could figure out.

The Boss got demoted and the brain took back over. The brain, gifted with the ability to reason, allowed the body to suffer for a couple more weeks before concluding that the body must be dying and headed back to the emergency room where the doctors seemed to concur.

At long last, somebody ordered an ultrasound exam which revealed that the problem was invisible. (And probably flammable.)

Francis Crick was a physicist who had been a code-breaker during WWII. After the war he teamed up with a biologist named James Watson and together they cracked the DNA code.

Think of DNA like a PC pre-loaded with a basic operating system. Install MS Word and it is a word processor. Install games and it is a game console.

Install different software and it can run a water treatment plant. Or it can run a hospital. Land an airplane. Mimic a television. It is all about the programming.

The four ‘characters’ in DNA aren’t metaphorical, they actually function like characters in a message system.

How complicated a message can be carried by only four characters? The message you are reading right now is nothing more than a carefully arranged series of sequences of 0’s and 1’s or, ‘bits’.

A computer ‘bit’ is the simplest form of computer code because it can exhibit only one of two states. You can think of a bit as being either Yes or No, On or Off, True or False, 1 or 0. So everything we do with computers we accomplish with but two basic characters.

All DNA, whether it is that of a single-celled creature or an evolutionary scientist, consists of that basic PC plus programming. But with FOUR basic characters to work with instead of the two that make up a computer ‘bit’.

The DNA/PC is then programmed using these four basic characters. Every cell in every living being contains one of these elegant little PC’s programmed with the information, networked with all the other cells which arranged themselves to form distinctive organs, tissue, etc., according to the blueprint encoded into the DNA.

This incredibly sophisticated information is embedded in the DNA of the simplest living creature on earth. We’ve been studying this code for more than fifty years and have yet to unlock but a fraction of its secrets.

A former Microsoft architect-level programmer working on a computer simulation of how genetic information is expressed was shocked by the design logic built in to DNA. It is the same as basic computer logic, he said, but far more elegant than anything we could conceive.

That same logic was built into every cell of every living thing that ever lived.

Think of it! The computer code we’re now learning to read was published at the foundation of the world!

Of course he did.

He couldn’t have imagined in 1845 that tiny PC’s preprogrammed with carefully arranged machine code containing blueprint instructions for every molecule of every living species was the explanation.

But the coding was there, whether he could imagine it or not.

DNA is a computer more elegant than the one you are reading today’s OL from. It is similar, but endlessly more powerful. Every living cell that ever existed has its own personal computer.

As brilliant as our most brilliant supercomputer might be, it operates according to the amount of information that can be conveyed by two-digit ‘bits’.

The DNA in a peanut contains four.

Bill Gates says DNA is like a software program, but much more complex than everything we’ve ever written. Even Richard Dawkins acknowledges that it’s a machine code. Astonishingly, both men are seemingly comfortable with the idea that it evolved naturally, somehow.

It seems to be a case of having decided in advance that there is no God, and therefore any evidence that suggests the possibility of design must be refuted.

It sounds foolish. Because it is. Like the brain arguing with the colon.

The Intelligence behind the design put it this way: “Professing themselves to be wise, they became fools.” It takes a determined and studied ignorance to deny the intelligent design incorporated into every strand of DNA.

And if there is an Intelligence capable of such design, then there must be a Creator. If there is a Creator, then the only logical way to express the existence of such a Being would be as God.

Assuming God is intelligent enough to program my DNA so that my son Rick looks like a junior version of me, it is equally logical to assume He is capable of communicating with me using a language I can understand.

But since I am a sentient being, I am capable of imagining He is saying whatever I want to hear. So it is also logical that He would provide a written moral code that could override my imagination.

In fact, it would seem entirely illogical for our Supreme Designer to provide one without the other. My DNA was encoded by God with all the information necessary for my physical body to live on this earth.

The Bible was encoded by God to enable my spirit to live on this earth inside this physical body.

“But the natural man receiveth not the things of the Spirit of God: for they are foolishness unto him: neither can he know them, because they are spiritually discerned.” (1st Corinthians 2:14)

God knew precisely how complex our DNA was two thousand years ago when He inspired the Apostle Paul to write;

“For the wrath of God is revealed from heaven against all ungodliness and unrighteousness of men, who hold the truth in unrighteousness; Because that which may be known of God is manifest in them; for God hath shewed it unto them.”

It is as if Paul is speaking directly of the double helix and directly to Darwin and his followers.

“For the invisible things of Him from the creation of the world are clearly seen, being understood by the things that are made, even His eternal power and Godhead; so that they are without excuse: Because that, when they knew God, they glorified him not as God, neither were thankful; but became vain in their imaginations, and their foolish heart was darkened.” (Romans 1:19-21)

No scientist who has any level of competence in understanding of the complexity of DNA can argue that he doesn’t know. It takes a willful ignorance to deny the obvious.

“For Thou hast possessed my reins: thou hast covered me in my mother’s womb. I will praise Thee; for I am fearfully and wonderfully made: marvellous are Thy works; and that my soul knoweth right well.” (Psalms 139:14)

No skeptic or atheist has any better claim that he has “reason” on his side of the argument than the brain had when arguing with the colon. And yet, when it comes to how we got here, it is they who claim to be Boss.

Which returns us to the moral of our story…