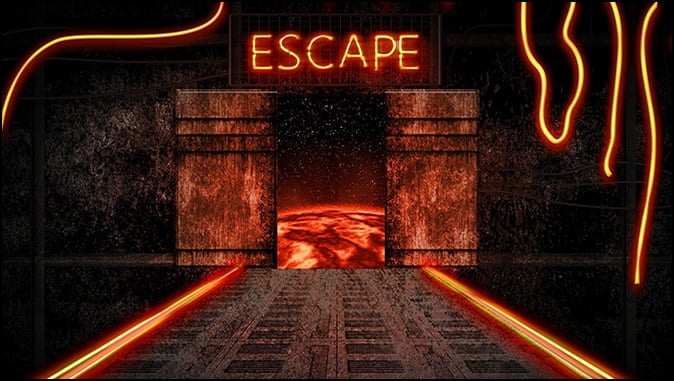 One of the founders of Facebook, whose IPO made all its founders billionaires and about 1000 employees into millionaires, renounced his US citizenship so he wouldn’t have to pay the United States roughly $67 million dollars in taxes.

The move should not have been all that surprising. Saverin was neither born in the U.S. nor is he a resident. Saverin’s involvement in Facebook was actually fairly minimal — except without his financing, Facebook would probably be the Omega Letter.

(We were already a social networking site four years before Zuckerberg had his ‘brilliant’ idea — and the financing to exploit it). Without Saverin, Zuckerberg would not have been able to keep his servers going.

When the rest of Facebook’s team moved west, Saverin stayed put. Zuckerberg tried to edge Saverin out of the company but Saverin sued and the resulting settlement gave him a stake in the company.

As of this year, Saverin owns less than 5% of Facebook, yet his five percent stake is worth about two billion dollars. Eduardo Saverin was born in Brazil. In 1993, his wealthy father moved the family to Miami after learning Eduardo had been placed on a list of potential kidnapping targets.

Saverin became a US citizen in 1998, and helped found Facebook with Mark Zuckerberg in 2004 and moved to Singapore in 2009. In early 2012, Saverin renounced his US citizenship to become a citizen of Singapore.

Saverin’s notice of renunciation was published in the April 30, 2012, edition of the Federal Register along with more than 400 other people who are no longer U.S. citizens.

Under the Health Insurance Portability and Accountability Act, signed into law in 1996 under President Clinton, each year the Internal Revenue Service (IRS) is required to publish the names of persons who are no longer U.S. citizens.

Why would it be the responsibility of the IRS, instead of the Immigration and Naturalization Service? The answer is obvious. Taxes.

The majority of US citizens that renounce their citizenship, like Princess Grace of Monaco, Queen Noor, Jet Li, Terry Gilliam and Andreas Papandreou (now the Prime Minister of Greece) do so to avoid crippling US income taxes.

But Americans that renounced their citizenship after 2008 are still subject to reporting and tax requirements under our tax laws. Those laws apply if any of certain criteria are met. In Saverin’s case, he would be subject to the expatriation tax because his net worth is $2 million or more on the date he expatriated.

Under the law, any assets that leave the country with you after you have renounced are treated as if they were sold the day you left and are subject to taxes. But the government can only tax what his stake was worth BEFORE the IPO made Saverin a billionaire.

Democrat Senator Chuck Shumer teamed up with Democrat Bob Casey to offer an amendment to the tax code to add a stiff penalty to punish wealthy expatriates that renounce their citizenship to avoid paying taxes.

The bill would require Saverin, who was not born in the US, does not live in the US and is not a US citizen, to pay whatever the US decides is its “fair share” of Saverin’s income, or be permanently barred from ever entering the United States again.

Schumer and Casey’s bill would levy an additional 30 percent capital gains tax on all future earnings made in the United States on all expatriates with either a net worth of more than $2 million or who had an average tax liability of $148,000 over the previous five years.

The bill would allow the Internal Revenue Service to determine whether or not an expatriate had renounced their citizenship for tax purposes, placing the burden of proof on the expatriate themselves to show they were not moving abroad to avoid taxation.

“We simply cannot allow the ultra-wealthy to write their own rules,” said Senator Casey in a statement. “Mr. Saverin has benefited greatly from being a citizen of the United States but he has chosen to cast it aside and leave U.S. taxpayers with the bill. Renouncing citizenship to simply avoid paying your fair share is an insult to middle class Americans and we will not accept it.”

There’s that phrase, “fair share” again. To the socialist mind, Saverin is taking their money away from before the liberals have a chance to confiscate it.

It is the position of the liberals in government that Saverin owes his success to the US government because he could have only made it in capitalist America. That means he has an obligation to give it back.

For his own part, Saverin says he has no intention of avoiding US taxes due.

“My decision to expatriate was based solely on my interest in working and living in Singapore, where I have been since 2009,” Saverin said. “I am obligated to and will pay hundreds of millions of dollars in taxes to the United States government. I have paid and will continue to pay any taxes due on everything I earned while a U.S. citizen.”

”As a native of Brazil who immigrated to the United States, I am very grateful to the U.S. for everything it has given me. In 2004, I invested my life’s savings into a start-up company that initially was run out of a college dorm room. Since then the company has expanded dramatically, has created thousands of jobs in the United States and elsewhere, and spawned countless new companies across the United States and other countries.”

Had Saverin come to the US illegally, what would be different? Saverin could still have attended Harvard — he would not be the first illegal alien to do so.

(An illegal alien, a black guy, a Communist and a Muslim walk into a bar. The bartender looks up and says, “What can I get you, Mr. President?”)

But I digress…since Saverin made his money in Brazil, the money he paid for his tuition was of foreign origin. What benefit did US citizenship convey on Saverin?

As an illegal alien he can still get a driver’s licence, even after a drunk driving conviction. As an illegal alien, he could evidently still participate in the US political process. Saverin could still work in the US illegally, by getting an “unlawful presence waiver” from the Obama administration.

If Saverin had been an illegal alien instead of a citizen, he might not even have had to pay for his Harvard education. Under California’s Dream Act, he could have access to private funds, or even a government grant. Heck, as an illegal alien, he could even become President, according to Senator Dick Durbin.

Saverin didn’t do any of these things. Instead, he played by the rules, worked hard, and made it without government assistance. And when the government demanded that he pay for all these things for illegal aliens, he voted with his feet.

What Saverin did is no less loyal than any of the thousands of California businesses that made their money in California and then packed up and moved to Texas when California claimed their property really belonged to California and not Texas, when in fact, it didn’t belong to either one of them.

Redistributing Saverin’s money to those that didn’t earn it is harder to do from Singapore.

If one is going to tax Peter to pay Paul, why wouldn’t Peter want to pack up and leave? The US government didn’t give Saverin the money to fund Zuckerberg’s idea in 2004. Neither did the government pony up the seed money for him.

What is the solution to preventing people from leaving the United States to avoid paying taxes for which they receive no benefit? One way is to confiscate their assets when they leave, the way the Nazis confiscated the assets of fleeing Jews.

Another way might be the one the Democrats continue to pay lip service to while doing exactly the opposite — fairness. If taxes were fair, then there would be no reason to try and escape from America.

They blame the wealthy for not paying their fair share, confiscate it to give away to those who are lawbreakers by virtue of their presence — call that “fairness” and demonize anyone that questions their definition of “fair”.

Isn’t it interesting? Liberals go ballistic at the suggestion that America build a wall to keep illegal aliens out, while at the same time, they advocate building another wall to keep wealthy Americans in.

The bottom line? America is a lot easier to get into than it is to get out of — if you are rich. It’s like jail, only backwards.

Ayn Rand’s novel “Atlas Shrugged” was a nightmare “what-if” published in 1957. But she can be forgiven for not foreseeing what kind of world the liberals really had in mind.

If this were Ayn Rand’s novel, nobody would be asking the question, “Where’s John Galt?” They’d already know.

He’d be in some federal prison for attempting to escape from America’s “Worker’s Paradise.”