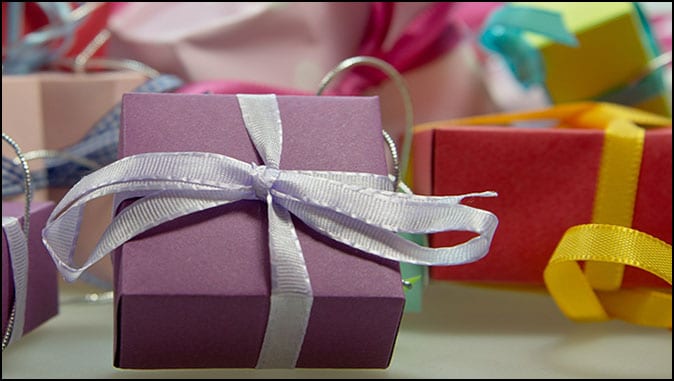 The Tongues of Men And Angels
By Jack Kinsella

Another one of those doctrines that helps to keep the Church divided concerns whether or not one must speak in tongues in order to be a true Christian.

Speaking in tongues is subdivided into two categories: ‘glossolalia’ — which is speaking in an unknown language, and ‘xenoglossy’ — which means speaking in a natural language unknown to the speaker.

The event recorded in Acts 2:1-11 appears to be a manifestation of xenoglossy; the Apostles addressed the crowd in a natural language, but every listener heard it in their native tongue.

“Now when this was noised abroad, the multitude came together, and were confounded, because that every man heard them speak in his own language.” (Acts 2:11)

This is the first instance of believers speaking in tongues recorded in the New Testament. It is also the most rare.

There are those within the Church who swear that, not only do they speak and pray in tongues, but that ability is necessary evidence of the indwelling of the Holy Spirit. Some believe that if a person doesn’t speak in tongues, that person ‘doesn’t have the Holy Spirit.’

On the other end of the spectrum are those who are convinced that glossolalia is either a deliberate fraud or a religious delusion.

And, as with most of the doctrines that divide us, there is strong Scriptural support for all three views.

Those who believe glossolalia is a necessary manifestation of the indwelling of the Holy Spirit point to the Apostle Paul’s references to ‘unknown’ tongues and to the ‘tongues of angels’ and argue that both refer to glossolalia, rather than the xenoglossy experienced by Peter’s audience in Acts 2.

The Gospel of Mark (16:17) says, “And these signs shall follow them that believe; “In My Name shall they cast out devils; they shall speak with new tongues.”

Paul writes, “Though I speak with the tongues of men and of angels, and have not charity, I am become as sounding brass, or a tinkling cymbal.” (1st Corinthians 13:1)

Acts 19:6 records that when Paul laid hands upon ‘certain disciples’ in Corinth, “the Holy Ghost came on them, and they spake in tongues.”

1st Corinthians 12:10,28 and 30 all testify to both the reality and the manifestation of the gift of tongues.

Those who dismiss glossolalia as either a fraud or some kind of self-delusion point to 1st Corinthians 13:8-10, which says,

The manifestation of Spiritual miracles, like tongues, Divine revelation, healing, raising the dead; these were given to the early Church leaders as their credentials.

After all, anybody could claim they were speaking new revelation in God’s Name, but the Apostles could prove it through these signs. Simon the sorcerer even tried to buy this spiritual power from Peter in Acts 18:18 to boost his own credibility.

These signs accompanied the Apostles and those to whom they imparted it to identify those whose doctrinal teachings could be trusted.

But when the Bible (which is the perfect Revealed Word of God) came into existence, the era of private interpretation came to a close:

“Knowing this first, that no prophecy of the scripture is of any private interpretation. For the prophecy came not in old time by the will of man: but holy men of God spake as they were moved by the Holy Ghost.” (2nd Peter 1:20)

“All scripture is given by inspiration of God, and is profitable for doctrine, for reproof, for correction, for instruction in righteousness,” (2nd Timothy 3:16)

So, with the introduction of the Bible; “that which is perfect is come in, and that which is in part [ie., tongues, prophecy, extra-Biblical Divine revelation, etc.,] is done away with.”

So, to summarize the two extremes; in one view, if one doesn’t not manifest ‘the gifts of the Spirit’ [tongues, prophesy, a Word of knowledge] then one does NOT have the indwelling of the Holy Spirit.

On the other extreme, if one manifests those gifts, he is a fraud.

In the middle are those who aren’t comfortable in imposing limits on the power of God, but since they’ve never experienced any of that personally, they just don’t know, but they have their doubts.

Personally, I fall into that middle category. I’ve never spoken in tongues, and I would personally find it presumptuous to the point of sinfulness to claim I have a direct pipeline to God via a Divine Word of Knowledge.

The Bible disqualifies me from claiming to be a prophet. A prophet is 100% right, 100% of the time.

But there are other spiritual gifts that I know I possess, so why not tongues, or prophecy, or Divine knowledge? I am sincere. And I have sincerely prayed that that I might be the recipient of more of them — especially tongues.

I would particularly love to pray in tongues. Those Christians who claim they do also claim it is a sublime experience — one friend of mine described it as like having pleasantly hot oil poured over him. It sounds heavenly.

But I’ve never experienced it. Does that mean that those who have are all frauds? If the Bible said that all believers get every gift, then I think that I’d be standing on solid doctrinal ground.

But that ISN’T what the Bible says. The Bible says that there are a diversification of gifts according to God’s purposes.

Paul says that, within the Body of Christ, there are some who have the gift of miracles, others possess gifts of healing, discerning of spirits, words of wisdom, a word of knowledge, speaking in ‘divers kinds’ of tongues, interpreting tongues, etc.

If some have some gifts, then it is both logical and reasonable to infer that others don’t. And since the Bible says that these gifts come from the “selfsame Spirit, dividing to every man severally as He will,” (1st Corinthians 12:11) who am I to say He didn’t, just because I didn’t make that list?

First, Paul gives us the Divine Overview: “And God hath set some in the church, first apostles, secondarily prophets, thirdly teachers, after that miracles, then gifts of healings, helps, governments, diversities of tongues.”

But, then Paul addresses the obvious: “Are all apostles? are all prophets? are all teachers? are all workers of miracles? Have all the gifts of healing? do all speak with tongues? do all interpret?”

Paul explains the division of the spiritual gifts are for a clearly defined purpose, and therefore: “there should be no schism in the body; but that the members should have the same care one for another.” (1st Corinthians 12:25)

There is a difference between a ‘schism’ and the natural denominational differences that divide us. There is no sense in Scripture that all Christians should, or are expected to, agree on all details.

As we’ve already noted, all three views on the manifestation of the Spirit in the form of tongues find Scriptural support.

The purpose of these and other minor doctrinal divisions is to prevent the rise of a super world church in which doctrine is dictated by a system, rather than individual reliance on the Holy Spirit for guidance.

(The super world church system does not make an appearance in Scripture until after the True Church has been Raptured with the withdrawal of the Restrainer. 2nd Thessalonians 2:7-8)

What Paul is saying is that minor differences on minor points of non-essential doctrine should not tear the Church apart — that we are expected to agree to disagree agreeably on such differences.

I don’t know if the manifestation of tongues is a genuine spiritual gift, or if it is a religiously induced delusion, because I haven’t any personal experience against which to measure it.

When I’ve heard people speak in tongues, I am suspicious. But I am not infallible. And in any case, Paul says if someone prays in tongues, they are doing it to the Lord, not to me.

So, just because I have not yet been gifted with certain spiritual gifts personally doesn’t qualify me to render an ex cathedra judgment that tongues is no longer among the spiritual gifts available to believers today.

Or that people who claim that gift are delusional. Real or not, they seem to have a special closeness to God that I wish I could experience.

If anything, I’m a wee bit jealous.