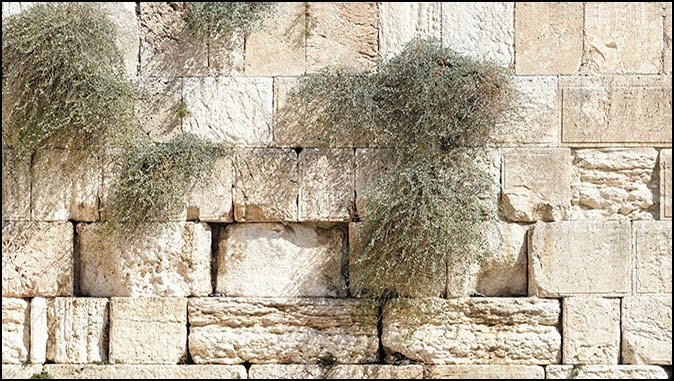 The Stones Cry Out
By Jack Kinsella

The last sixty-four years have witnessed an explosion of archeological finds in the Holy Land, from the discovery of Beit Shean to the Dead Sea Scrolls to the ossuary of Caiaphas, the Chief Priest of the Sandhedrin who presided over the trial of Jesus Christ.

What makes them so important is that each new discovery made confirms the Biblical accounts. Those accounts that remain in dispute are not disputed because of archeological finds, but rather, by the lack of evidence confiming them. But wherever the Bible can be confirmed, it has been!

For example, according to the Books of Kings, Queen Jezebel was the daughter of a pagan king who led Israel into idolatry. Jezebel was the wife of King Ahab, who was the first to be corrupted into practicing witchcraft and Baal worship. As Queen, she persecuted God’s prophets to the degree that they were forced to hide in caves.

An ancient seal that surfaced in Israel more than four decades ago belonged to the biblical Queen Jezebel, according to a new study released last year by a Dutch university. The seal, which some scholars date to the ninth century BC, was first discovered in 1964 by the Israeli archeologist Nahman Avigad, with the name “Yzbl” inscribed in ancient Hebrew, Utrecht University said.

The seal, which was donated to the Israel Department of Antiquities in the early 1960s by the private Voss-Hahn collection, not only bears symbols that indicate a female owner but also “well-worked” symbols that designate that owner as royalty.

Bible skeptics claim that many of the Old Testament’s historical accounts of the ancient Hebrew kingdoms contained in Samuel, Kings and Chronicles, are largely fiction.

Those skeptics that don’t deny outright that there was ever a King David or a King Solomon claim that, at best, they were just minor players. But the archeological record says otherwise.

Gath is described in the Bible as the hometown of a giant soldier named Goliath. Goliath’s battle with the young sling-shot-toting David, the future king of Israel, is the Bible’s best-known underdog story. Skeptics say that those accounts can’t be accurate because the Hebrews had no written language in the time of David and Solomon.

But recent digs at Khirbet Qeiyafa, near the ancient city of Gath, have turned up artifacts that corroborate the story.

The new artifacts include an inscribed stone embedded into the wall of an extensive collection of buildings in Tel Zayit, about 35 miles southwest of Jerusalem. The 40-pound stone consisted of two lines of incised letters, representing the 22 letters of the Hebrew alphabet.

The stone, dating to the 10th century BC, establishes beyond doubt that a written Hebrew language was already well established at the time the Hebrews were recording the written histories of that time. The new finds establish the existence of the Edomite kingdom at the time King David and his son Solomon ruled over Israel.

Another team of archeologists from Netherlands and Israel examined the ancient site of Tel Rehov near the excavated city of Beit Shean. Radiocarbon dating connected Rehov to the conquest of the city by Shishak, (Pharoah Shoshenq I) between 940-900 BC.

The Bible says that King Shishak invaded Israel in the fifth year of the reign of Solomon’s son, Rehoboam. The Biblical timeframe would place Solomon’s death at 930 B.C., putting Shishak’s invasion at 925 B.C., exactly within the range of radiocarbon dates (940-900 B.C.) for the destruction of Tel Rehov.

Previous studies had set the destruction of Rehov much later, which would have suggested the Bible’s timeline was wrong.

Turns out the Bible was right, after all.

The Exodus from Egypt has long been the skeptic’s favorite Bible story. The skeptics claim the Exodus story is impossible and the Bible dating of the destruction of Jericho was off by two hundred years or more. But a study published in the British journal, Nature confirmed the early date of Jericho’s destruction.

Another study, using carbon dating and tree rings found evidence of a volcanic eruption on the Agean island of Thera, dating to 1628 BC, coinciding with the plagues inflicted on Egypt. Exodus 10:21-22 says,

In another find, a family seal dating from the fifth century BC confirms the existence of an obscure Jewish family mentioned in the Book of Nehemiah.

A black stone seal with the inscription of the name, “Temech” was found outside the walls of the old city of Jerusalem near the Dung Gate, during a dig headed by archeologist Dr. Eilat Mazar.

The discovery of the Temech family seal confirms the existence of an obscure family mentioned in the Old Testament book of Nehemiah. Most previous archeological digs had only confirmed biblical figures who were well-known kings.

And the discovery of a cuneform tablet dating to 595 BC acknowledges the receipt of about 1.5 lbs of gold from one Nebo-sarsekim in payment to Nebuchadnezzar.

The tablet confirms Nebo-sarsekim as one of the Babylonian officials mentioned in Jeremiah 39:3.

Until 1965, it was presumed by “scholars” that Pontius Pilate was a fictional character because no evidence had been uncovered identifying him as Roman procurator in Judea at the time of Christ.

Until a plaque from King Herod dedicating the amphitheater at Ceasarea Phillip to Pontius Pilate was discovered there.

Skeptics keep finding new objections, but they are based in the absence of evidence, rather than evidence that conflicts with the Bible’s account.

Skeptics argue that King David was a Bible myth because nobody has yet uncovered an autographed picture of King David wearing a crown and sitting on his throne.

However, there is no evidence that anybody else occupied David’s throne in Davids’ time. The same applies to King Solomon (despite the existence of the Western Wall of Solomon’s First Temple in Jerusalem).

The very stones of Israel cry out from antiquity; “The Bible is true!”

Archeology has long been the skeptic’s ace-in-the-hole when making the claim that the Bible is filled with historical inaccuracies. Of course, even a single, conclusively proved inaccuracy would completely destroy the central tenet of Judeo-Christianity — the infallibility of Scripture.

A lot of times, when we ask God for something, we tend to ‘hedge our bets’ so to speak, by giving God some kind of ‘out’ by appending their prayer with something like, “if it is Your will.”

God doesn’t need an ‘out’. If we make a request that is within God’s will, we can be certain of an answer.

“And this is the confidence that we have in Him, that, if we ask any thing according to His will, He heareth us: And if we know that He hear us, whatsoever we ask, we know that we have the petitions that we desired of Him.” (1st John 5:14-15)

The Bible says it isn’t necessary to give God an ‘out’. Jesus told His disciples,

“Fear not, little flock; for it is your Father’s good pleasure to give you the kingdom.” (Luke 12:32)

If the Bible is proved fallible historically, then how could we know the promises of these verses aren’t equally faulty? Worse, what about I verse?

“And I give unto them eternal life; and they shall never perish, neither shall any man pluck them out of My Hand.” ? (John 10:28)

If Jezebel didn’t persecute God’s prophets, if Jericho’s walls didn’t come ‘a-tumblin’ down’, if Moses didn’t call down plagues on Pharoah, if David wasn’t Israel’s greatest king, if Solomon is an historical invention, then the Bible isn’t true, God isn’t real, we came from nothing and we are going nowhere.

That’s why the skeptics are so eager to reach into the distant, unknowable past to find their arguments that the Bible is not relevant today. Jezebel did sit as Queen of Israel, the Egyptian plague of darkness took place as described, Nebuchadnezzar did conquer Israel, Jericho’s walls did come ‘a tumblin’ down.’

And little details about minor historical personages establish the events to which they were a party.

The same Bible that contains such tiny details as the existence of Nebo-sarsekim and Temach also promises believers:

You can be certain that your Bible is true in every area where its accuracy can be measured. The only ‘unproved’ parts of the Bible are those for which there is no evidence either way. There are NO disproved parts of the Bible. That means you can count on its promises.

You can be certain of the promise of eternal life. You can trust Jesus, and you can trust the Word of God.

“And the peace of God, which passeth all understanding, shall keep your hearts and minds through Christ Jesus.” (Philippians 4:7)