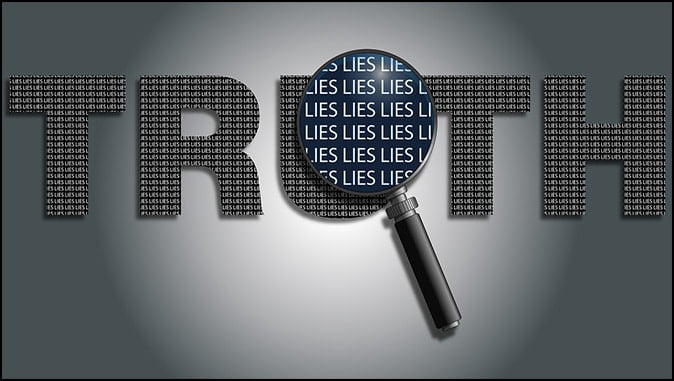 One of the most difficult things to grasp about Christianity is its simplicity. It is that simplicity that has spawned literally hundreds of denominations and thousands of cults, sects and sub-sects, all of whom are convinced they have discovered some hidden and complicated truth nobody else ever discovered.

There is probably no truth explained more simply than the basic doctrine of salvation. It is so simple that a little child can understand it. It is a question that can be answered in a single sentence.

“And brought them out, and said, Sirs, what must I do to be saved? And they said, Believe on the Lord Jesus Christ, and thou shalt be saved, and thy house.” (Acts 16:31)

Many even seek to complicate that simple answer by focusing on the words “and thy house” instead of simply reading the next verse for context.

It’s not so complicated. When somebody asks you, “what must I do to be saved?” the answer is the same today as it was when the jailer asked the question of Paul and Silas. Believe on the Lord Jesus Christ. Oh, and…

Oh, and a bunch of other stuff, depending on which denomination you end up joining. There are entire websites devoted to showing all the extra stuff you have to do in order to stay saved. But the simple truth of God is simple.

“What must I do to be saved?” the jailer asked.

You simply love God above all things and love your neighbor as yourself, do everything on the first list and…

– keep the Sabbath (Saturday or Sunday, depending on which denomination you end up with)
– confess your sins regularly (unless you belong to a group devoted to finding ways you can lose your salvation)
– obey most of the ten commandments (most let you skip over the graven images stuff)
– live your life in an exemplary fashion (compliance is in the eye of the beholder)

It is human nature to complicate the simple. It is at the heart of every lie since the very first lie told in the Garden of Eden. God gave Adam and Eve one simple rule. It wasn’t complicated, so Satan had to find a way to make it seem complicated.

That first lie was delivered in three parts.

“Your eyes shall be opened.”

Satan wants us to believe that somehow, as Christians, we can understand the Mind of God. But God Himself says that is impossible.

“For as the heavens are higher than the earth, so are My ways higher than your ways, and My thoughts than your thoughts.” (Isaiah 55:9)

That we are sinners who stand guilty and without excuse before a Righteous God.

To try and divine the truth about God’s promise based on the witness of another implies our eyes have been ‘opened’ to something only God can know. The condition of another’s heart.

The second part of that lie is like unto the first; “Knowing good from evil.” Human beings know right from wrong. Good and evil are outcomes — and outcomes are known ONLY to God.

Each of us has tons of personal examples in our own lives we can look to for confirmation of that truth, usually those things of which we say, “I wouldn’t go through that again for anything, but I wouldn’t have missed it for the world.”

What seemed exceedingly evil at the time, as time goes on, reveals itself to have been, in fact, a good thing. Who knows what God has planned for someone else’s life that will come out of their current state of witness?

What is impossible for God?

One need look no farther than Joseph for Biblical evidence of that fact. Joseph’s brothers threw him down a well, and later sold him into slavery because they were jealous of his relationship with their father.

Joseph subsequently rose to the position of the second most powerful man in Egypt, just as a famine threatened to wipe out the sons of Israel and their families. They went to Egypt, where Joseph, having been warned by God, had stored up food against the coming famine.

Had Joseph not been in the position he was at the time, his brothers, who were not Egyptians, would have been turned away to starve. God had a plan for Israel and it didn’t involve them starving to death before it could come to fruition.

In setting up the Oldest Lie in the Book, Satan questioned God’s Word;

The question led to Eve’s ADDING to the Word of God: “neither shall ye touch it” — God didn’t say that. God said,

“But of the tree of the knowledge of good and evil, thou shalt not eat of it: for in the day that thou eatest thereof thou shalt surely die.” (Genesis 2:17)

We are indirectly questioning God’s faithfulness based on the evidence of some individual’s unfaithfulness. We judge the guy as evil without certain knowledge of the outcome and we end up questioning God as a result. Do you see it?

The third part is “Ye shall be as gods.” If we can question God’s ability to preserve one’s salvation based on the bad works of the one who we believe is saved, then it follows that we play a role in saving ourselves. But only God has the power to save:

“Neither is there salvation in any other: for there is none other name under heaven given among men, whereby we must be saved.” (Acts 4:12)

“I do not frustrate the grace of God: for if righteousness come by the law, then Christ is dead in vain.” (Galatians 2:21)

You can’t really make it less complicated than Paul did to the Galatians. “If righteousness comes by the law, then Christ is dead in vain.” How much simpler can it be?

Think about that. If one can attain righteousness by being obedient, then He was sacrificed for nothing, since that was already the condition of sinful mankind before He began His ministry.

The simple truth of God is that at the point of salvation, one becomes a new creature.

“Therefore if any man be in Christ, he is a NEW CREATURE: old things are passed away; behold, all things are become new.” (2 Corinthians 5:17)

That’s not complicated. A caterpillar is a little fuzzy worm, distinct and different from a winged insect. Then the caterpillar goes into a cocoon and is transformed. When it emerges, the caterpillar no longer exists, but in its place is a new, winged creature called a butterfly.

That is why it is called TRANSFORMATION. It is permanent and irrevocable.

“For in Christ Jesus neither circumcision availeth any thing, nor uncircumcision, but a new creature.” (Galatians 6:15)

Becoming a ‘new creature’ in Christ is NOT a future event — it CANNOT be, since it takes place at the moment of salvation. The transformation is complete at that moment. The rest is up to Jesus.

“Being confident of this very thing, that He which hath begun a good work in you will perform it until the day of Jesus Christ:” (Philippians 1:6)

Could it be made any simpler? Who is it that began a good work in you at the moment of salvation?

The Bible says at the moment of salvation, the Holy Spirit takes up residence in you, and from that moment forward, He will guide you into all truth. (John 16:13) That’s pretty simple and straightforward. The Holy Spirit not only indwells us and guides us, He also comforts and assures us.

“The Spirit itself beareth witness with our spirit, that we are the children of God:” (Romans 8:16)

So, the Comforter, Who is our guide, will indwell us and bear witness with us until the Day of Jesus Christ. He is the One that began the good work and He will abide with us until we see Jesus, either at the Rapture or when we die.

1. Salvation comes by believing in Jesus as Lord and trusting Him for your salvation.
2. Once saved, one is transformed into a new creature that isn’t the old creature.
3. The transformation is accomplished by the indwelling of the Holy Spirit.
4. The Lord Jesus promised that the Holy Spirit will indwell us until He comes for us.

IF I saved myself by my behavior and IF I effected the transformation by an act of my own will, THEN by my behavior I can condemn myself and transform myself back into the old creature.

The World’s Most Christian Country

Devout Faithlessness By Jack Kinsella The new Billy Graham of unbelief is Richard Dawkins, an…

Why Christianity Cannot Be Mythologized

The Great Apostasia By Jack Kinsella According to some of the most recent polling information,…

The Enemy By Jack Kinsella According to the International Standard Bible Encyclopedia, the Hebrew word…