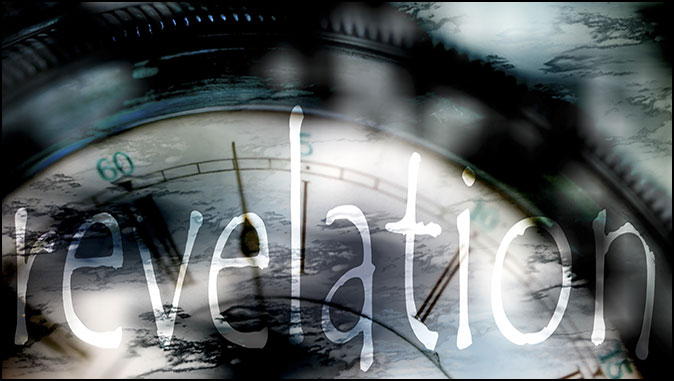 The Signature of God – Part 3
By Jack Kinsella

As we’ve already seen, prophecy is God’s Signature. It proves the Divine Authorship of the Bible and establishes beyond all doubt that the Scriptures are truly the Word of God.

It was God Himself Who hurled the challenge to the pretenders, saying, “Shew the things that are to come hereafter, that we may know that ye are gods: yea, do good, or do evil, that we may be dismayed, and behold it together.” (Isaiah 41:23) Because only God can know the future.

Consider what it means for Ezekiel to describe, 2500 years in advance, the geopolitical alliances of the 21st century. It was only sixty years ago that the world was at war — the alliances described by Ezekiel didn’t exist until that war forced them into being.

It was from the ashes of the Holocaust that the nation of Israel was reborn, setting events in motion for the Final Confrontation to come. But take a second and see it in all its majesty with me.

Sixty years…six hundred years…sixteen hundred years…double that — it makes no difference. Every single event in every single generation from the day God revealed the future HAD to be exactly in order. What if Hitler’s maternal great-great-grandmother had died at birth? Would the Holocaust have occurred? Would Israel now occupy that narrow strip along the Mediterranean?

Would the Jews of Europe still be content in their homes and businesses, as they had been before Hitler’s madness? Without that single life, sometime in the 18th century, what would the world look like today?

The Scriptures say that the ‘hairs on your head are numbered’ — multiply that times every single person who ever lived. Every single one of them had free will choices and the choices made by our ancestors, no matter how far back we go, shaped the world we live in today. The same one foretold by the prophets.

Imagine picking out the winning team in the 2234 World Series? Who knows if we’ll even still play baseball?

But the Hebrew prophets named alliances between nations that didn’t exist in their world, and in some cases, didn’t exist until this generation.

Now we’ll look at ten prophecies in the process of fulfillment in this generation.

It’s often been said that the ‘devil’s greatest trick is convincing people that he doesn’t exist’. Deception has been raised in this generation to an art form. We expect to be deceived by our politicians, our entertainment, advertisers and the media.

2. An increase in disasters and wars. “And ye shall hear of wars and rumours of wars: see that ye be not troubled: for all these things must come to pass, but the end is not yet.” (24:6) World War One and World War Two were cataclysmic events that shaped the 20th century, but they were domestic disputes in comparison with what World War Three with the Soviet Union would have looked like. For fifty years, the two sides were locked in ideological combat in what history calls the Cold War. Every morning for fifty years, each side woke up wondering if the Cold War would turn hot — the ultimate rumor of war — that ended only a decade ago. But, as Jesus noted, see that ye not be troubled, for the is not yet. And it wasn’t.

3. The great “Falling Away”. “Let no man deceive you by any means: for that day shall not come, except there come a falling away first, and that man of sin be revealed, the son of perdition” (2 Thessalonians 2:3)

The Alabama Courthouse tragedy in which the Chief Justice of the Alabama Supreme Court lost his job for refusing to uproot a monument to the 10 Commandments from the courthouse is just the most recent example. I needn’t waste column inches on other examples. You know them as well as I.

4. “But thou, O Daniel, shut up the words, and seal the book, even to the time of the end: many shall run to and fro, and knowledge shall be increased.” (Daniel 12:4). Until the beginning of the 20th century, very few commentaries existed on either Daniel or the Revelation. Both were considered to be filled with metaphors and symbolism. Even Calvin and Luther passed up the challenge. The words were ‘sealed UNTIL THE TIME OF THE END’.

In this generation, the mysteries of Daniel and Revelation are largely unlocked.

Columbus sailed to the New World 1500 years after the Apostle Paul made his Mediterranean journey. Both sailed on wooden ships equipped with sails, as did ships until the end of the 19th century. One hundred years later, the same trip takes a few hours by air. 1900 years to get from Paul’s ship to the Titanic. Sixty years later, Neil Armstrong walked on the moon. We certainly can go ‘to and fro’.

Moore’s Law says that computer capacity doubles every 18 months. Knowledge is increasing at an exponential rate. There is technology being developed to make computers out of strands of DNA.

5. “And because iniquity shall abound, the love of many shall wax cold.” (Matthew 24:12) — Anybody else notice how many parents are murdering their children lately? Each of you can make as strong a case for the increasing tolerance of sin and the collapsing moral structure of society as eloquently as I can.

6. The emergence of the antichrist. Daniel says that the antichrist’s seminal act of power will be to make peace between Israel and her neighbors. Until this generation, there was no Israel to be at war. Today, the effort to bring peace is the single most important foreign policy goal of the US, EU, UN and Russia — who together form the “Quartet” that developed the current ‘road map’. The world is crying for a leader who can solve the global problems of the Middle East, terrorism and outlaw nations. Today. In this generation.

7. Earthquakes, Famines, Wars and Pestilences — Matthew 24:7 speaks to all of these as being like labor pains — growing in intensity and frequency as the time approaches. Earthquake activity is demonstrably on the increase, while ethnic wars rage across Africa and entire populations face starvation at a time when other countries are throwing leftovers in the garbage.

The entire sub-Saharan continent of Africa is facing extinction by the pestilence of AIDS — while the technology exists to arrest it. We can make computers out of DNA strands, but the earthquakes, famines, wars and pestilences just keep getting more intense.

“And God saw that the wickedness of man was great in the earth, and that every imagination of the thoughts of his heart was only evil continually” (Genesis 6:5) That wickedness is the hallmark of this age can be proved by picking up a newspaper. The president refers to ‘evil’ and ‘evildoers’ in every speech. What could be more wicked than deliberately blowing up a bus filled with children to make a political statement?

Television could be described as ‘imagination in a box’. We are entertained by vicariously participating in the story line. What entertains us the most? According to the box office receipts, murder, mayhem, war, destruction, occultic fantasy and sex.

Lot lived in Sodom, a place where homosexuality was rampant and widely accepted as an acceptable alternative lifestyle. Today, we have parades for homosexuals in drag, or in various stages of undress, flaunting their wickedness to the enthusiastic applause of the audience. (Romans 1:32)

9. “And this gospel of the kingdom shall be preached in all the world for a witness unto all nations; and then shall the end come.” (Matthew 24:14) Right now, some of you are reading these words in South Africa. Others in the UK. Still others in New Zealand, Australia, Mexico City, Vancouver, Nigeria and Bahrain. That’s just the Omega Letter subscribers. There are literally thousands of Christian websites doing the same thing, with the same global reach. Soon, there will be no corner of the earth that the Gospel has not penetrated. Jesus said that once that happens, THEN shall the end come.

10. “For there shall arise false Christs, and false prophets, and shall shew great signs and wonders; insomuch that, if it were possible, they shall deceive the very elect.” (Matthew 24:24) I could make a list. But so could you.

Bible prophecy is the Signature of God, the proof of His existence and the assurance we have of our salvation. “We have also a more sure word of prophecy; whereunto ye do well that ye take heed, as unto a light that shineth in a dark place, until the day dawn, and the day star arise in your hearts:” (2 Peter 1:19)

The same Voice that proclaimed, “So shall my word be that goeth forth out of my mouth: it shall not return unto me void, but it shall accomplish that which I please, and it shall prosper in the thing whereto I sent it. (Isaiah 55:11) also proclaimed, “And I give unto them eternal life; and they shall never perish, neither shall any man pluck them out of my hand.” (John 10:28)

He also said, “And when these things begin to come to pass, then look up, and lift up your heads; for your redemption draweth nigh.” (Luke 21:28)

Tell your friends. The King is coming!