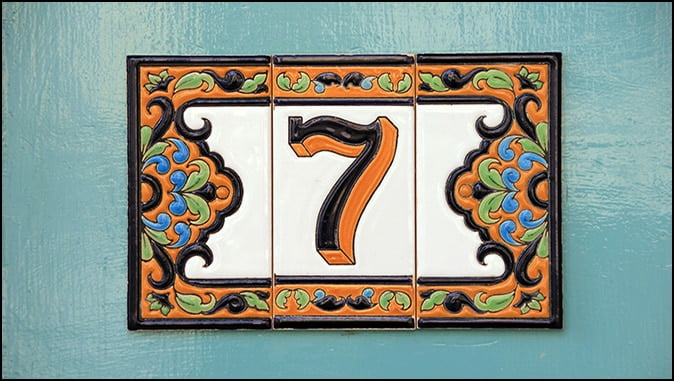 The Seven Dispensations of Scripture
By Jack Kinsella

From time to time I get emails from readers asking me if I would address a particular doctrinal issue. Sometimes they are hostile, hoping to trip me up. Other times they are genuinely interested in the answer. But always, they are interesting.

The following email isn’t that recent, but for the benefit of newly joined OL members, it may be worth a revisit.

Dear Jack: I have searched your archives for information on dispensationalism. There are several articles, but nothing that really breaks it down. I have been reading a little on other sites, but ended up more confused than before. I get the basic idea of it, but I know you have the knack of putting it in layman’s terms.

Well, when you put it that way, how can I resist?

Dispensationalism advocates a form of premillennialism in which it sees the past, present, and future as a number of successive administrations, or “dispensations” (Eph 3:2, KJV), each of which emphasizes aspects of the covenants between God and various peoples at various times.

As a theological system, it supplies an interpretive grid for understanding the flow of the Bible as a whole. While ‘Dispensations’ are not ages, but stewardships, or administrations, we tend to see them now as ages since we look back on specific time periods when they were in force.

For that reason, this present dispensation is often called the ‘Church Age’ or the ‘Age of Grace.’

– Innocence – Adam
– Conscience – After man sinned, up to the flood
– Government – After the flood, man allowed to eat meat, death penalty instituted
– Promise – Abraham up to Moses and the giving of the Law
– Law – Moses to the cross
– Grace – The cross to the Millennial Kingdom
– Millennial Kingdom – A 1000 year reign of Christ on earth centered in Jerusalem

One of the most difficult aspects of interpreting the Scriptures is determining those aspects which are continuous (have not changed over time) from those which are discontinuous (changed with time).

For example, salvation has always come by grace through faith. That is ‘continuous’. However, the prohibitions on eating unclean meats has changed over time. (Acts 10:10-17) That is an example of discontinuity by Dispensation.

These are all essentially based on the same principle; that there was a discontinuity between Peter and the early Church and Paul in the later Church.

Mid-Acts Dispensationalism is based on the belief that the present church began during the Mid-Acts period (sometime between Acts 9 and Acts 15).

This view denies the dispensation of grace was in effect until after that time.

Instead, they theorize that the six epistles Paul wrote during the Acts period (Romans, Galatians, both Corinthian epistles, and both Thessalonian epistles) were written exclusively to Gentiles who were allied with Israel, while Paul’s prison epistles (written after Acts 28) were all written to believers like us, who have never been allied with Israel.

So, because believers today did not hear the Gospel for the first time in a Jewish synagogue, we never “blessed” Israel, as those during the book of Acts did.

The conclusion is therefore drawn that none of those six epistles Paul wrote during the Acts period are written directly to us today.

Since we no longer need to be allied with Israel in order to hear the Gospel (unlike those Gentiles to whom Paul preached in the Jewish synagogues), this would mean that only Paul’s prison epistles would addressed directly to the modern Church.

To summarize this teaching, one could say that its advocates believe Paul actually changed his doctrine after he wrote his Acts epistles.

(Which is why I reject it on the basis of both logic and Scripture.)

Like most popular theological positions, supporters of mid-Acts Dispensationalism have a list of Scriptures that, at first glance, seem to favor the hyperdispensationalist position.

But like those other positions, they have to be accepted in a vacuum — since nothing can be done with the contradicting Scriptures, those are simply ignored, in much the same way that post-millennialists ignore the Rapture passages.

With all the various schools of thought out there, how does one truly know he is following the right path? The literal method of interpretation is the key.

In other words, if the clear sense of Scripture makes plain sense as written, seeking some hidden sense yields nonsense.

Using the literal method of interpreting the biblical covenants and prophecy leads to a specific set of core beliefs about God’s kingdom program, and what the future will hold for ethnic Israel and for the Church.

The Bible demands a distinction between Israel and the Church, and depicts a promised future earthly reign of Christ on the throne of David. (The Davidic Kingdom.)

This leads one to some very specific conclusions about the last days as outlined by Bible Prophecy:

– Israel must be re-gathered to their land as promised by God.

– Daniel’s seventieth week prophecy specifically refers to the purging of the nation Israel, and not the Church. These were the clear words spoken to Daniel. The church doesn’t need purging from sin. It is already clean.

– Some of the warnings in Matthew 24 are directed at the Jews, and not the Church (since God will be finishing His plan with national Israel)

– A Pretribulation rapture – Israel is seen in Daniel as the key player during the tribulation, not the Church. God removes the elect when He brings judgment on the world. i.e. Noah, John 14, 1 Thessonians 4:16. etc..

– Premillennialism – A literal 1000 year Millennial Kingdom, where Christ returns before the Millennium starts. Revelation 20 doesn’t give us a reason to interpret the 1000 years as symbolic. Also, Dispensationalists see the promised literal reign of Christ depicted in the Old Testament by the Prophet Isaiah.

Unsurprisingly, hyperdispensationalists are just as disagreeable when challenged as are preterists, post millennialists, “Kingdom Now” and Dominionist theologians.

Understanding the Dispensations of God is necessary to rightly dividing the Word, and is therefore important, but has no bearing on the seminal issue of salvation. It really isn’t worth fighting over.

Covenant theology, for example, has no explanation for the restoration of Israel.

Covenant theologians take the position that Biblical Israel was destroyed in AD 70 as punishment for crucifying the Messiah and the covenant between God and the Jews was transferred to the Church. Modern Israel holds no special place in the plan of God, and there is no kinship between the Church and Israel.

In this view, the Church itself has but one unique characteristic. Unlike everybody else, believers will be judged twice.

They are judged to be innocent by virtue of having accepted Christ’s sacrifice as full payment for their sins, but nonetheless will suffer the judgment of God on a Christ-rejecting world.

This muddies the Scriptures and blurs the distinctions between the Church and the world, but it plays no role in one’s salvation.

One can wrongly interpret the Word regarding the details of the last days’ scenario and still be a sincere, born-again, Blood-bought Christian who will go to heaven when one dies, or be translated at the Rapture. (Even if one doesn’t believe in it).

Now that we’ve examined the various arguments about what the Bible doesn’t say concerning the Rapture, it might be more helpful to the rest of our study if we examine some of the things it does say.

First, notice that the Rapture involves some movement of believers from the earth to Heaven:

“For the Lord Himself shall descend from heaven with a shout, with the voice of the archangel, and with the trump of God: and the dead in Christ shall rise first: Then we which are alive and remain shall be caught up together with them in the clouds, to meet the Lord in the air: and so shall we ever be with the Lord.” (1 Thessalonians 4:17)

The ‘dead in Christ’ rise first, those believers who are ‘alive and remain shall be caught up together with them in the clouds. The operative word here is ‘rise’.

At the Second Coming, the Lord returns WITH His saints;

“To the end He may stablish your hearts unblameable in holiness before God, even our Father, at the coming of our Lord Jesus Christ with all His saints.” (1st Thessalonians 3:13)

What would be the point of Rapturing the Church then, anyway? The Lord returns to establish His kingdom on earth.

“And before Him shall be gathered all nations: and He shall separate them one from another, as a shepherd divideth his sheep from the goats: And He shall set the sheep on His right Hand, but the goats on the left.” (Matthew 25:32-33)

So why pull out all the Christians at His Second Coming? Who will be left for Him to rule?

Who would be able to enter into Christ’s Millennial Kingdom on earth? Revelation 19:7-8 says,

“Let us be glad and rejoice, and give honour to him: for the marriage of the Lamb is come, and his wife hath made herself ready. And to her was granted that she should be arrayed in fine linen, clean and white: for the fine linen is the righteousness of saints.”

If the Bride is made ready to accompany Christ to the earth at the Second Coming, (while part of the bride is still on earth during the Tribulation) then how does the Bride (the church) also come with Christ at His Return? There is the example of Enoch.

Not only does Enoch prefigure the Rapture, note that Enoch’s Rapture was pre-Flood, not mid-Flood, or post-Flood. The Scriptures are plain, clear and concise on the topic of a pre-Tribulation Rapture — provided one interprets the Bible literally, instead of figuratively or symbolically.

The pre-Tribulation Rapture is often called the “Blessed Hope” by those who look for His return before the Tribulation begins. Those who believe the Church will go through the Tribulation sneeringly call it the ‘Great Escape’.

Don’t let anybody steal away your Blessed Hope:

“For if the dead rise not, then is not Christ raised: And if Christ be not raised, your faith is vain; ye are yet in your sins. Then they also which are fallen asleep in Christ are perished. If in this life only we have hope in Christ, we are of all men most miserable.” (1st Corinthians 15:16-19)

The Rapture happens before the Tribulation, which means that He is coming for us soon! Call it the Blessed Hope or the Great Escape, but He IS coming. And I believe that the Bible tells us, with a high degree of certainty, the correct order of events.

First the Rapture, and then the Tribulation.

“Wherefore, comfort one another with these words.” (1 Thessalonians 4:18)