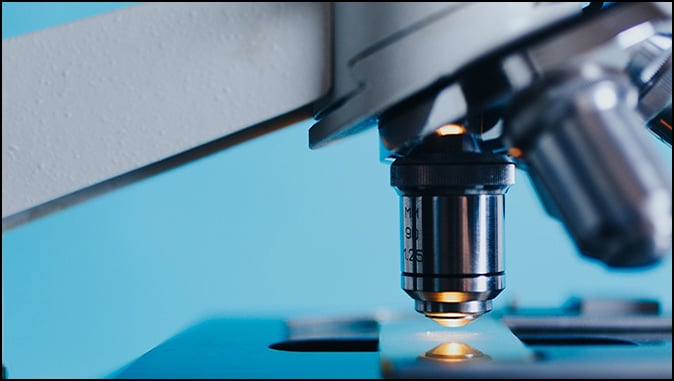 The Science of The Cross
By Jack Kinsella

The particle, whose existence has been predicted by theoreticians, would help to explain why matter has mass. Finding the Higgs boson is the major goal of the Large Hadron Collider at CERN along the French –Swiss border.

CERN’s research was interrupted when an accident damaged some of the magnets that make up its collider ring.

Identifying the so-called God Particle has been a target for the European Organization for Nuclear Research (Cern) ever since the LHC was first conceived in the early 1980s.

At the launch of the LHC near Geneva in September, some scientists predicted the Higgs would be revealed as soon as summer 2009.

But just one week later, an accident occurred which will halt experiments at the accelerator for at least 12 months.

CERN has been in competition with the US Fermilab, also seeking confirmation of Higgs boson using its own particle accelerator called the Tevatron. The smaller the mass of the particle, the more difficult and time-consuming it will be for Fermilab to detect.

But Fermilab estimates that the Tevatron has already picked out about eight collision events which may be hints of the Higgs.

Think of the Higgs field as a big pool of molasses that causes all the massless particles that travel through that field to come together, converting them to particles with mass that form the components of atoms.

In theory, without the Higgs boson, nothing in the universe could have mass. Without it, the universe and all that is in it would be without form and void.

The Higgs boson was first theorized by science in 1964 – but it was first revealed some 1900 years before that.

“Because that which may be known of God is manifest in them, for God hath shewed it unto them. For the invisible things of Him from the creation of the world are clearly seen, being understood by the things that are made, even His eternal power and Godhead; so that they are without excuse:” (Romans 1:19-20)

At the Cross, at the Cross
Where I first saw the Light
And the burden of my heart rolled away,
It was there by faith I received my sight,
And now, I am happy all the day.

The more we learn about the ‘invisible things of creation’ the more difficult it is to reconcile that creation with the theory of unguided evolution.

The Higgs boson is nicknamed the “God Particle” because it does exactly what the Bible says God does – He holds the universe together.

“Who is the image of the invisible God, the firstborn [prototokos] of every creature. For by Him were all things created, that are in heaven, and that are in earth, visible and invisible, whether they be thrones, or dominions, or principalities, or powers: all things were created by Him, and for Him: And He is before all things, and by Him all things consist (sunistemi).” (Colossians 1:15-17)

Look over those verses again, carefully. One of the key words in the Colossians passage above is the Greek word sunistemi which means “to stand-together,” “to be compacted together,” “to cohere,” “to be constituted with.”

The nucleus of the atom contains positively charged and neutral particles-to use a simplistic model. Mutual electrostatic repulsion between the like-positive protons would drive the nucleus apart if it were not for the “strong force” which binds the nucleus together.

There is thus an active force imposed on the universe, which actively holds the very atoms of the material world together moment by moment, day by day, century by century.

Similarly, accelerated electrons circling the nucleus should quickly radiate all their energy away and fall into the nucleus unless there is an invisible energy source to counteract this.

While we’ve not yet identified the God particle, we have managed to split it. The resultant explosion that occurs is called an ‘atomic reaction’.

It is hard to imagine what would happen if every atom was suddenly allowed to come apart.

The Apostle Peter was given a vision of the unimaginable, and he did his best to describe the scene.

“But the day of the Lord will come as a thief in the night; in the which the heavens shall pass away with a great noise, and the elements shall melt with fervent heat, the earth also and the works that are therein shall be burned up.” (2nd Peter 3:10)

The more we learn about science, the more it confirms the Bible. Peter is here perfectly describing a scientific process that wasn’t learned until 1945.

“Looking for and hasting unto the coming of the day of God, wherein the heavens being on fire shall be dissolved, and the elements shall melt with fervent heat? (2nd Peter 3:12)

The Big Bang theory demands that time move more rapidly at the edges, and more slowly at the center as the universe expands.

Einstein’s theory of relativity says while the expansion of the universe took billions of years as measured from the outer edges, viewed from the center, it would have only taken a matter of days. So the six days of creation are compatible with science after all.

Now, let’s return to Colossians again. “In Him all things sunistemi.”

While scientists attempt to find the “God particle” that holds the atoms together, science has already located, identified and mapped the glue that holds each of us together at the cellular level.

Laminin essentially “glues” the cells (such as those lining the stomach and intestines) to a foundation of connective tissue. This keeps the cells in place and allows them to function properly. Without laminin your cells would fall apart.

The structure of laminin is very important for its function. It is that structure that I found so amazing when Pastor Gene Payne of Raleigh, NC sent me a photo. It was so amazing that, although I respect Pastor Payne enormously, I immediately suspected he’d been taken in by hoax and checked it out on Snopes.

Snopes confirmed it to be true. It is NOT a hoax.

I was going to embed a photo of laminin, but decided instead to post a link to the photo Pastor Payne sent me so you can see what laminin looks like now that you know what it is. I want you to be as awestruck as I was. 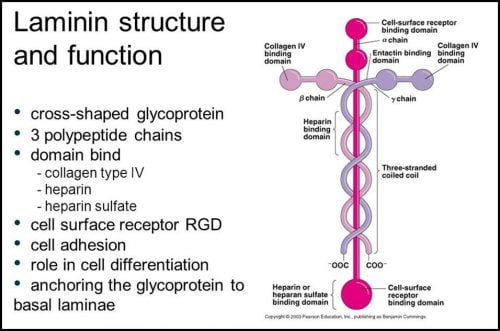 This is the structure that holds you together.

“The fool hath said in his heart, there is no God.”