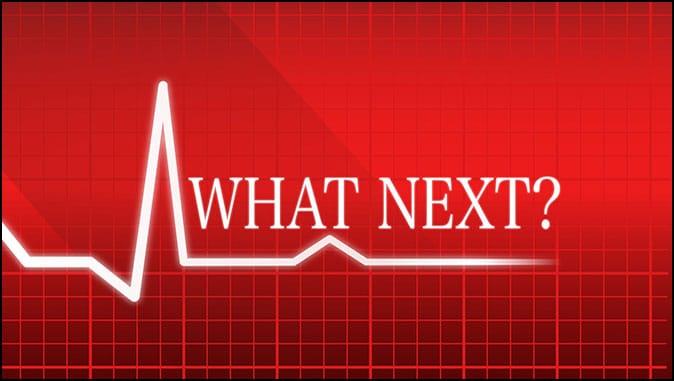 The Rest of the Story
By Jack Kinsella

I was a bit surprised by the confusion generated by yesterday’s report on the NDE phenomenon. So I will address those concerns first before moving on.

There is such a thing as Near Death Experiences. Whether they are the result of a chemical reaction that takes place as the brain dies or an actual spiritual experience is what the studies are aimed at determining.

But people report them, and there are medical studies that examine them. So, whether chemical reactions or actual experiences, they are real enough to those who report them.

The Apostle Paul reported that, having been stoned to the point of death outside the city of Lystra, he then found himself in the ‘third heaven’ where he received Divine revelation. (2nd Corinthians 12:2-7)

There is, therefore at least peripheral Scriptural precedent for the concept.

NDE’s are NOT evidence a person is saved; many of those who reported NDE’s report not only seeing hell, but report encounters with demons and hellfire.

If Near Death Experiences are evidence of anything, they are evidence that there is something that exists beyond this life.

Near Death Experiences are not doctrinal. They are not anti-doctrinal. They play no role in a person’s salvation or condemnation. Nobody can experience it except the person involved.

Very few details of what they report back about their experiences line up with advanced Bible doctrine, but that’s irrelevant. Mature Christians aren’t looking to someone’s recollection of what happened when they were in a coma for doctrinal truths — that’s what Scripture is for.

Neither are NDE’s an evangelical tool one could use to lead somebody to Christ. Most NDE’s provide just as much ‘evidence’ of Buddha as they do of Jesus — NDE’s only indicate that there is something beyond this life.

It’s mission and purpose is to inform you so that you aren’t blindsided by critics and to equip you with the information necessary to answer the hard questions from Scripture.

When a lost person asks about NDE’s, there are two possible ways to address the question. The first is to categorically reject them despite the reams of documentary evidence that they take place.

The second is to know something about the phenomenon, the research that is ongoing, and if there are Scriptures that either support or oppose the existence of the phenomenon on doctrinal grounds.

It is my personal position that it is possible to be informed about the existence of something without necessarily being a supporter of it. I am informed about NDE’s because people ask about it.

I have informed you — but that doesn’t mean I have embraced NDE’s as some kind of doctrine.

I do, however, see evidence of the doctrine of eternal security reflected in the NDE reports, as I indicated yesterday. Some unsaved folks reported hellish experiences, while some folks whom one might presume were unsaved reported heavenly experiences.

While one might have expected all of them to report a hellish experience, they did not, so it is at least possible that some of them may have been saved as youngsters.

I am encouraged that people I might have judged as lost based on my assessment of their lives may not be.

That revives in me the hope that somebody already passed on may have been saved at some point earlier in their lives, even if they turned away from Christ later.

I have hope, (albeit a dim one) that perhaps my Dad, who died in 1975, may have at some point in his life cried out to Jesus for salvation. (Maybe in a foxhole in WWII — I don’t know).

I wasn’t saved when he died, so I didn’t pay that much attention to his spiritual condition. I find in the NDE reports the possibility that not everybody I might have presumed to be lost actually was.

It doesn’t prove anything to the point of certainty, but it does give me some measure of comfort to think it is at least possible I might see my Dad again in heaven.

That is not a softening of my doctrinal position — I believe eternal security is clearly taught by Scripture.

Therefore if my Dad was saved, I will see him in heaven. If not, I won’t. But if I MIGHT — well, that’s a source of great comfort to me.

Heaven and hell are destinations after we depart this life. The Near Death Experience deals only with the first steps of the journey, not the destination.

People have been revived from clinical death after long periods of time. If death de-links the ghost from the machine, so to speak, then what are described as near death experiences seem both inevitable and necessary.

Does the soul stay with the body until it is no longer medically possible to revive it?

How long is that?

Finally, to the question, why would God do that? Did He make a mistake? Didn’t He know that person was coming?

When I got saved, I went to a church, heard the Gospel message, but I didn’t respond to the altar call. If there WERE a heaven and hell, I knew I didn’t want to go to hell.

But I didn’t really believe there was anything after this life anyway, so why embrace what may have ultimately have been a meaningless lifestyle?

I woke up in the middle of the night and realized my bedroom was freezing. I became aware of some kind of malevolent presence in the room that filled me with a sense of horror unlike any I’ve ever felt before or since.

The pastor of the church had given me a pocket New Testament that day — I grabbed it and, not knowing what else to do, put it under my pillow, closed my eyes tight, and went back to sleep.

That night, the enemy had overplayed his hand. He intended to scare me away from that church but in so doing, inadvertently answered the question that proved his undoing.

I only needed to know the choice was between two REAL alternatives. I don’t know why God allowed THAT, either. But God did.

Near Death Experiences accomplish the same thing — they demonstrate a choice between two REAL alternatives.

Yesterday’s OL looked at death as a process rather than a state of being. The research being done is medical, not religious, spiritual or doctrinal. The doctors involved are using accepted scientific methods of investigation and are peer-reviewed every step of the way.

Without any particular faith or any particular religious tradition, based entirely on medical records and anecdotal evidence, here is what they found.

At some point in the dying process, the scientific evidence points to a physical separation of one’s spirit from one’s body.

The brain shuts down but the mind — that part that makes you you continues on.

Knowing THAT, where one chooses to continue on to is a real decision about a real eternity.

One that demands a real Savior.