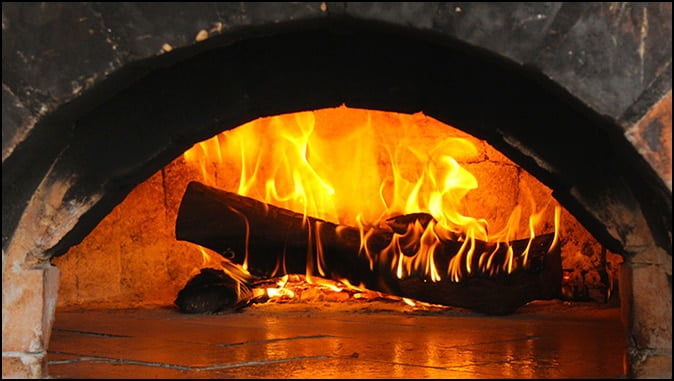 The Prophet Daniel
By Jack Kinsella

”And arms shall stand on his part, and they shall pollute the sanctuary of strength, and shall take away the daily sacrifice, and they shall place the abomination that maketh desolate.” (Daniel 11:31)

Six hundred years after Daniel, Jesus Christ also made reference to both the ‘abomination’ and the Prophet who foretold it.

“When ye therefore shall see the abomination of desolation, spoken of by Daniel the prophet, stand in the holy place, (whoso readeth, let him understand:)” (Matthew 24:15)

There are those who argue that, because of Daniel’s astonishing accuracy in foretelling the rise and fall of Babylon, Medo-Persia and Alexander the Great’s Greek Empire, the Book of Daniel must be a forgery written long after the prophet’s death.

“Because its religious ideas do not belong to the 6th century BC, numerous scholars date Daniel in the first half of the 2nd century BC and relate the visions to the persecution of the Jews under Antiochus IV Epiphanes (175–164/163 BC). . . The unknown author may have drawn inspiration from Ugaritic and Phoenician sources that speak of a legendary figure notable for his righteousness and wisdom.”

These ‘scholars’ run into a bit of a problem with their argument, since the Gospels specifically identify Daniel as a prophet. If Daniel wasn’t a prophet and if he did not pen the book bearing his name, then it follows that Jesus Christ could not be the Son of God.

If Jesus is the Son of God, then He is also the One Who makes an appearance in Daniel’s narrative. King Nebuchadnezzar demanded that he be worshipped as a god. Three Hebrew captives (and companions to Daniel), Shadrach, Meshach, and Abednego refused.

Nebuchadnezzar ordered the three men thrown into a furnace to be burned alive. Later, he looked in, and then questioned his counsellors:

“Did not we cast three men bound into the midst of the fire? They answered and said unto the king, True, O king.”

But there were four figures visible in the flames, and it was Nebuchadnezzar himself who identified the mystery figure:

Jesus identified Daniel as a prophet and quoted from the Book of Daniel in His sermon. If Daniel is a forgery, then Jesus could not be anything more than a fraud.

Jesus trusted Daniel enough to quote him in a sermon. I trust Jesus for my eternal salvation. Logically, I can also trust the Book of Daniel as a Divinely inspired work of God.

Now, what is the ‘abomination of desolation’ to which Jesus refers? There are two answers — one from history and the second from prophecy. When Alexander the Great’s empire broke up, it resolved into four major kingdoms.

Seleucus was one of Alexander’s generals, and came to control the Syrian portion of the empire. Syria was one of the two dominant divisions of the empire, and continued through twenty kings. Antiochus IV was the eighth king of the Selucid Empire.

Antiochus IV had two key passions which are worthy of note, since they bear on the prophecy. He hated the Jews, and he fancied himself a conqueror in the mold of his father, Antiochus III Magnus (“the Great”).

In 167 BC, Antiochus Epiphanes raided the Temple, entered into the Holy of Holies and sacrificed a pig on the altar. Of singular importance for our understanding of prophecy is that Antiochus did not destroy any part of the temple.

He did build extra structures, including pagan “enhancements” to the altar of sacrifice. However, none of this can be considered “throw(ing) down” the foundations of the sanctuary.

Jesus referred to the “abomination of desolation” in the context of the signs of His return.

Jesus was not referring to an historical event as the fulfillment of His prophecy, He was providing an example from history of what such an event meant.

The abomination of desolation, therefore, is a future event that involves the desecration of the Holy of Holies in the Jewish Temple.

Jesus is clearly describing events that take place during the Tribulation Period and He is just as clearly addressing the Jews in the last days, and not the Church. He speaks directly to those Jews who will live in Judea (the West Bank) at that time.

“But pray ye that your flight be not in the winter, neither on the sabbath day: For THEN shall be great tribulation, such as was not since the beginning of the world to this time, no, nor ever shall be.” (Matthew 24:20-21)

Some argue that Jesus is addressing the signs of His return in the last days to the Church, in an effort to support their argument that the Church will be present during the tribulation.

A Jew is not permitted to undertake a journey exceeding 1000 steps on the Sabbath. The Church isn’t bound by Sabbath day restrictions.

So why would Jesus warn the Church to ‘pray’ that the time for flight does not occur on the Sabbath? Applying Jesus’ warning to the Church doesn’t make sense.

But to a religious Jew, it makes perfect sense.

Jesus divides the Tribulation into two parts, splitting it at the point in which the antichrist replicates the abomination committed by Antiochus Epiphanes.

The Apostle Paul reveals that the antichrist will, in the last days, “AS GOD, sitteth in the temple of God, shewing himself that he is God.” (2nd Thessalonians 2:4)

Paul provides another important clue that is often overlooked or omitted when trying to find the presence of the Church during the “Time of Jacob’s Trouble.” (Jeremiah 30:7)

Many critics of a pre-Trib Rapture call the Third Temple the “antichrist’s temple”. Paul describes the Temple in the last days as “the Temple of God”.

The Tribulation is the 70th Week of Daniel. Jeremiah refers to it as the Time of Jacob’s Trouble. Jesus warns of persecution that will come on Sabbath-keeping Jews.

Where is the Church? What is the role of the Church during the Tribulation?

To answer that question, we need look at the role of the Church in the Church Age.

“Go ye therefore, and teach all nations, baptizing them in the Name of the Father, and of the Son, and of the Holy Ghost:” (Matthew 28:19)

But during the Tribulation, the Great Commission is carried out, not by the Church, but by an angel appointed to the task by God.

“And I saw another angel fly in the midst of heaven, having the everlasting gospel to PREACH TO THEM THAT DWELL ON THE EARTH, and to every nation, and kindred, and tongue, and people. (Revelation 14:6)

Those who argue against a pre-Trib Rapture claim the role of the Church in the last days is to be massacred. To what purpose? To bring the Church to Christ? Clearly not, since by definition, the Church is already Christ’s.

Jesus promised the Church in Matthew 16:18 that “the gates of hell shall not prevail against it.” But we then read in Revelation 13:7 “And it was given unto him (the religious beast) to make war with the saints, and to overcome them.”

Which is it? Do we prevail, or does the antichrist? Apart from Dispensationalism, the two statements contradict.

But if the Church Age is over and the Tribulation period is the time of ‘Jacob’s Trouble’ and judgment against ‘them that dwell upon the earth’ rather than for the Church, then Scriptural harmony is restored.

One can only conclude the Pre-tribulation Rapture scenario is the view that is most harmonious with Scripture, particularly when given the added dimension of actually watching the preparations unfold before our very eyes.

But our faith isn’t in WHEN Christ comes, it is in the fact that Christ IS coming soon. And the Rapture Debate is one more evidence of that fact.

Notice that the debate isn’t over whether or not the Lord will come in this generation. For most, that is not even an issue.

A century ago, they were debating over whether He was coming at all. Today, we’re fighting over His coming within a seven-year time frame.

The evidence (and logic) both indicate that we are living in the last generation in history. It also indicates that there are people reading my words — right now — who will never, ever die in the traditional sense, but will be caught up alive to be with the Lord.

“For the Lord Himself shall descend from heaven with a shout, with the voice of the archangel, and with the trump of God: and the dead in Christ shall rise first: Then we which are alive and remain shall be caught up together with them in the clouds, to meet the Lord in the air: and so shall we ever be with the Lord.”

If that event is to take place at some point after all the Christians are massacred by the antichrist, then Paul’s next words make very little sense:

“Wherefore, comfort one another with these words.” (1st Thessalonians 4:16-18)

The Doctor Will Kill You, Now

The Doctor Will Kill You, Now By Jack Kinsella Holland legalized most recreational drug use…

Nothing But The Blood

That Old Black Magic By Jack Kinsella You can’t get a date. You’ve developed a…

Asher’s Foot By Jack Kinsella “And as for Ishmael, I have heard thee: Behold, I…

Sudden Fear — And the Desolation of the Wicked