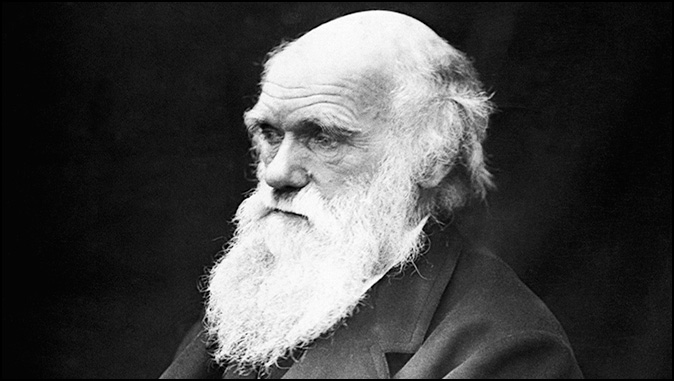 The Missing Link
By Jack Kinsella

Originally Published in May 2009.

According to the headlines over at the Drudge Report, science has at long last found the ‘missing link’ — a fossil of a creature in the process of evolving.

It is being heralded as the “Eighth Wonder of the World” by paleontologist Sir David Attenborough, who said that “Darwin would have been thrilled” at the discovery of the fossil, nicknamed, “Ida.”

Noted SkyNews; “The search for a direct connection between humans and the rest of the animal kingdom has taken 200 years – but it was presented to the world today at a special news conference in New York.”

Secular humanists say proof of this transitional species finally confirms Charles Darwin’s theory of evolution. There are millions of fossils — this is the FIRST one to validate the theory in all of the museums in all of the world in all these years — so isn’t anybody even a wee bit skeptical?

Evidently not, since the discovery of the 95%-complete ‘lemur monkey’ – dubbed Ida – is described by experts as the “eighth wonder of the world”. They say its impact on the world of palaeontology will be “somewhat like an asteroid falling down to Earth”.

With her human-like nails instead of claws, and opposable big toes, she is placed at the very root of human evolution when early primates first developed features that would eventually develop into our own.

Another important discovery, they say, is the shape of the talus bone in her foot, similar to that found in human feet today.

Sir David Attenborough said Darwin “would have been thrilled” to have seen the fossil – and says it tells us who we are and where we came from.

“This little creature is going to show us our connection with the rest of the mammals,” he said. “This is the one that connects us directly with them.

“Now people can say ‘okay we are primates, show us the link’. “The link they would have said up to now is missing – well it’s no longer missing.”

Are you KIDDING me?

Ordinarily, actual scientists are reluctant to make absolute statements about something they can’t prove absolutely. But when it comes to evolution, all the rules governing scientific evidence go out the window.

Evolutionary science is desperate to produce evidence of the missing link and here’s why.

Pick a creature. Any creature; elephant, bat, mole, caterpillar, parakeet — it doesn’t matter, since they ALL started out in the same primordial soup.

In 47 million years, don’t you think it a bit strange that there isn’t a fossil of whatever creature you picked in transition from whatever else it used to be? And don’t you find it even more odd that the first one they claim has ever been found was of something on its way to being human?

Nothing on its way from becoming one species into another? On this whole earth? In 47,000,000 years? Aren’t those rather long odds?

The revelation of a single fossil out of all the transitional life-forms over an alleged 47,000,000 time frame isn’t exactly a smoking gun. But it is enough for the True Believers in any explanation that doesn’t include a Creator God to whom they might be accountable.

Darwinism is the sacred text of secular humanism, which can be defined as a religious worldview based on atheism, naturalism, evolution and ethical relativism. It has its own devil — the belief in God.

Secular humanism’s battle with God is as old as humanity itself. In the Garden, Satan tempted Eve with the promise that her eyes would be opened and ‘ye shall be as gods’. – [Genesis 3:5]

Paul describes the worldview of secular humanism this way: “Professing themselves to be wise, they became fools…Who changed the truth of God into a lie, and worshipped and served the creature more than the Creator, who is blessed for ever.” [Romans 1:21,25]

There will be lots of hype and hoopla to come over Ida. Serious-sounding academics with serious-sounding credentials will be all over the media explaining the significance of the Ida fossil.

It will sound very significant, I’ve no doubt. But keep this in mind as you watch the propaganda campaign unfold. It’s ONE fossil out of an alleged 47 million year old fossil record.

That seems a rather desperate reach. Almost foolish, really.

“The fool hath said in his heart, There is no God. They are corrupt, they have done abominable works, there is none that doeth good.” (Psalms 14:1)