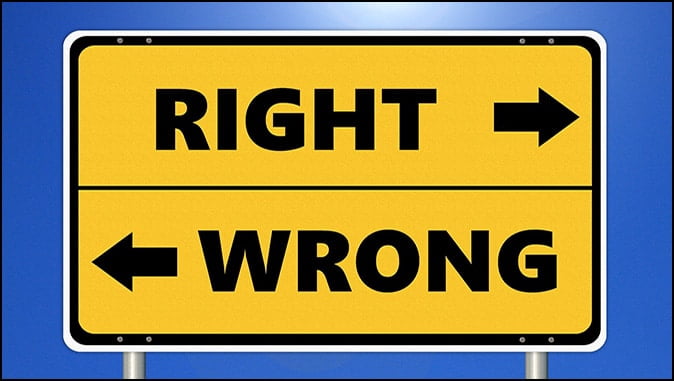 The Man Who Proved God Wrong
By Jack Kinsella

If the skeptics are right and the Bible is really nothing more than an ancient collection of myths and fairy tales, then it shouldn’t be too difficult to prove their case.

After all, since the Bible claims 100% accuracy, the only thing necessary would be to conclusively disprove one single tenet of Scripture. One point, historically, scientifically, medically, geographically…that’s all it would take.

The Bible contains sixty-six different books, written by forty different men, most of whom lived and died in different centuries, in different countries, many of them unaware of other prophets or other prophecies. The writers of the Bible were shepherds and kings, statesmen and beggars.

All the Bible’s writers were ‘non-profit prophets’ — being a prophet of God was not a sought-after job; most prophets lived miserably and died painfully. Most, like Jeremiah, tried to talk God out of hiring them.

Yet with all of that, every book blends seamlessly into the rest, both the books that came before, and those that came AFTER. Some books of the Bible quote other books not yet written at that time. Others quote earlier prophets or sacred writing, but all are harmonious with one another.

The writing of the Scripture is nothing short of miraculous in and of itself. Its preservation over the centuries is mind-boggling, if you let yourself think about it. You and I have both experienced discussions with non-believers convinced they can prove the Bible is wrong.

They rail and babble and quote everybody EXCEPT the Scriptures, and in the end, come away as convinced as when they went in. Or get mad and just go away.

Think how many times similar conversations take place around the world, every single day.

Any discrepancy has been analyzed and re-analyzed by both friend and foe, read and re-read, argued and re-argued, in a million conversations over thousands of years.

Whoever successfully proved the Bible wrong on any point; doctrine, history, archeology, law, medicine, science, or geography would have single-handedly destroyed the basic foundation of the Judeo-Christian ethic.

The Bible says of itself, “All scripture is given by inspiration of God, and is profitable for doctrine, for reproof, for correction, for instruction in righteousness.” (2 Timothy 3:16)

Such a thinker and philosopher would be world-famous. Think of it! The man who proved God wrong! In all those generations, among all those thinkers over all those centuries, that thinker has yet to claim his prize.

The Bible is wholly consistent with known science. The book of Isaiah said the earth was round tens of centuries before Columbus.

Ecclesiates 1:6 reveals that the winds move in cyclonic patterns and Job tells us that light is in motion (Job 38:19-20) thousands of years before weather satellites and Einstein’s calculations proved both to be true.

Medically, the Bible tells us the chemical nature of human life (Genesis 2:7, 3:19) that the life of creatures are in the blood (Leviticus 17:11), the nature of infectious diseases (Leviticus 13:46) and the importance of sanitation to health (Numbers 19, Deuteronomy 23:12-13, Leviticus 7-9) many thousands of years before doctors were still practicing blood-letting as a treatment for disease.

Sometimes, it is necessary to go back and take another look at the Source and meditate on just what a miracle it is in order to get a clearer understanding of what it says. It helps to reconfirm that everything it says is true. Despite thousands of years of editorial criticism, the Bible stands essentially unchanged from when it was first given.

A complete copy of the Book of Isaiah was unearthed as part of the Dead Sea Scroll treasures and is today enshrined in the Dome of the Tablets in Jerusalem. I have personally seen it and marveled at the fact its date could NOT be questioned. It could NOT be younger than the day it was buried in AD 70.

But, apart from grammatical changes made necessary by changes in Hebrew grammar over the centuries, it reads exactly the same way as the Book of Isaiah in your own Bible.

It makes sense to assume the rest of the Scriptures are equally accurate, since there is no evidence to the contrary and all the available evidence supports Scripture.

Where are we going with all this? The Bible’s accuracy is not limited to history, geography, science or medicine. It is equally accurate in describing the events that have not yet taken place.

The prophecies of the Bible are, from God’s perspective, ALREADY history. “…yea, I have spoken it, I will also bring it to pass; I have purposed it, I will also do it.” (Isaiah 46:11)

“Produce your cause, saith the LORD; bring forth your strong reasons, saith the King of Jacob. Let them bring them forth, and shew us what shall happen: let them shew the former things, what they be, that we may consider them, and know the latter end of them; or declare us things for to come. Shew the things that are to come hereafter, that we may know that ye are gods: yea, do good, or do evil, that we may be dismayed, and behold it together.” (Isaiah 41:21:23)

Are you still with me?

Peter reminds us in 2 Peter 1:16, “For we have not followed cunningly devised fables, when we made known unto you the power and coming of our Lord Jesus Christ, but were eyewitnesses of His majesty.”

The Bible is also an eyewitness to the power and coming of our Lord Jesus.

Paul writes; “For the which cause I also suffer these things: nevertheless I am not ashamed: for I KNOW WHOM I HAVE BELIEVED, and am persuaded that He is able to keep that which I have committed unto Him against that day.” (2 Timothy 2:12)

The mission of the Omega Letter is help to train an army of watchmen to declare what they see to a lost and dying world. And to recruit new watchmen to fill in the gaps in the line.

Isaiah writes, “For thus hath the LORD said unto me, Go, set a watchman, let him declare what he seeth.” (Isaiah 21:6)

The mission of the Church is to sound the alarm and to warn a lost and dying world that there IS hope, that Jesus is real, the Bible is true, salvation is attainable and time is running short.

“Therefore said He unto them, The harvest truly is great, but the labourers are few: pray ye therefore the Lord of the harvest, that he would send forth labourers into his harvest.” (Luke 10:1)

And we’d best get to laboring. Until He comes.