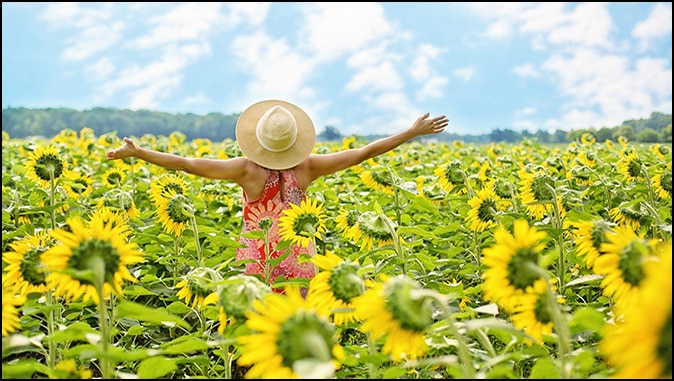 The Joy of Thy Salvation
By Jack Kinsella

King David of Israel is referred to by Scripture as “a man after God’s own Heart.” (Acts 13:22) King David is also the patriarch with the most blood — innocent and otherwise — on his hands.

David was a warrior-king but there is no sin in being a warrior. The OT is filled with accounts of bloody battles being led by God’s hand-picked leaders, from Moses to Joshua to Gideon to David.

But among the patriarchs, David uniquely holds the record for depravity.

David was a king chosen expressly by God Himself. Under David’s rule, Israel became a world superpower.

Despite all that God had given him, David wanted more. David wanted Bathsheeba, who was the wife of one of his most trusted soldiers, Uriah.

David sent Uriah to the battle front with an urgent message for its commander.

Uriah was too loyal to read it, or he would have discovered he was carrying his own death warrant. The message instructed the commander to put Uriah in the thick of battle where he was sure to be killed.

After Uriah’s murder, David claimed Bathsheeba for himself.

Later, convicted of his sin by the prophet Nathan, David went to the Lord in prayer, and in so doing, revealed exactly why David was called “a man after God’s own Heart.”

His prayer of contrition, as recorded in Psalms 51, has inspired sinners for three millennia. Having outlined his sin, David cries out to the Lord, saying;

“Restore unto me the joy of Thy salvation, and uphold me with Thy free Spirit. Then will I teach transgressors thy ways and sinners shall be converted unto Thee.” (Psalms 51:12-13)

Note that what David asked was NOT for a restoration of his salvation, but rather, David prayed that the Lord would restore unto him the “joy of Thy salvation.”

“Salvation: The act of saving; preservation or deliverance from destruction, danger, or great calamity.”

It is one thing to experience salvation, but it is quite another to explain it. Especially to someone that has no Bible background.

Being ‘saved’ — by definition — means that until the moment of salvation a person is ‘lost’. To someone that IS lost, this is a very difficult concept to communicate.

I never cease to be fascinated by the atheist who denies the existence of heaven and hell, but admits to fearing death. If there is no certain judgment beyond the grave, what is there to fear?

Death is merely a cessation of consciousness, an end to existence. Without the fear of judgment, what is so terrifying about death? We aren’t terrified to go to sleep. We aren’t terrified of general anasthesia, in and of itself, before an operation.

Humanity fears death because of the existence of God, whether the atheist wants to admit it or not. We are all built with a God-shaped vacuum in our being.

Humans try and fill that void with all kinds of things; money, drugs, sex, pagan religions, personal relationships, and on and on, but nothing ever quite fits except God.

One cannot communicate the need for salvation without first communicating what one is being saved from. The atheist demands to know, “how can a loving God condemn people to hell?”

It is the nature of all human beings to sin, which further separates them from God, which turns that aching void into an insurmountable chasm.

All human beings are sinners, by nature and by personal action, and none are righteous. Some may sin to a greater or lesser degree, but all have failed to attain to the standard of God, which is perfection of character, spiritual righteousness and performance (Romans 3:9-10)

Since God created man in His eternal image, all human beings have an eternal destiny. We were created to spend eternity in God’s presence, but the fall of man and our inherited sin nature render us ineligible for heaven.

But being eternal, we have to go somewhere.

The Lord created the Lake of Fire for the devil and his rebellious angels, and not for mankind. But since sin bars us from heaven, and since we are eternal, when we shuffle off this mortal coil, there are only two choices. (And make no mistake, there is a choice.)

If not to heaven, well, then, there is only one other place left. God doesn’t condemn us to hell, we condemn ourselves by choosing to go there.

It IS a choice, but it is NOT God’s choice. If it were God’s choice, He would not have provided the way of salvation.

Confronted with the choice of condemning the human race, God’s choice was to bear the condemnation in His Own Body at the Cross, so that the human race might be saved through faith in His accomplished work.

Through Jesus Christ, God paid our ransom to deliver us from the bondage (and the consequences) of sin.

Sin places humanity into a state of captivity from which a price must be paid in order that a person might be redeemed or purchased out of that state.

The state of captivity, brought about by the sinful condition of humanity, is like a slave market where people are sold as the possession of the purchaser, and in order to be free, the slave must pay for a release or deliverance; this is a ransom.

Humanity is “sold under sin” (Romans 7:14) and therefore fall under the judgment of God.

The judgment has already been pronounced by God and the penalty is eternal death.

The death of Jesus Christ is the ransom paid in order to redeem the human race from the penalty of sin. The ransom is paid to God, as a payment for the release of humanity from the penalty of their sinful state. (cf. Matthew 20:28, 1 Peter 1:17-19, 1 Timothy 2:5-6, Galatians 3:13)

God’s perfect justice demands that a penalty for sin be paid. Jesus Christ is a propitiation that satisfies the justice of God and allows Him to forgive sinful human beings through His mercy and grace.

By committing sins, which all have their direction toward God, humanity has become separated and alienated from God.

A reconciliation cannot be effected because humanity cannot meet the requirements of God in a sinful state and cannot be removed from the authority of judgment by God.

It is Jesus Christ who is the Mediator of the reconciliation between man and God.

The problem with salvation, from the perspective of the lost, is admitting that they have sinned and come short of the glory of God.

Pride will not let them depend entirely on the substitutionary payment made on their behalf — pride demands that they participate in some way in the process.

But to the lost, participation in the process means giving up all the stuff they like, living like a monk, wearing a hair shirt and walking around praying all the time.

Being saved means BEING saved. One doesn’t save oneself from drowning — in fact, a drowning person’s panicky flailing about can pull down both parties. Being saved means relaxing and allowing Jesus to save you.

Your participation is limited to accepting the fact you cannot save yourself.

Imagine you have a child that gets lost in the woods for days. You are out there, searching under every bush for your lost child, when suddenly, you see him afar off.

You run to the child, calling his name, as he runs to you, in slow motion, like in the movies.

Both of you have your arms outstretched, but, just as you are about to embrace your lost child, you notice that he is all dirty and smelly and matted from his time in the wilderness.

So, instead of embracing your lost child, you hold him at arm’s length, scold him for being dirty, and tell him you will embrace him after he’s had a bath.

That is the way the lost generally understand salvation. That before they can embrace Jesus, and He them, they must first clean themselves up. That is too big a job to contemplate, and so they hide under a bush.

The lost fail to grasp the simplicity of salvation. Ephesians 2:8 explains, “For by grace are ye saved through faith; and that not of yourselves: it is the gift of God:“

Look at the elements: For BY GRACE are ye saved — through FAITH — and THAT not of yourselves — it is a GIFT of God.

It is so simple that most people can’t explain it, and even if they can, even more can’t accept it without further complicating it. God grants the ‘grace’ (an unmerited, undeserved gift) through faith that is ‘not of yourselves’ but is rather a gift from God.

There is no room in that equation for us to play any greater role than accepting that gift with gratitude.

Thank you, Jesus, for the Gift of eternal life. I pray right now that You will burn its truth into my soul, and help me to communicate to others their need for salvation.

“Now unto Him that is able to keep you from falling, and to present you faultless before the presence of his glory with exceeding joy, To the only wise God our Saviour, be glory and majesty, dominion and power, both now and ever. Amen.” (Jude:24-25)