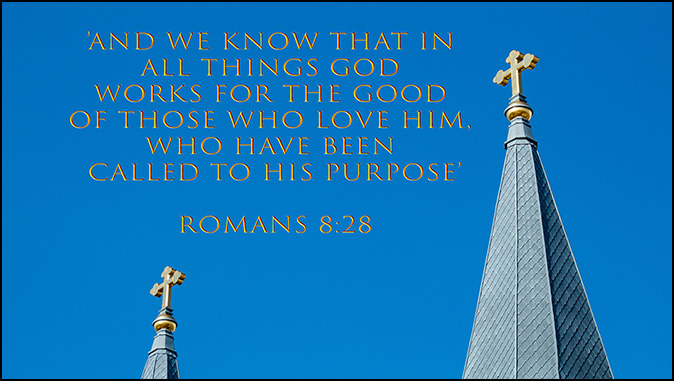 The Hope That is in You
By Jack Kinsella

The Bible divides the world into four regional power blocs in the last days. The western alliance [the Revived Roman empire of antichrist – Dan 9:26], the ‘kings of the south’ [Africa and Islamic North Africa – Dan 11:40] the ‘kings of the east [China and Southeast Asia -Rev 16:12] the Gog-Magog alliance [Russian-Arab-Islamic alliance – Ezekiel 38-39].

The Bible also outlines a specific scenario for the last days, giving detailed descriptions of these four global spheres of influence.

Currently, there are five. Four of them are in a state of flux, realigning themselves, almost against reason in some cases, to conform to the scenario outlined by Scripture.

The fifth, the United States, grows increasingly isolated. Washington is so lonely it has gone into denial, sometimes even pretending it has real friends.

Prime examples of America’s ‘pretend’ friends include Saudi Arabia, Kuwait, Pakistan and the core group of Western European nations led by France and Germany. They are our ‘friends’ in the sense they are not currently enemies.

America has only one unquestioning and unequivocal ally within the sea of nations. That ally, the land of Israel, is the central character around which the entire end-time drama is played out.

In this generation, the world has divided itself into four spheres of influence, as measured from Jerusalem; Russia to the north, China to the east, the Islamic Middle East and Africa to the south, and Europe to the west.

America is a sphere of influence unto itself, not part of any, but engaged in — and resented by — all four.

This is the precise lineup of nations predicted by Scripture for a horrible end-times war that will engulf the whole earth.

There is no mention of the fifth existing global sphere of influence currently led by America. On the fate of the United States, Scripture is silent.

There are a number of possible reasons. The most obvious one is an expansion of the current world war — one so devastating to America that it has no role left to play in the last days.

Another, more hopeful scenario would be the Rapture of the Church. The sudden disappearance of millions of Americans would also account for America’s absence during the Tribulation Period.

Which scenario is correct remains to be seen. But what is of importance to Christians who are anticipating the return of Christ is the fact it is all taking shape now.

Christianity has no nationality. Jesus said we are in the world, but not of it. Christianity is, at its roots, not American. If Christianity were to have a national identity, it would be Jewish.

This is not a time for fear, but a time for prayer and for redoubling our efforts to inform the world of what is taking place. The Lord is preparing for His return. The signs of the times are all around us. There is no time to waste in pointless debate over signs, and seasons and times.

We of the Church have “a more sure word of prophecy; whereunto ye do well that ye take heed, as unto a light that shineth in a dark place, until the day dawn, and the day star arise in your hearts:” (2 Peter 1:19)

We already know what is to come to pass, and what the signs of the times will be. There is no debate.

And Jesus told us that “when these things begin to come to pass, then look up, and lift up your heads; for your redemption draweth nigh.” (Luke 21:28)

It’s true, my brothers and sisters! Jesus IS coming. The KING is coming! In the words of the old hymn, ‘it may be morning, may be noon, may be evening and maybe SOON’ — but He IS coming.

The fields are white with the harvest, but the laborers be few. Don’t be afraid of what is to come. Everybody you meet will be afraid.

We must be prepared and “be ready always to give an answer to every man that asketh you a reason of the hope that is in you with meekness and fear:”(1 Peter 3:15)

“…for the devil is come down unto you, having great wrath, because he knoweth that he hath but a short time.” (Revelation 12:12)

That is the purpose of your Omega Letter. To journal the events that lead to the fulfillment of Bible prophecy in this generation, both as a warning and as a cause for hope.

What appears to be chaos is really evidence of a Divine Order. The events that are conspiring together to bring the world to the brink of annihilation are not taking place at random, but as part of a pre-ordained plan of God.

For those of us who trust God instead of our own understanding, it means that everything will turn out OK in the end, no matter how terrifying things look at the moment.

We don’t know how, we don’t know when, but we don’t really NEED to know. We only need to know that He does. Bible prophecy confirms that everything is going according to plan.

Because we “KNOW that all things work together for good to them that love God, to them who are the called according to His purpose.” (Romans 8:28)

This Letter was written by Jack Kinsella on November 6, 2006.