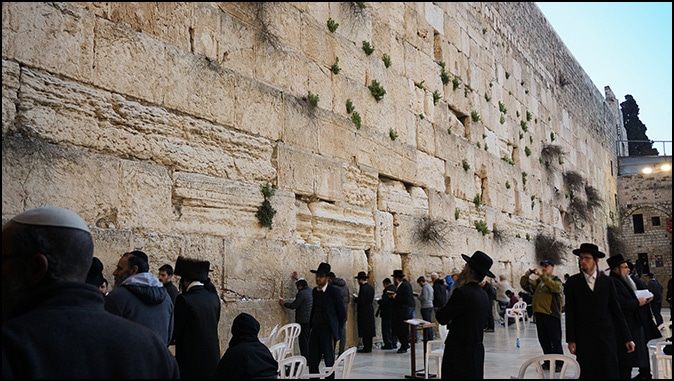 The Historical Authenticity of the Scripture
By Jack Kinsella

As pointed out during our examination of Exhibit #1, one of the attributes unique to Christianity is that it is founded upon actual, historical events rather that just on its ethical teachings. If Buddha were proved to have been a compilation of ancient figures, it would have little effect on modern Buddhism.

It is what Buddhism teaches that is important, not its founder. And while Islam’s founder is the key element to that religion, both the Koran and Islamic Law were written and developed by followers of Mohammed after his death.

But the details of the life and death of Jesus Christ are critical to Christianity.

If Jesus did not live, then He did not die on the Cross to pay the penalty due for your sins. “And if Christ be not raised, your faith is vain; ye are yet in your sins.” (1st Corinthians 15:17)

If He was not condemned by Pilate — despite Pilate’s own proclamation of His innocence — then He was condemned for cause, and could not die for your sins, since He would have had His own on account.

If He were not raised from the dead — after three days in the grave — and subsequently seen of more than five hundred witnesses — then death and the grave have not been defeated, and you remain dead in your sins.

The effect of Christianity over the past two millennia is apparent in every place where it has taken root. Consider the things that divide the world up into the four spheres of global power they are today; the ethical, economic, political, and moral standards derived from their dominant religious worldview:

Where is all the prosperity and freedom centered? That historical fact alone argues strongly for the effect of Christianity upon culture. And for there to be an effect, there must first be a cause.

If a single historical fact regarding the life, death and Resurrection of Jesus Christ is not true, the entire structure of Christianity collapses.

Now, think about this. That was even more true in AD 50 than it is today.

It is an historical fact, attested to by extra-biblical extemporaneous sources like Flavius Josephus, that Christians were routinely rounded up and murdered as part of the Roman coliseum spectaculars.

The life of Jesus Christ was no more distant to them than the life of Ronald Reagan was to us.

Suppose a book were published last year about Ronald Reagan attributing him with specific miracles, including publicly raising someone from the dead, and claimed that Reagan was resurrected after a public death and given the power to cleanse mankind from sin.

Do you think such a book about such a great man as Ronald Reagan could spawn a viable religion in a matter of decades? Reagan was a great man, no doubt of that.

But Reagan died less than a decade ago in his nineties. I know such claims could not be true.

I’m not likely to willingly face the lions rather than deny that Ronald Reagan was the Son of God. I was there at the time. I know better.

But the ones who not only faced the lions, but embraced their deaths, were the ones who were there when Jesus Christ did all the things attested to in the Gospel of Mark, already in circulation in Jerusalem in AD 50.

They knew the claims WERE true. Because THEY were there at the time.

The early Church Fathers, those who wrote in the years immediately following the Apostles, from AD 90 – 160 quoted so extensively from the Scriptures in their writings that skeptics suspect that they were the real authors of Scripture.

Textual scholars say that if the entire New Testament had been lost, it would be possible to reconstruct it altogether from the writings of the early Christians.

The Apostolic Fathers lived just after, or in some cases, overlapping the times of the Acts of the Apostles. Not only were they commenting on events that happened within living memory, their writings are concrete evidence that the New Testament we have today is essentially identical to the manuscripts commented on by Jerome, Augustine, Eusebius, etc.

The various books of the New Testament provide indirect confirmation of each other, as well as the identity of the writer. For example, in 2nd Peter 1:16-18, Peter refers to his experience on the Mount of Transfiguration. (Matthew 17:1-5)

Luke identified himself as the author of the Gospel of Luke and the Book of Acts (Acts 1:1), Paul opened his Epistles in his own name, etc. If any of these authors were not whom the books identify, then the early Church Fathers would have been aware of it.

There is absolutely NO documentary evidence that anyone from the era disputed a single point of historical fact.

In the course of His ministry, Jesus traveled extensively in His tiny country, performing miracles in front of thousands.

In one celebrated instance, when the synagogue in which He was teaching was too crowded, the roof was ripped off — mid-service! — to lower a well-known local paralytic into the room.

In full view of the crowd, Jesus told him to pick up his bed and walk, which he proceeded immediately to do. This is a spectacular event of the sort locals would still be talking about twenty years later — if it happened.

The Gospel of Mark said it happened. There is no record of any literate Jerusalemite of the time, not even a rabbi, who said it didn’t.

Each of the writers of the New Testament were eyewitnesses to the events they described except the Apostle Paul, who was personally instructed by Jesus Christ.

If YOU had witnessed what they did, would you believe it? Of course you would. On the other hand, if you were an eyewitness and you KNEW it didn’t happen that way, would you die for what you knew was a lie?

Every one of the writers of the New Testament was given the choice between denying his testimony of Christ or a slow, torturous death.

Not ONE of them denied their eyewitness testimony, not even to save themselves from such fates as being cast from the pinnacle of the Temple, crucified upside down, boiled in oil or beheaded.

A ‘deathbed’ confession is considered under the law to be the most reliable of all possible testimony on the premise that a person who knows he is going to die has no reason to lie.

Yet every one of them faced death with the Gospel on their lips.

Is it possible that all the Apostles were the victims of a mass hallucination, perhaps some form of unknown hallucinogenic drug? Or maybe they were all crazy? The events they refused to repudiate shared four things in common:

1) They occurred in the open, among crowds of people, not all of whom were necessarily friendly eyewitnesses. But He fed 5000 with five loaves and seven fishes, and took up twelve baskets of fragments of food.

2) The events were widely reported at the time by people of different backgrounds and characteristics; Jews, Romans, Samaritans, etc.

3) The authors themselves; Luke, a highly trained physician and historian, Matthew, a politician, James and Jude, early leaders of the Church, Paul, a Pharisaic lawyer and among the best educated of his day — these are not local dropouts or riff-raff from the bad side of town.

4) Their testimony was accepted by great numbers of people who, because of the risk of persecution and death, obviously weighed their testimony very carefully before accepting it as valid.

Until 1965, critics of the New Testament pointed to the fact that there was no archeological evidence supporting the New Testament story. There was no record among Roman documents of the appointment of a man name Pontius Pilate as Governor of Judea, for example. Then a plaque dedicating an amphitheater to Pilate by King Herod was discovered in Caesarea.

When I was in Israel in 1992, they were still talking about the recent discovery of the tomb of Caiaphas, the High Priest of the Sanhedrin who presided over the trial of Jesus.

While I was there, another tomb was discovered containing the ossuaries of Mary, Martha, Lazarus and one believed to be that of Matthias, the Apostle chosen by lot to replace Judas. All were from the first century, and all were emblazoned with a cross.

Turns out the New Testament record was true after all.

As to the historical authenticity of the Old Testament, until recently, the skeptics argued the Old Testament had been translated and copied long before the existence of even the oldest manuscript fragments.

But the discovery of the Dead Sea Scrolls at Qumran in 1947 slammed the door shut on that argument. Scholars who translated the documents found, for example, a complete copy of the Book of Isaiah, buried in the earth since AD 70, reads exactly as does the Book of Isaiah we study today.

No body of literature in all history has been as throughly studied, vetted, picked apart, argued and debated over as the Bible.

Entire religions have sprung up for the express purpose of disproving the Bible; rationalists, atheists, humanists, etc. Their entire doctrine depends on there being a Bible for them to reject.

They don’t spend much time debating the sacred writings of other faiths — it is Christianity and the Bible that give their doctrine meaning. Most atheists, rationalists, humanists, etc., could find at least some common ground with most other world religions. It is the Bible alone that raises their hackles and fires up their evangelist fervor.

Finally, there is the evidence of Bible prophecy. Even if one could make the logical leap of the skeptics and attack the Scripture as a forgery, that attack collapses under the weight of prophetic fulfillment.

Skeptics argue that Daniel was really written in AD 163 by Judas Macabeus to explain Daniel’s amazing prophecy concerning the Babylonian, Persian and Greek Empires, and even the rise of the Roman Empire.

But Daniel predicted that Rome would eventually consist of an alliance led by ten ‘kings’ whose unified ‘kingdom’ would be like ‘iron mixed with clay’ — partly strong and partly weak.

That is a perfect description of the modern EU, fractured and paralyzed by the admission of the 17 associate and observer members whose democratic vote continues to thwart the intentions of the ten FULL members to unify under the leadership of Western Europe.

So, even if the skeptic wants to believe Judas Macabeeus really wrote Daniel, Daniel STILL got it right. Can you ‘forge’ a prophetic fulfillment in advance? Isn’t that called ‘prophecy’?

Given the weight of all the evidence pointing to both the historical accuracy and Divine inspiration of the Scriptures, it seems to be that it would be much more amazing if it weren’t all true.

“For the Word of God is quick, and powerful, and sharper than any twoedged sword, piercing even to the dividing asunder of soul and spirit, and of the joints and marrow, and is a discerner of the thoughts and intents of the heart.” (Hebrews 4:12)