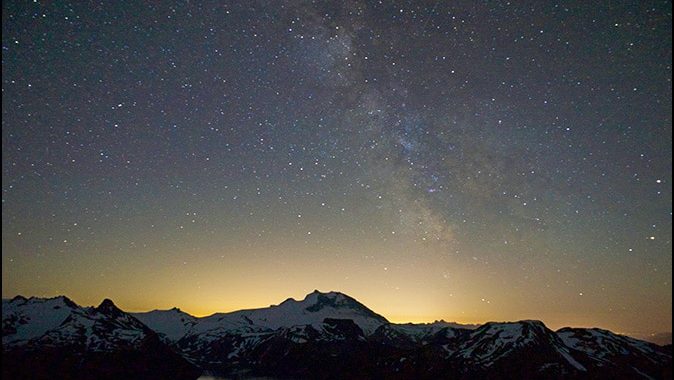 The God in Whose Hand Thy Breath Is
By Jack Kinsella

The Book of Daniel records the fall of Babylon to the Medo-Persians under king Belshazzar with the king summoning Daniel to interpret the ‘handwriting on the wall’ that appeared mysteriously during a riotous party he was throwing for his court.

During the party, (which was adorned with the treasures looted from the Temple);

“came forth fingers of a man’s hand, and wrote over against the candlestick upon the plaister of the wall of the king’s palace: and the king saw the part of the hand that wrote.” (Daniel 5:5)

The writing was in a language unknown to the king or any of his astrologers, so he summoned his father’s favorite advisor, the Judean captive Daniel. The words, MENE, MENE, TEKEL UPHARSIN, were a pronouncement of sentence against the king and his kingdom.

Before intepreting the sentence, however, Daniel first read the indictment, concluding;

“and the God in Whose Hand thy breath is, and Whose are all thy ways, hast thou not glorified:” (Daniel 5:23)

I’ve often meditated on that last part of Daniel’s indictment against the king; “The God in Whose Hand thy breath is…“

We all have our ‘oops’ moments. This morning, padding downstairs from my office to get another cup of coffee, I slipped and had to grab the handrail to steady myself. Instead of ‘oops,’ I thought of Daniel’s indictment. Had the handrail broken free, (which it could easily have done — I am the one that put it up, therefore I’m surprised it hasn’t fallen off on its own), that breath could have easily slipped from God’s Hand.

Yesterday, my brother and I were fixing a leak in the roof. As I stepped off the roof and onto the ladder, my foot slipped on the rung. I grabbed a pole coming out of the roof to steady myself, and dropped my hammer, narrowly missing Gayle who was coming out to bring us some cold drinks.

I almost fell, I almost hit Gayle with a hammer, and the metal ‘pole’ I grabbed to steady myself held the electrical lines coming into the house from the street.

Death by falling, death by falling object, death by electrocution. Or just another ‘ooops!’ Our lives are in God’s Hands, every second of every day. Our very breath is in His Hands.

Jesus tells the story of the rich man who stepped back to admire his wealth, making plans for rebuilding his barns, expanding his fields…“And I will say to my soul, Soul, thou hast much goods laid up for many years; take thine ease, eat, drink, and be merry.”

“But God said unto him, Thou fool, this night thy soul shall be required of thee: then whose shall those things be, which thou hast provided? So is he that layeth up treasure for himself, and is not rich toward God.” (Luke 12:19-21)

Daniel’s indictment also points out that ‘all our ways’ are God’s. We are who God made us. God knows our limitations, our weaknesses, our strengths — there is no fooling God. God knows us as well as we know ourselves — and He loves us more than we love ourselves.

That is why, knowing who and what we are, He made a way for us to have fellowship with Him anyway.

God doesn’t put more on us than we can handle, the Scriptures promise, but God also knows our weaknesses as well as we do. All He demands from us is the recognition that our breath is in God’s Hands, our ways are His, and that the glory belongs to Him.

‘Our ways’ refer to more than just our character traits and personalities. Our paths through life are also ‘our ways’ and that to glorify God, we should strive to follow the path God has laid out for each of us. THAT is where it either gets really hard, or really easy, depending on whether we are on our own path — or the Lord’s.

About a year ago, as I was making my way up the I-95 corridor in Virginia, the Lord began to impress upon me a new path He wanted me to take. I am something of a skeptic when it comes to personal revelations from God. I believe God communicates with me, as He does with all believers, but I am also keenly aware of my own ability to mimic God’s Voice.

The Scriptures tell us that God’s Word does not return to Him void. If we listen, He will confirm it.

So, when God told me to sell everything I had and take to the road for an assignment to be determined later, I was a bit skeptical.

I wasn’t certain if it were an assignment, or a test. So I waited for God to ‘flesh things out’ a bit for me. I bought a camper-trailer, and, as most of you know, have spent much of the last six months making preparations for whatever God has in mind — always mindful of the fact that I can sound so much like God that sometimes I can’t tell the difference.

“If God be for us, who can be against us.” In defense of the Apostles, the Pharisee Gamaliel reminded his colleagues: “for if this counsel or this work be of men, it will come to nought: But if it be of God, ye cannot overthrow it; lest haply ye be found even to fight against God.” (Acts 5:38-39)

We put our house up for sale, asking as much as the market would bear. After much testing, we determined the camper idea was workable, but with glaring flaws. My pickup is strong enough to pull it, but just barely. Since I just bought the pickup last year, specifically for the camper, there isn’t enough equity built up in it to trade it in.

In the course of looking for a workable solution, we ran across a four year-old RV motor home in brand-new condition, with only 37,000 miles on it, with two years or 33,000 miles left on the factory warranty. The asking price was comparable to the price of a new pickup.

We prayed about it, put in a bid, and left it in God’s Hands. A week later, the bid was accepted, and the only thing left to arrange was the financing.

Yesterday, our real estate agent called to tell us a buyer had accepted our asking price for our house. (Our mortgage comes up for renewal July 20. The buyer’s conditions included his taking possession July 14th.)

This morning, the bank called to tell me they approved the RV loan, with extremely favorable terms, and the RV owner promised to deliver it by next week, in time for the Omega Letter member’s gathering in Branson June 1st. I got an offer on the camper/trailer last night.

And just like that, between Friday and Monday, EVERYTHING is settled.

“Wilt thou trust Him, because His strength is great? or wilt thou leave thy labour to him? Wilt thou believe Him, that He will bring home thy seed, and gather it into thy barn?” (Job 39:12)

“And we know that all things work together for good to them that love God, to them who are the called according to His purpose.” (Romans 8:28)

And so the adventure begins!

Who Is He That Condemneth?

Who Is He That Condemneth? By Jack Kinsella One of the most hotly debated points…

The Books of Life

From Bondage...Back Into Bondage By Jack Kinsella Alexander Fraser Tytler lived from 1748 to 1813.…