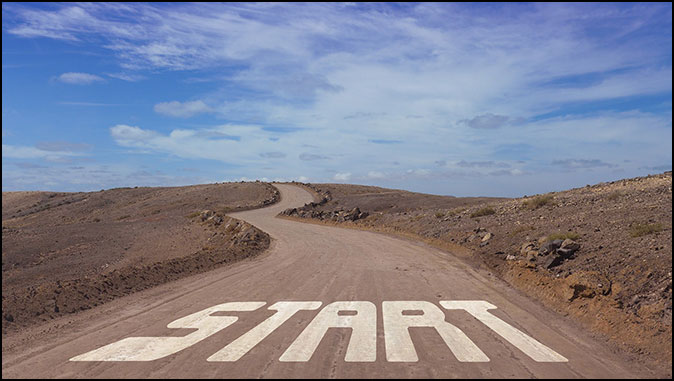 The End From the Beginning
By Jack Kinsella

Christianity deserves a candid examination; indeed, it demands nothing more. The history of the life and character of its Founder is so completely without parallel that the fiction of His existence is even more inconceivable than the reality.

Simply put, He couldn’t have been ‘made up’. Unlike fictional gods, He displayed no temporal power; He was the very definition of virtue. He lived life was without blemish. He preached a doctrine without flaw.

He was executed as a criminal. His death didn’t end the new religion, it spawned it. The more His followers were persecuted, the greater their faith became and the wider it spread.

Christianity — offered first to the Jews, overspread the globe, taking root everywhere except where it originated, precisely as foretold by the Scriptures.

A careful examination of the Scriptures concerning the life and times of Jesus Christ can yield but one of two conclusions. Either the entire story is fiction, or, as the centurion said from the foot of the Cross, “Truly, this is the Son of God.”

And Bible prophecy is His signature.

Prophecy is not the exclusive domain of Judeo-Christianity. Islam also has a counterfeit version — one of the Five Pillars of Islam is prophecy.

Where they differ is in fulfillment. Judeo-Christian prophecy has been fulfilled throughout the ages with significant portions still pending.

All of Islam’s prophecy remains unfulfilled. Like any good counterfeit, most was lifted from, and now relies on the fulfillment of Christian prophecy.

Prophecies concerning the Mahdi and the coming war with the Infidel are simply retelling of various parts of Revelation reworked to reflect Islamic thought.

That isn’t a criticism, just a statement of reality. Islam views the rider on the white horse as the coming Mahdi. Christianity identifies the same figure as the antichrist.

It describes real locations: Micah 5:2 prophesies the Messiah will be born in Bethlehem.

Minute details of His life and death are given, as are dates and the precise orders of events. Some other characteristics of Bible prophecy:

1) Bible prophecy is 100% accurate 100% of the time. No prophecy of Scripture has ever failed. Those already fulfilled were fulfilled to the letter.

2) All the Bible’s prophets agree with one another. No prophecy of Scripture contradicts any other. Think about that for a second!

All the centuries and all the distance that separates all the prophets and, while they sometimes overlap previous prophecies, ‘filling in the blanks’ so to speak, NONE contradict.

Within Islam, there is a law of superior revelation. When an earlier passage conflicts with a later passage, the Koran provides a kind of spiritual ‘White-Out’ that makes the later passage correct.

No such interpretive law is necessary with the Bible.

Some critics will argue that Bible prophecy is vague and obscure and that if God wanted to use prophecy to reveal Himself, He should have been more specific.

Agreed that must of prophecy is couched in symbolism requiring diligent comparisons with Scripture. Agreed that much of it, particularly to the unbeliever, appears vague.

That is by design. Consider if prophecies regarding political entities, kings and kingdoms, etc., were more explicit.

First, the skeptics could claim (accurately) that it interferes with man’s exercise of free will.

Secondly, the skeptics could claim Christianity caused, rather than predicted, the fulfillment.

For that reason, as viewed in real time, Bible prophecy unfolds, rather than fulfills.

Third, if prophecy were simply a communication of future events, man would find a way to pervert and exploit it. So wherever knowledge of the future might prove useful to the enemy, it is couched in allegory.

For these reasons and more, prophecy often doesn’t reveal itself to be prophetic until after the prophesied event as taken place.

The world in which we find ourselves is not the one most of us started out in. For many of us, it is barely recognizable.

We’re not sure who the good guys and the bad guys are — and there doesn’t seem to be that much space between them anymore.

Everywhere we look is chaos and confusion and madness and impending anarchy.

Bible prophecy anticipated that — and more. See 2nd Timothy 3:1-7 beginning with, “This know also, that in the last days, perilous times shall come.”

But Bible prophecy is not ALL doom and gloom.

See 1st Thessalonians 4 starting with verse 16…“For the Lord Himself shall descend from heaven with a shout”, through to verse 18’s “wherefore comfort one another with these words.”

One of the advantages to Bible prophecy is that we can peek at the back of the Book and see how it all turns out. Viewed from that perspective, it isn’t bad news at all.

It all depends on where you put your trust.

“We have also a more sure word of prophecy; whereunto ye do well that ye take heed, as unto a light that shineth in a dark place, until the day dawn, and the day star arise in your hearts.” (2nd Peter 1:19)