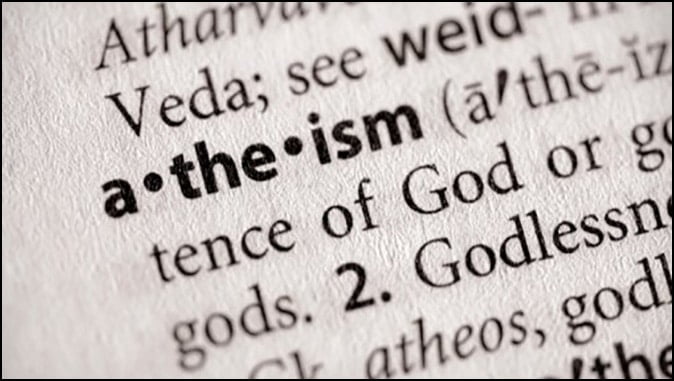 Yesterday, I stumbled quite by accident across a video of a debate between noted atheist author Christopher Hitchens and Frank Turek. I don’t usually watch these debates because atheists tend to get so nasty and hateful when debating Christians.

But because Hitchens is so high-profile and I’d seen him so many times giving interviews, I assumed this would be more civil than most.

And the debate probably would have been more civil than it was had Turek not been so effective in his opening remarks. Since Hitchens wasn’t left with much he could refute, the best he could do in response was mock the points raised by Turek. Not very convincing.

I posted the debate in full at my blog, “What’s This World Coming To?” if you have an hour and a half to spend watching it. I promise it is time well spent, but in case you don’t have the time to watch, allow me to plagiarize some of Dr. Turek’s main points for you here.

In the first place, Turek cheerfully admits that he believes in the “Big Bang” explanation for the origin of the universe.

The reason? Because atheists also believe in the Big Bang.

Which means they also have to believe that means the universe began from a point of literal, non-physical nothingness. Before that, there was no time, no space, and no matter and then it all banged into existence out of nothing with great precision.

That admission creates a major problem for the atheist worldview. Why couldn’t natural forces be responsible for the creation of the universe? Because until the universe came into being, there was no nature.

Hitchens’ response was considerably less than inspiring. He said the argument was ‘speculative’ — since nobody could be there before the beginning.

THIS is where atheism proves itself to be a religion.

It operates on blind faith. Hitchen’s admission that the universe HAS a beginning demands an explanation for what came before. Nothing can erupt from nothing.

Hitchens admits the evidence, but then mocks where it leads because it would contradict his own blind religious faith. It isn’t speculative to say that since all time, space and matter had a beginning, it must also have had a Beginner.

Since space, time and matter were created via the Big Bang, then it logically follows that the Cause of the Big Bang must be spaceless, timeless and immaterial.

To support his argument, Turek quotes Dr. Robert Jastrow, the director of the Mount Wilson Observatory until his death.

There is a kind of religion in science…every effect must have its cause; there is no First Cause…This religious faith of the scientist is violated by the discovery that the world had a beginning under conditions in which the known laws of physics are not valid, and as a product of forces or circumstances we cannot discover. When that happens, the scientist has lost control. If he really examined the implications, he would be traumatized. As usual when faced with trauma, the mind reacts by ignoring the implications in science this is known as refusing to speculate.

In any other category except atheism, it would be known as “blind faith.” Atheists call it ‘rational thought’.

I once saw a tombstone epitaph that read like this: “Here lies an Atheist. All dressed up with no place to go.”

I’ve always had a major problem understanding both the logic and the appeal of atheism. It exists to no good purpose. It offers nothing. It has no answers — what answers it does provide come in the form of new questions.

Watch how many times Hitchens dodges answering a direct question in the debate by asking what seemed rather desperate questions in return.

In the first place, atheism cannot reasonably exist. For a person to KNOW there is no God, that person must know all that there is to know — making the atheist a god himself.

For a worldview that claims it is rooted in reason, it is the most unreasonable of all belief structures.

But without the Big Bang, the atheist is totally without any explanation for the existence of the universe.

So instead, the atheist argues the universe simply popped into existence — a magic trick without a magician, or a miracle without a Miracle-worker. And this is what the atheist defines as a ‘reasoned’ approach to the question.

An atheist argues that faith in God requires a suspension of judgment and intellect — the “check your brains at the church door” argument.

Faith must have substance to believe on, without substance it is wishful thinking. But any substance the atheist’s argument might possibly have evaporates when he gets around to explaining the Big Bang.

Given what is at stake, one would think that an atheist would satisfy himself as to the answers to certain reasonable and rational questions first.

Like, if the universe had a beginning, Who or what began it? No answer.

Where did the laws of physics come from? No answer.

How does one explain the design apart from a Designer? No answer. If one is an atheist none are needed.

The answer to all these questions is the same. There is no God because I don’t believe there is a God and no amount of evidence can change my mind.

Because I’m a rational thinker.