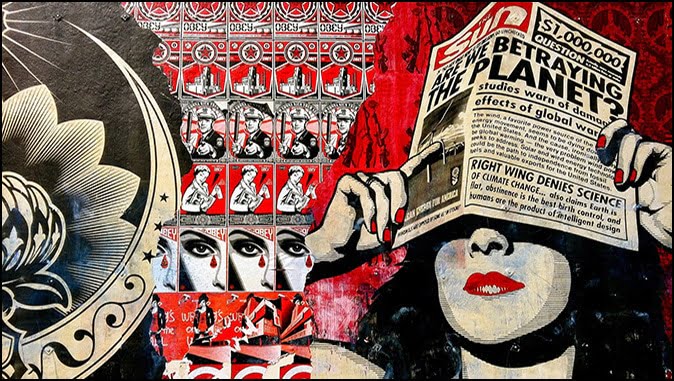 The Agenda
By Jack Kinsella

It is hard to say whether it is the product of non-stop propaganda or if it is simply collective stupidity. After all, half of the people in any constituent grouping are below average for that constituent grouping. That’s what ‘average’ is supposed to represent — the benchmark against which the rest of us measure ourselves.

The Connecticut shooter murdered twenty-seven people without fear of interference — he knew his intended victims would be helpless to defend themselves.

According to published reports, he only turned the gun on himself when he heard the approach of the first responders.

He didn’t want a gunfight. During his shooting spree, he was in total control, with god-like powers of life and death. A gunfight would take that control away, including his power over his own life. He might survive a gunfight.

Representative Louis Gohmert got a lot of negative headlines accusing him of politicizing a tragedy when he lamented that Dawn Hochsprung, the heroic school principal had been unarmed.

“I wish to God she had an M-4 in her office locked up so when she heard gunfire she pulls it out and she didn’t have to lunge heroically with nothing in her hands but she takes him out, takes his head off before he can kill those precious kids,” Gohmert said in an interview on “Fox News Sunday.”

In that shooting, a gunman walked into a mall wearing a white mask carrying a rifle and wearing a bulletproof vest. The gunman announced, “I am the shooter!” and opened fire. He was clearly ready to rack up a body count.

He killed two people at random and then suddenly decided to shoot himself in the head. The Dallas Morning News didn’t say why. TIME Magazine explained what happened this way:

“Suspected shooter then fled down a corridor then down a flight of stairs to a corner where he took his own life. It is unclear if he shot himself while being confronted by police or before they got to him. By all indications, he acted alone, with no known accomplices, and authorities have said he didn’t know the people he shot; they were merely random targets.”

So he shows up loaded and ready to kill. He kills two people, then shoots himself before the police can get to him.

“It’s very apparent he had a mission set forth to take the lives of people in that mall,” Sheriff Roberts said Wednesday morning on the Today show.

Roberts said that lives were saved because of emergency procedures and previous training for this type of event that authorities implemented upon arrival. Though only two were killed in the shooting, Roberts underscored the tragic nature of the incident. “All of us have to recognized that this was a heartbreaking tragedy by any standard,” he said at a Wednesday press conference. “On the other hand, I think we all need to be thankful that this incident wasn’t much worse.”

So why didn’t he keep firing? What kept the incident from getting worse? Was it previous training? Police emergency procedures?

Or maybe it might have been because of The Guy that none of the mainstream news reports want you to know about.

You’ll never hear about him from CNN — he doesn’t fit their propaganda agenda. ABCNews told us all about the shooter, whom they carefully investigated, telling us all about his hopes and dreams from his Facebook page and interviews with his friends.

Fox News owner Rupert Murdoch has joined the gun control movement — and evidently instructed the newsroom to find an alternative explanation for the odd behavior of the Clackamas mall shooter and “the gun jammed” was evidently the best the Fox News guys could do.

Ummmm — the shooter didn’t commit suicide by beating himself over the head with a jammed gun. He shot himself with it. (In case you thought Fox News really is “fair and balanced”. Maybe it was –before Murdoch took a stand in favor of gun control.)

The reason the Clackamas shooter only killed two people before taking his own life was the same reason that the shooter in Connecticut committed suicide when he heard the approaching first responders. He didn’t want a gunfight.

What the mainstream media is concealing is that the shooter looked across the mall and saw a legally-armed shopper drawing his weapon. Meli said he held his fire to keep from hitting someone behind the shooter, but the shooter didn’t risk it and turned his allegedly jammed gun on himself.

The narrative being pushed by the media is that the shooting wouldn’t have happened if stricter gun laws made it harder for bad guys to get guns. Except the Clackamas, Oregon shooter stole the rifle he used, so more laws wouldn’t have made any difference to him.

Unless more laws had prevented Nick Meli from obtaining his concealed weapons permit. That would have made a BIG difference to everybody in the mall, shooter included.

But the idea of a legally-armed citizen using his gun to limit a tragedy doesn’t fit the gun-control agenda.

And if it doesn’t fit the agenda, then evidently you don’t need to know about it.

Like I said at the outset, half of the country is below average, by definition. Perhaps that explains why so many people accept the unbelievably stupid premise that the best way to prevent gun violence is to disarm the innocent.

The country with the strictest gun laws in the Western Hemisphere is…wait for it…MEXICO — where 50,000 innocent people have been murdered by guns in the past six years. That’s about equal to the US war dead in Vietnam.

Stricter gun laws don’t seem to work on people who are already bent on murder. It would seem to me that only someone of below average intelligence would find that surprising.

Toronto has some of the toughest gun laws of any city in North America. In Toronto, even off-duty police can’t carry firearms. That doesn’t mean that there is no gun violence. It just means that only the law-abiding are disarmed.

(There was a mall shooting in Toronto last July. But guns are forbidden in Toronto.)

A group of Democrat senators (including nominally “independent” Joe Liebermann) want to convene another Senate panel aimed at banning “assault weapons” (hunting rifles that look scary, like the AR-15) as a measure to prevent another school massacre.

The Connecticut shooter tried to buy a rifle but was refused under existing law. So he did what anybody else contemplating mass murder would do. He stole what he needed. Is there anybody who honestly believes that stricter gun laws would have stopped him from murdering his mother and stealing her guns?

After committing murder and theft, he then broke into the school. What kind of logic argues that more gun laws would have scared him off? Are they kidding?

In any case, the Left has never found logic or history to be very convincing when it is used to demonstrate the foolishness of their policies, and this is no exception.

History says that the more that laws are passed restricting the legal ownership of guns, the more laws will be broken, the more dangerous it will become for law abiding citizens and the more gun violence will occur.

Unless one believes that since the Brady Bill, there have been fewer instances of mass shootings. Or that it is safer to walk the streets of Chicago today than it was thirty years ago.

But that is essentially what the mainstream media is selling. That guns kill people, but that the killers are themselves victims of a gun-crazy society.

These are likely the same people that believe when teachers go on strike, they’re “doing it for the kids”.

And my favorite, which compares banning guns to prevent murders to banning cars to prevent drunk driving.

But how does this relate to Bible prophecy? It testifies to the willingness of the public to believe a lie, even if it is an obvious lie, provided they like both the liar and the premise of the lie itself.

The premise of the lie is that by blaming an inanimate object we can avoid the necessity to make obvious and necessary changes to what we consider morally acceptable. People LIKE violent movies. They LIKE violent video games. They LIKE pornography.

They DON’T like seeing themselves as easily-led, and so they buck the trend by denying the obvious in favor of some esoteric truth that only the enlightened ones, such as themselves, are capable of discerning.

Like believing that a teacher’s strike is “for the kids” or that the answer to runaway debt is more overspending, or that the mainstream media tells the unbiased truth. Or that confiscating more money from employers will create jobs.

We’ve talked about it before. Psychiatrists call it “cognitive dissonance”. It is that uncomfortable feeling one has when trying to juggle two clearly contradictory positions. Like when the pro-choice media runs story after story about Prince William and Princess Kate’s “baby”. Is it a “baby” or an unfeeling mass of royal protoplasm?

Cognitive dissonance can wear on you. It grates at the nerves — it makes people angry. You can see it whenever you challenge somebody on issues like gun control, abortion “rights”, immigration, gay marriage, moderate Islam or any of a dozen other “politically correct” viewpoints.

You can tell because everything in your experience tells you one thing, and then political correctness tells you that everything you think you know to be true is either a racist, redneck, reactionary or republican lie.

Nothing has changed, but now you have to pretend that what you know ISN’T true and what you KNOW is true…isn’t.

No wonder liberals are so angry all the time.

Note: This was written many years ago, but we can see the “progressives” have only ramped up their anger and propaganda against conservatives.

Crazy For Phobias By Jack Kinsella According to ‘The American Heritage Dictionary’, if you have…

More Than Baseball and Hot Dogs

Ye Shall Be As Gods

Genesis? Or Duckweed? By Jack Kinsella Two news stories caught my eye. The first had…

When Even the Bad News is Good