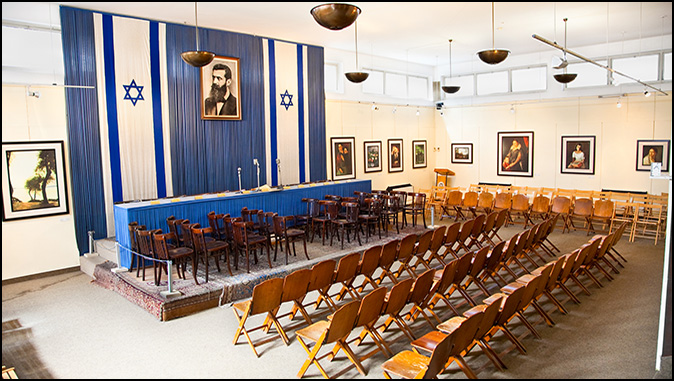 The 1948 Connection
By Jack Kinsella

The restoration of the Jews to the Promised Land is one of the most staggeringly overt fulfillments of Bible prophecy to occur in the last 2,000 years.

The Hebrew prophets all foretold an eventual restoration of Israel, even addressing the future state by name, in some cases centuries after Israel had ceased to exist.

“Learn a parable of the fig tree; When his branch is yet tender, and putteth forth leaves, ye know that summer is nigh; So likewise ye, when ye shall see all these things, know that it is near, even at the doors. Verily I say unto you, This generation shall not pass, till all these things be fulfilled.” (Matthew 24:32-34)

“In accordance with our plan, a letter from [Chaim] Weizmann to [President] Truman had been sent on May 13 asking him to recognize our new state.”

The expected infant state was still nameless, since the Zionist leaders were still characteristically, arguing over the name (should it be “Judea.” “Zion,” what about the name “Israel”?). Weizmann, for the first time in history, was asking for a nameless state to be recognized….

Although Ezekiel confidently wrote of the restored Jewish state as “Israel” 2,500 years before, those who actually served as midwives to the rebirth did not decide on the name until the very day before!

“I found Israel like grapes in the wilderness; I saw your fathers as the firstripe in the fig tree at her first time…” (Hosea 9:10)

Joel wrote of the northern invaders of Israel,

In 1948, the fig tree began to put forth leaves, so to speak, and Jesus said that generation would see ‘all these things’ fulfilled.

The Bible said that pivotal event in history would take place simultaneously with the birth of a revived Roman Empire. A unified Europe looks back to its’ foundation as January 1, 1948.

It said an apostate world religion would develop at the same time. Revelation 13:11 describes this religious system as “having two horns like a lamb” — symbols of Christianity. The World Council of Churches was born in 1948.

It predicts that global political system will co-exist with a global economy. The World Trade Organization — a trade organization empowered to regulate the global economy — saw its genesis in the General Agreement on Tariffs and Trade, enacted by the UN in 1948.

The Bible predicted that global economy will fall under the control of a single individual who will be able to regulate commerce down to the individual level — “That no man might buy or sell” –Rev 13:17. Such individual control was impossible before the advent of computers.

Although computers had been invented during World War II, they were huge, bulky monsters that used notoriously unreliable and hugely inefficient vacuum tubes. The first computers were slower than a pocket calculator, filled huge environmentally sealed rooms and required enough electricity to power a small city.

That all changed in 1948 when Bell Labs invented the transistor chip, signaling the official birth of the Computer Age.

That final age would be marked by ‘rumors of war’ – Matt 24:7. The ultimate ‘rumor of war’ was the Cold War. It began with the Berlin Airlift of 1948. The Soviet collapse was a direct result of the cost of fighting the Cold War. The ongoing decline of US influence in the world is also related to the costs of that ‘war’. The power vacuum left by the simultaneous decline of each of these great powers is being filled by Europe, just as the Bible predicted.

Earthquakes began to show a marked increase in size, scope and intensity in 1948. The modern period of ethnos against ethnos can be traced to the death of colonialism beginning in 1948. Increasing ‘pestilence’ or deadly disease, can be traced to 1948. Economic ‘kingdoms’ began with the first multinational corporations in 1948.

Legislation passed by the UN in 1948 like the UDHR and the UNCPR function today as the legal cornerstones of our developing globalist worldview and the disintegration of US Constitutional guarantees.

The decline in morality — worldwide — can arguably be placed at the feet of the current trend of devaluing human life to the degree that legislation permitting abortion and euthanasia are evidences of an ‘advanced’ society.

The Japanese Eugenics Act — the first legal abortion on demand legislation ever passed in modern society — was passed in 1948. American Margaret Sanger was so impressed with the idea that she founded the premier abortion rights advocacy group — Planned Parenthood — in 1948.

Let’s not forget the other technological advances introduced in 1948 — commercial television, holography, cybernetics, meteorology, the nuclear arms race, microelectronics and dozens of other advances that served to demystify the books of Daniel and the Revelation for this generation.

Add that to the social breakdown that followed the ouster of God from American education following McCollum vs. the board of education decision of 1948. Don’t forget the contribution made to evolutionary theory by the introduction of the ‘Big Bang’ theory of 1948. That served to further alienate the concept of a Creator God from the American worldview.

“that there shall come in the last days scoffers, walking after their own lusts, And saying, Where is the promise of his coming? for since the fathers fell asleep, all things continue as they were from the beginning of the creation.”

All these things taken in context point to one logical conclusion. This is the generation of whom Jesus was speaking when He said,

“This generation shall not pass until ALL these things be fulfilled.”