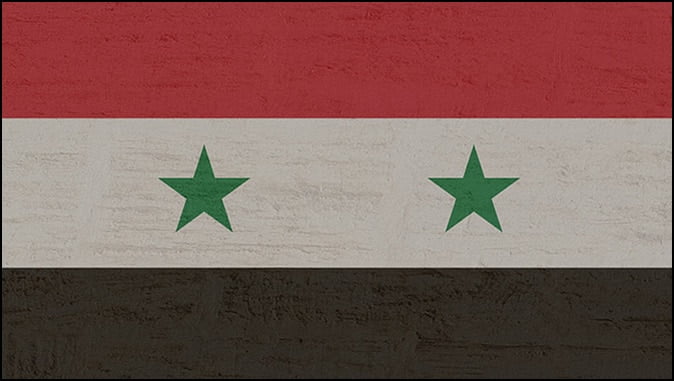 In 1994, his older brother Basil was killed in an auto accident, and Dr. Assad reluctantly laid down his stethoscope and entered into the Assad Family School of Dictatorship.

He returned to Damascus, joined the army, rose quickly to the rank of colonel, and reportedly had a short, but distinguished military career, earning the nickname, “The Guardian Hunter.”

When the elder Assad died in 2000, the Syrian parliament convened to amend the minimum qualifying age for the presidency from age 40 to Assad’s age of 34.

Because of Assad’s Western background and by virtue of his choice of medicine as a career, many expected the younger Assad to be a new and improved kind of dictator.

While Bashar Assad may have had the intellect necessary for a career in medicine, it didn’t transfer over well to politics. Assad’s dictatorship is as brutal as his father’s, but has the political instincts of a brick.

Less than a year after coming to power, he declared that Israelis “try to kill the principles of all religions with the same mentality with which they betrayed Jesus Christ and in the same way they tried to kill the prophet Muhammad.”

He also said the election of Ariel Sharon proved that Israel was “a racist society, even more racist than the Nazis.”

Assad’s record lends Western analysts to doubt Assad’s sanity, with the only question being whether he is an evil megalomaniacal genius or an evil, megalomaniacal moron who just thinks he’s a genius.

All the available evidence lends weight to the ‘evil moron who thinks he’s a genuis’ option.

Assad allied his regime with Saddam Hussein just before the 2003 invasion of Iraq, and has been modeling itself after it ever since.

Last summer, an accident at a Syrian military base established Syria was mounting missiles with VX, sarin and mustard gas warheads.

The mere suspicion that Saddam had WMD justified the invasion of Iraq.

Another argument favoring the removal of Saddam was Iraq’s support for terrorism. Saddam’s government paid a bounty to the family of each Palestinian suicide bomber, for example.

Syria, on the other hand, openly supports, supplies, trains and funds Hezbollah. The offices of both Hamas and Islamic Jihad are listed in the Damascus phone book.

Another justification for the removal of Saddam Hussein was the brutality of his domestic security services. Assad’s domestic intelligence services are equally brutal.

Both Assad and Saddam were members of the ruling ethnic minority. (Saddam was a Sunni who ruled over a largely Shiite country, and Assad is an Alawite who rules over a Sunni majority.)

And Syria even has a Baath Party and a Republican Guard.

Assad may well represent a threat to the existence of the entire Jewish race.

In early September 2007, Israeli warplanes made a daring raid into Syrian airspace to destroy what was widely reported to be a “Syrian nuclear program” being supplied by the North Koreans.

It is extremely unlikely that Syria could have started a full-blown nuclear “program” under the watchful eyes of the Israelis next-door. If not a nuclear ‘program’ — then a ‘nuclear’ what?

The options are limited. Whatever ‘nuclear’ thing it was, it was threatening enough for Israel to risk penetrating Syrian air defenses with eight F-15 warplanes (and their pilots) to destroy it.

North Korea has nuclear reactors and enough nuclear material to construct at least six bombs. Syria has neither the technology nor the facilities to turn it into bombs themselves.

North Korea has both, needs the money, and has already sold the Syrians nuclear weapons-capable missiles capable of reaching all of Israel.

Whatever Israel destroyed, it was delivered by a North Korea cement freighter three days before. If it were simply fissionable material, its seems unlikely Israel would have chosen the military option first.

Were it anything less than a workable nuclear bomb, Israel would have had time to make a diplomatic case. And if Israel could prove North Korea was supplying nuclear material to Syria, Israel would still have time (and the justification) to act unilaterally if the world body sat on its collective hands.

The military commentator for Israel’s state-owned television network, Yoav Limor, reported only that the operation was time-sensitive and took place around the industrial city of Dir E-Zour, along the Euphrates River and near the Iraqi border.

“Apparently, Israel had such an important reason to attack there, even given the risk of war,” Limor said.

Adding to the anomalies, Damascus threatened an immediate military response to the attack. It’s been almost a month, and not a peep from Damascus.

Assad’s government should be demanding that the UN Security Council take action against Israel’s unprovoked attack. But it isn’t.

One gets the distinct impression that Assad has realized he’s gone one step too far over the line and is trying to scramble back over to the other side.

The world doesn’t know what Assad had smuggled in on that North Korean freighter. But Israel knows. And Assad knows that Israel knows.

That’s not as cryptic as it sounds. Its one thing for Israel to suspect Assad has weapons of mass destruction, even nuclear ones. At worst, it means a conventional first strike to destroy them in the event of war.

It is another for Israel to know there is a nuclear weapon an hour’s drive from its border. In the event of war, Israel can’t be certain there isn’t another one. Or leave anyone alive in Damascus to give the order to fire it.

And Assad knows that, too.

Note: This brief, originally published September 27, 2007 gives us quick glimpse of Assad’s ascension to power and the mindset he has for ruling.

Casa Blanca By Jack Kinsella According to a report on PBS, Mexican drug violence has…

Waiting For Superman? By Jack Kinsella As a person who really likes catchy and intriguing…

Does Jesus Beat His Wife?

Does Jesus Beat His Wife? By Jack Kinsella Throughout the New Testament, the word translated…

The Doctrine of Demons

The Doctrine of Demons By Jack Kinsella “Study to shew thyself approved unto God, a…

Genesis? Or Duckweed? By Jack Kinsella Two news stories caught my eye. The first had…

From Here To Eternity