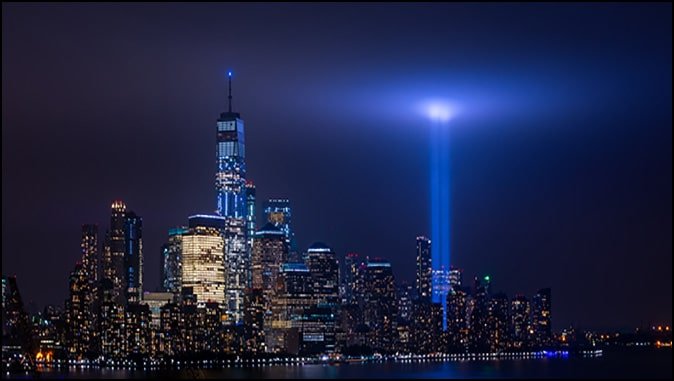 Sticks and Stones
By Jack Kinsella

Somebody took the time to email me to call me an Islamophobe because of a recent column outlining several unflattering applications of sharia law, including the woman sentenced to 500 lashes after a business deal she was in with a Saudi princess went bad.

You can always tell when you have spoken an unassailable truth to a member of the American Left. They roll their eyes, sigh heavily, sputter a little bit and then call you a name, like ‘Islamophobe’, while acting like Van Helsing showing Dracula a crucifix.

Once slapped down in such a manner, the Islamophobe in question is expected to hiss, shield his eyes, and slink away. The Left uses the tactic for a reason. It is very effective. As we noted previously, anything the Left cannot refute, it suppresses by any means necessary.

So if it can suppress an opinion by labeling it as ‘hateful’ or, in this case, a mental disorder, then that’s the preferred tactic.

According to the American Heritage Dictionary, a phobia is a “persistent, abnormal, and irrational fear of a specific thing or situation that compels one to avoid it.”

Phobias are a mental disorder, defined as being both abnormal and irrational. There are some 593 identified phobias, according to one source that publishes what it claims to be ‘the definitive list.’

Islamophobia is NOT on that list. Islamophobia’ is what is called a ‘neologism’ or a word invented or reinvented to reflect a shift in a cultural worldview. Because ‘Islamophobia’ is neologism, or a word that means whatever its user wants it to mean, it has no defined boundaries.

What, therefore, constitutes a case of ‘Islamophobia’? Is it the fear of Islamic inspired terrorists? Or of the stated Koranic aim of spreading Islam to the Dar al Harb [Zone of War] until the return of the Mahdi? Is fearing sharia law “Islamophobia”?

In Montreal recently, a guy killed his wife and daughters for violating his Islamic honor. In Buffalo in 2009, the executive founder of Bridges TV, a Muslim-interest network which aims, according to its website, “to foster a greater understanding among many cultures and diverse populations,” beheaded his wife in a claimed “honor killing” since she was planning to leave him.

Two sisters, Amina Said, 18, and her sister Sarah, 17, were shot dead by their father Yaser at their home in Irving, Texas, in January 2008. Said was upset by his daughters’ “Western ways” and was assisted in the killing by his wife, the girls’ mother!

In Afghanistan this week, the Taliban decapitated seventeen people for violating sharia law by dancing. Is it “Islamophobia” to link that atrocity to the religion that gave birth to sharia law?

Well, I guess that means that I am an Islamophobic bigot because I do not believe that the God that taught turning the other cheek is the same god that exhorts its followers to kill Christians for practicing their faith.

Doctrines, like other things that are different, are NOT the same.

And because I don’t think that is a great idea, I am unreasonably intolerant, ipso facto, an Islamophobic bigot!

Is Islamophobia a form of bigotry? A ‘bigot’ is a prejudiced person who is intolerant of opinions, lifestyles or identities differing from his or her own.

‘Bigot’ is a pejorative term against a person who is obstinately devoted to his or her prejudices even when these views are challenged or proven to be false.

If fear of being forced to convert or submit to Islam, against the backdrop of a global war on Islamic-inspired terror and the images of the Twin Towers extinguishing three thousand innocent Americans can be twisted to mean ‘intolerant’ — it STILL doesn’t mean ‘irrational’ or ‘abnormal’.

Insofar as those views being challenged or proved false, any rational, normal person can go into a bookstore, buy a copy of the Koran, and look it up for himself.

(Of course, doing so, by definition, will make you both ‘irrational’ and ‘abnormal’ – so caution is advised. There is a reason behind the saying; “Ignorance is bliss.”)

If one is opposed to California’s proposition 8, then one is both a homophobe and a bigot. Why? Because supporters of the proposition cannot refute the fact that the historical purpose for marriage is to reproduce and then nurture newly born human beings.

So instead, they try to suppress the opposition by calling them names.

If one opposes the re-election of Barack Hussein Obama, it isn’t because he has presided over the worst economic downturn in living memory while partying his way through his first term. It isn’t because of the expansion of government power. It isn’t the crushing debt. It isn’t the runaway unemployment.

It is because one is a racist. Perhaps even a bitter xenophobe clinging to God and guns while feeling antipathy against those who aren’t like them? The charge that the Tea Party is made up of racists still sticks, despite the fact that more than 20% of the Tea Party self identify as ‘non-white.’

If one supports Arizona’s immigration law then one is a ‘nativist’ — another pejorative akin to being a ‘racist’ but more inclusive, since one need only be an American to qualify.

Those supporting the unrestricted flow of undocumented aliens cannot mount a logical argument to support their idea, since it is logically indefensible.

The reason for the pejorative is because the argument offered by the Left favoring unrestricted immigration is akin to arguing that slow, painful suicide is a great idea. It’s much easier to marginalize the opposition by calling them names.

There is not a single one of these issues in which the American Left can win the debate on the merits. Not one. Which is why they immediately revert to name-calling. Because for some reason, that trumps all logical discussion.

For reasons only comprehended from a spiritual perspective, the Left prefers its version, even when they know it isn’t true. Nobody on the Left really believes that all Republicans are racists. Or that all fears about sharia law are Islamophobic.

And how in the world is it even possible that this generation – to the exclusion of all others – could buy into the delusion that the best way to make a nation strong is to divide its people? Or that the right not to be offended is more Constitutional than the right to free speech?

The Bible explains both how and why.

“And for THIS cause God shall send them strong delusion, that they should believe a lie.” (2 Thessalonians 2:11)

The Apostle Paul was explaining to the Thessalonians who had been told that they had missed the Rapture and were in the Tribulation Period.

Paul explained that before “that Wicked” could be revealed, the Restrainer had to be taken ‘out of the way’. Paul said ‘that Wicked’ would come to power with “all deceivableness of unrighteousness in them that perish” meaning the unsaved (who will be left behind).

2 Thessalonians 2:10 gives the reason – because “they received not the LOVE of the truth, that they might be saved.”

THAT is what is missing from the debate in America. The LOVE of the truth. Indeed, the exact opposite is the standard on both sides. Having accepted (during the Clinton administration) that all politicians lie, it then becomes an issue of which lies one likes better.

But the fact that one prefers it cannot make it true.

Note: Originally written around 2012 or so.

Trusting In the Promises

Trusting In the Promises By Jack Kinsella The wisest man who ever lived, King Solomon,…

”Fixing” the Gospel? By Jack Kinsella An OL member emailed me to ask what I…

Even At The Doors

Even At The Doors By Jack Kinsella Bishop James Ussher was no ordinary man. He…