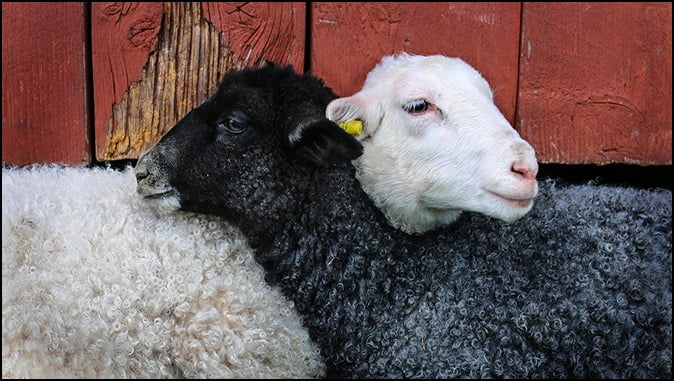 Silencing the Lambs
By Jack Kinsella

The Internal Revenue Service has been enlisted by the administration to strong-arm 501 (c)(3) tax-exempt organizations by threatening to revoke their tax-exempt status. The IRS is threatening both religious groups and partisan political organizations with revocation, decimating their donor base and subjecting them to huge tax assessments.

The latest target was a decoy; the IRS revoked tax-exempt status for Emerge America, a non-profit that trained Democrat women to run for office. Note the reason given for the revocation.

“You are not operated primarily to promote social welfare because your activities are conducted primarily for the benefit of a political party and a private group of individuals, rather than the community as a whole,” said the IRS letter telling the group it was losing its exempt status.”

But while the IRS made a big deal out of revoking a left-leaning organization for being overly partisan, Emerge America is nowhere nearly equal to the household name status of such rabidly partisan non-profits like moveon.org or ACORN.

The Emerge America case is a red herring designed to give the administration cover while it silences its critics by threatening their tax exempt status.

The IRS is also quietly revoking the status of organizations like “Pro-Israel”; “Friends of the Border Patrol”; “Renewal Ministries”; “Help Ministries” and “Sunlight Ministries”.

Now I admit that I know little to nothing about any of those organizations — so I am not defending any of them. But none of them sound like they are particularly friendly to the Obama administration.

(I am certain that moveon.org isn’t on the revocation list. Neither is ACORN.)

I don’t want to mention any names, (thereby waving the red flag in front of the government’s bull), but a certain ministry with whom I am associated is also under IRS scrutiny for being “too partisan”. The effect was immediately chilling.

Here is the problem. How does one track and detail unfolding Bible prophecy apart from politics? The antichrist is a politician. The signs of the times outlined by Jesus are primarily social reactions to political realities.

Could you expound upon the various fulfillments of that prophecy without discussing the politics involved?

How does one discuss how the rising racial tensions across America fit into the overall prophetic tapestry without discussing such political events as the administration’s handling of the Travyon Martin case?

How does one explain the prophetic significance concerning the massacres in Syria without discussing the politics surrounding them?

What about the potential for a Middle Eastern war? Can one explain the significance of Gog-Magog without delving into the political events that will bring it about? Does American politics play a role?

Where is America in Bible prophecy? That is a pretty important question, particularly if one happens to live in America. But try and answer it without any discussion of the role played by domestic politics.

How does one discuss the role that the global warming hoax plays in the fulfillment of Luke 21:25-26 without a complete understanding of the domestic and international politics involved?

How could anyone understand what the Apostle Paul was explaining to Timothy about the last days the perilous times to come without the Democrat Party being there to exemplify Paul’s description as recorded in 2 Timothy 3:1-5?

Take away the ability to relate Bible prophecy to the politics of the last days, and it means whatever anybody wants it to mean. Devoid of politics, the preterists have just as solid a prophetic worldview as the futurists.

And they believe that Bible prophecy was all fulfilled 2000 years ago, these aren’t the last days, and Israel isn’t really Jewish.

So in a sense, a donation to a tax-exempt organization is simply redirecting money that would have gone to the taxman anyway.

It turns a tax-exempt charity into a tax shelter. As a taxpayer, a certain part of your income is really the government’s. You don’t get to keep it, no matter what. (If you try, you go to jail.)

But the IRS will accept tax-exempt donation receipts as cash. While folks are reluctant to part with their own money, they don’t mind spending the government’s — it isn’t theirs anyway.

So if you are facing a hefty tax bill, why not just donate that money to your favorite ministry instead? It is good for the ministry, it is good for you, and fewer of your tax dollars go to fund gay rights, abortion rights or whatever other government policy you oppose philosophically.

The problem is that when a church or Christian ministry accepts 501(c)(3) status, in so doing, it surrenders to the government the authority to determine what they are allowed to teach.

If the IRS decides, using its own sliding scale, that a 501(c)(3) exempt ministry has strayed into the realm of political advocacy, the IRS can withdraw that tax-exempt status, levy whatever it wants in retroactive taxes, and effectively shut down that church or ministry.

“charities or churches which do not participate in, or intervene in (including the publishing or distributing of statements), any political campaign on behalf of (or in opposition to) any candidate for public office.”

The IRS crackdown won’t affect your Omega Letter. We decided early on that since the Bible forecasts an eventual government crackdown on all things Christian in the last days, we were better off without it.

Besides, as we’ve already discussed, one cannot separate Bible prophecy from secular politics and hope to make sense out of any of it. So it seemed to us that it would give some future, dictatorial government just the leverage it needed to silence the opposition.

And so it has.