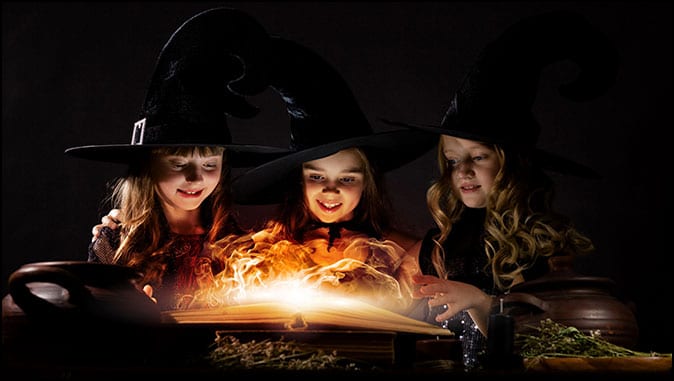 October 31 is Hallowe’en, or the Feast of Samhain, el Dia de lost Muertos, one of the world’s oldest holidays, still celebrated from Europe to the Americas (and my daughter, Kari’s birthday. Happy birthday, Kari!)

One year for Christmas, one of my sons gave me a 700 page book entitled, “The Story of the Irish Race” written by Irish historian Seumas Macmanus near the close of the 19th century.

Throughout his book, Professor Macmanus demonstrates a record of Irish history, maintained through its songs, legends and traditions, almost as rich and detailed as that of the Hebrews themselves. Indeed, Roman historians of antiquity considered Ireland to be an ancient kingdom when Rome was still young.

Part of Irish folklore history holds that the ancient Ard-Righs (High Kings) of Ireland were trading partners and allies of King Solomon of Israel. It seems that the ancient pagan Irish Druidic class was modeled after the Israelite system of priests and judges.

The Druids maintained the history of the Irish race, mimicking the practice of the Israelites of committing the past to both oral and written records. The Druids were like the ancient Israelite priests, only without the God of Israel.

The ancient Romans referred to the Druids as ‘barbarian philosophers’ but in his book, the Gallic Wars, Emperor Gaius Julius Caesar noted that it could take up to twenty years to complete the Druid course of study.

“The principal point of their doctrine”, says Caesar, “is that the soul does not die and that after death it passes from one body into another.

With regard to their actual course of studies, the main object of all education is, in their opinion, to imbue their scholars with a firm belief in the indestructability of the human soul, which, according to their belief, merely passes at death from one tenement to another; for by such doctrine alone, they say, which robs death of all its terrors, can the highest form of human courage be developed.

Subsidiary to the teachings of this main principle, they hold various lectures and discussions on astronomy, on the extent and geographical distribution of the globe, on the different branches of natural philosophy, and on many problems connected with religion”.

Caesar also noted the Druidic deity was the equivalent to the Roman god of the underworld, Hades. The ancient Israelites would have recognized him from their literature as Satan.

The winter season in Celtic tradition was closely associated with human death. The winter’s cold would hasten death, and so November 1st was the day when the Celts believed the boundaries between the living and the dead were the weakest.

On October 31st, following the ancient custom of burnt offerings unique to the Celts (and ancient Israelites) the Druids would order huge sacred bonfires (bone-fires) where people would gather to burn crops and animals as sacrifices to the Celtic deities.

During the celebration, the Celts wore costumes, typically consisting of animal heads and skins, to frighten away the spirits of the dead.

Under the Romans, the Druidic custom merged with the Roman customs of Feralia, the Roman day of the dead and that of Pomona the goddess of fruit and trees. By the 4th century, it became the feast of Samhain.

Even later, in A.D. 1000, the church would make November 2 All Souls’ Day, a day to honor the dead. It was celebrated similarly to Samhain, with big bonfires, parades, and dressing up in costumes as saints, angels, and devils.

Together, the three celebrations, the eve of All Saints’, All Saints’, and All Souls’, were called Hallowmas.”

Hallowe’en is a conundrum for Christians. There are two ways that we, as Christian parents, generally approach it. Here’s the first thing I did as a new Christian just learning what Hallowe’en is all about.

On October 31st, we’d turn off all the lights and pretend we weren’t home.

Later, we learned from an elder about greeting the little trick or treaters and giving them tracts instead of candy.

My kids didn’t get to trick or treat for Hallowe’en when they were little. Instead, I used them like little banners to demonstrate my faith. (It wasn’t easy being one of my kids. Take their word for it.)

When all the other kids were dressing up like fairies and demons (and princesses and comic-book characters and hobos) I insisted that my kids be given something else to do besides celebrate in Satan’s holiday.

After a decade or so of alienating my kids, it occurred to me that other kids weren’t really celebrating Satan’s holiday.

My kids knew about the history of Hallowe’en. I made sure of that. They knew it was Satan’s holiday. But they didn’t want to worship Satan.

They wanted to dress up in costumes and play instead of do schoolwork and canvass the neighborhood for free candy and eat it until they got sick.

They also knew that they could do all that without worshipping Satan even once the whole night. They figured that out years before I did.

The second way to deal with being a Christian at Hallowe’en is to go to the Bible for the answers. (I didn’t get around to that until about the time my last kid was too old to go trick or treating anymore. Being one of my kids really wasn’t easy.)

“Him that is weak in the faith receive ye, but not to doubtful disputations.”

“One man esteemeth one day above another: another esteemeth every day alike.Let every man be fully persuaded in his own mind.“

As to how Christians should regard it,

”let every man be fully persuaded in his own mind.”

Why? Because Paul says a day, in and of itself is just not that important.

“So then, every one of us shall give account of himself unto God”

— and if you are ok with it, then its between you and Him.

Why? Because to a Christian, it is just not that important.

“I know, and am persuaded by the Lord Jesus, that there is nothing unclean of itself: but to him that esteemeth any thing to be unclean, to him it is unclean. But if thy brother be grieved with thy meat, now walkest thou not charitably. Destroy not him with thy meat, for whom Christ died.”

On the other hand, if you think the appropriate response is to greet the little trick or treaters with a Bible tract, you are equally correct and I praise the Lord for you.

And if you think that on Hallowe’en trick or treaters are just kids having innocent fun and you also want to load them up with junk food commensurate with how cute they are, then, by the authority of the Word of God, you are ALSO correct and I praise the Lord for you.

“Hast thou faith? have it to thyself before God. Happy is he that condemneth not himself in that thing which he alloweth.” (Romans 14:22)

It is possible to be a Christian in this world and still live a little.