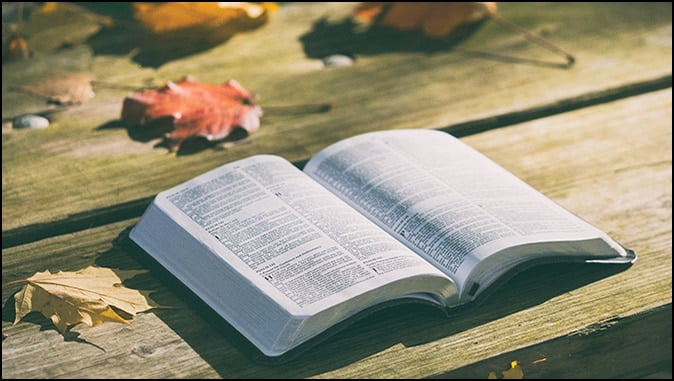 ”Now all these things happened unto them for ensamples: and they are written for our admonition, upon whom the ends of the world are come. Wherefore let him that thinketh he standeth take heed lest he fall.” (1st Corinthians 10:11-12)

One of the most maligned and least understood of all Christian doctrines is the study of the dispensations of God. There are huge segments of Christianity who believe it is a false doctrine. This, despite the clear teaching of the Scripture.

First, let’s clearly define what Dispensationalism means; “the act of dispensing or something dispensed; a specific arrangement or system by which something is dispensed.”

Moses dispensed the Law. The word ‘dispensation’ does not mean a period of time. It means the dispensing of a particular message or ministry. For example, the Church Age began at Pentecost and will end at the Rapture.

“…Ye men of Galilee, why stand ye gazing up into heaven? this same Jesus, which is taken up from you into heaven, shall so come in like manner as ye have seen him go into heaven. (Acts 1:11)

The Apostle Paul addressed the Church Age Dispensation no fewer that four times;

“For if I do this thing willingly, I have a reward: but if against my will, a dispensation of the gospel is committed unto me.” (1st Corinthians 9:17)

“That in the dispensation of the fulness of times he might gather together in one all things in Christ, both which are in heaven, and which are on earth; even in Him.” (Ephesians 1:10)

“If ye have heard of the dispensation of the grace of God which is given me to you-ward:” (Ephesians 3:2)

“Whereof I am made a minister, according to the dispensation of God which is given to me for you, to fulfil the Word of God;” (Colossians 1:25)

There are those who claim that Dispensationalism and even the Rapture are relatively new doctrines ‘invented’ by John Darby after meeting with Margaret MacDonald.

As they tell it, in 1830, she had a vision about the end of the world and when she came out from under her trance, she wrote it down.

This account attracted the attention of Edward Irving and his church later claimed Margaret as one of their own prophetesses. Irving also had an interest in prophecy and held prophetic conferences. The historian of Irving’s church claimed that Margaret was the first person to teach a two stage second coming of Christ.

John Darby traveled to Scotland to visit the MacDonald home. Darby was a lawyer until a year after his conversion when he was ordained a deacon in the Church of England. Soon after entering the ministry he became disillusioned with the institutional church and started the Brethren movement in Plymouth, England.

Darby became known as the ‘father’ of Dispensationalism, the first eschatology to incorporate the ‘prophecy’ of Margaret MacDonald. Darby continued to develop this new view by becoming the first to make a radical distinction between Israel and the Church.

Darby taught that God has two special groups of people (or two Brides) and a separate plan for each of them. This meant Christ would have to return twice. Covenant theologians sneer that, “this secret rapture was so secret that no one had ever heard of it for 1800 years!”

The Margaret MacDonald story has been told and retold so many times that most Covenant theologians can recite it in their sleep. There is something about Dispensationalism that makes them see red.

Most Dispensationalists couldn’t care less whether or not a segment of the Church believes it will go through the Tribulation. I am among that group.

If somebody trusts Christ for his salvation, but disagrees with the timing, (or even the doctrine) of a secret Rapture, they are still saved.

But I’ve yet to discuss Dispensationalism with Covenant (or replacement) theologians without being called names like ‘false teacher’ and ‘liar’.

The Margaret MacDonald story is included in every missive, so that ‘ignorant’ can be included on the list. Why is there so much opposition to Dispensationsalism? Dispensationalism drives a stake through the heart of replacement theology.

When the Emperor Constantine declared Christianity the state Church of Rome, he set into motion a codification process in which ultimately resulted in the Bible being restricted to members of the clergy. This period is known to history as the ‘Dark Ages’.

It wasn’t until the Bible was made available to the common man that the Protestant Reformation began to take place in the 15th century.

The Protestant Church was born out of the Roman Catholic Church. While it rejected Catholicism’s teaching of salvation by works, it carried with it much of its doctrine, including that of replacement theology.

For almost three hundred years, the Protestant Church continued to accept the Catholic doctrine of replacement theology without challenge. Until Dr. C. I. Scofield reviewed and advanced the teachings of the early Church, publishing his findings in the Scofield Reference Bible.

The Scofield Reference Bible attempted to set in order the right divisions of God’s purpose as Scofield understood it. And it is important to note that there is very little similarity between the writings of Scofield and the writings of Darby, despite being assigned joint credit for ‘inventing’ the doctrine by its critics.

There are three things to keep in mind about dispensational teaching. First, it maintains a distinction between Israel and the Church, recognizing God has an eternal, unchanging, Plan for Israel and a different Plan for the Church during the Church Age.

The second is that Dispensationalists hold to a literal interpretation of the Bible, instead of spiritualizing a text or making everything a ‘type’.

Thirdly, Dispensationalists believe God’s purpose is much bigger than the salvation of mankind. God’s purpose centers in His glory.

The Bible is all about God’s kingdom and His Son ruling over it. This is the part where the replacement theologians start turning red. Dispensationalists believe that there is a place for the Jew, the Gentile and the Church of God in this eternal purpose. Those saved in this age are in the church, the body of Christ.

Replacement theology cuts the Jew out of God’s Plan, blurs the line between Christian and Gentile, and assumes unto the Church the Promises of God to Israel.

Therefore, according to the modern interpretation of replacement theology, modern-day Israel isn’t really the Israel of the Bible. It has no special spiritual connection to the Land. This theological worldview is behind most mainstream Protestant churches sharing the Vatican’s unwavering support for the Palestinian cause.

Replacement theology is also the root cause of modern anti-Semitism. This is why those who hold to it get so nasty when attacking Dispensationalism. It is easier to hate Israel if you think that God hates it, too.

The Indictment By Jack Kinsella According to the Bible, one day as Jacob was cooking…

The God in Whose Hand Thy Breath Is

And After This, The Judgment

And After This, The Judgment By Jack Kinsella If there is a central theme of…

A History Rhyme About The Second Coming