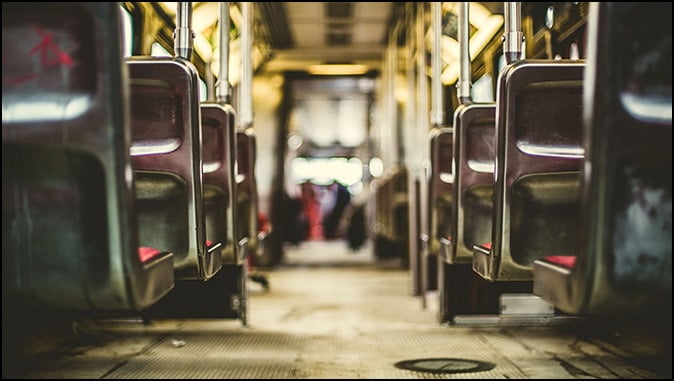 Originally Published in May 2010 but still relevant for today.

Last year, the Bloomington, Indiana Transit Board voted to accept an advertisement sponsored by the “Indiana Atheist Bus Campaign” after the ACLU threatened a lawsuit.

ACLU attorney Paul Newman and several members from the INABC attended the board meeting to witness the vote, which was quick and unanimous. Newman then stood and made a brief speech of appreciation.

“The search for the truth is controversial. And that was our objection to the form of policy is that you were cutting out exactly what the First Amendment is there to protect, which is controversial minority points of view.”

As the INABC members applauded, he said, “So we thank you.”

Doesn’t it just warm the cockles of your heart to hear the ACLU champion the ‘search for the truth’?

Clearly, that’s what this ad was aimed at – ‘searching for the truth’ with this declarative statement: “You Can Be Good Without God”.

Similar bus campaigns showed up all over the country. “There is no God” declares another “truth-seeking” message.

My favorite ‘truth-seeking’ message is this one: “You Don’t Have to Believe in God to be a Moral or Ethical Person.”

Maybe not – but it would help to explain where the concepts of morality and ethics come from. Morality cannot exist without moral absolutes – something that atheism denies.

For morality to exist, there must be something called ‘immorality’. That cannot exist without moral absolutes against which immorality can be measured.

‘Moral’ is much like ‘legal’ in that way. Something is illegal or it is legal based on whether or not somebody crosses that line from absolutely legal to absolutely illegal. Were there no legal absolutes, nothing could be deemed “illegal” – legal and illegal would simply be matters of individual perspective.

“You say to-may-to, I say to-mah-to…” — I’ve heard that argument applied to the ethics of abortion, the morality of pedophilia, alternative forms of ‘marriage’ – try using that defense in a murder charge.

You might call it ‘post-natal abortion’ but there is a judge who determines, based on legal absolutes, what is ‘legal’ and what is ‘illegal’.

For morality to exist, there must also be a judge to determine what is moral and what is immoral – otherwise, one cannot know if one is ‘moral’ – just as one cannot know what is legal apart from the law.

It is possible to be ‘good’ without God, since ‘good’ is a subjective term. An airstrike taking out the top leadership of the Taliban is good, right?

(Unless, of course, you are the top leadership of the Taliban. Then it is really bad.)

You can be good without God. But you can’t even know if you are moral or ethical without Him.

Moral compared to whom? Barack Obama? Pope Benedict? Osama bin Laden? Each has his own morality and ethics – all three are different.

(Or so one fervently hopes.)

That there is a concerted war against Christianity in America is well-documented.

In 2004, a group of Christians was arrested, spent 21 hours and jail and were charged with multiple felonies for peacefully protesting at a Philadelphia “Gay Pride” event.

They were arrested and charged even though the event was open to the public and held on city streets and sidewalks.

In 2006, the California Supreme Court voted unanimously that the City of Berkeley could withdraw a rent subsidy to a Boy Scouts affiliate (the Sea Scouts) at the city marina because of the scouts’ opposition to homosexuality.

Also in 2006, Emily Brooker, a social-work student at Missouri State University, was charged with violating the school’s “Standards of Essential Functioning in Social Work Education.”

One of her professors accused her of the violation after he assigned a project that required the entire class to write and each sign a letter to the Missouri Legislature in support of gay adoption. Brooker said her Christian beliefs required her to refuse to sign the letter.

In 2007, the Oakland, Calif. city government found the words “Marriage is the foundation of the natural family and sustains family values” to be a hate crime and reprimanded a group of Oakland city government employees for using these words on a flier in the workplace.

In some cases, the attacks are out in the open; the war on Christmas, the annual Easter ‘exposes’ of the ‘real’ Jesus by Newsweek and Time, the abolition all any Christian symbols from public life, etc.

The atheist bus campaign is a good example. The signs weren’t endorsements of atheism – a belief in nothing is difficult to endorse.

Since nothing doesn’t exist, the atheist message comes in the form of an attack on God, since He does. The signs therefore make an inadvertent, yet logically positive statement about God.

In each atheist sign, there is reference to God because atheism NEEDS God to exist in order for atheism to exist.

The marriage/gay rights debate is simply another front in the same war. There are different agendas but the same objective – the elimination of God from the public square, and with Him, those pesky moral absolutes they find so hateful.

The war on Christianity and the increasingly blind hatred for God of Abraham, Isaac and Jacob by American secularists has become so white-hot that it has lost all sense of reason.

Recently, an Islamic group bought ads on Miami city buses offering invitations to join Islam. The ads claimed Islam was “submission to God and the way of life to Adam, Noah, Abraham, Moses, Jesus and Mohammed.”

Another ad offered a toll-free number and the address to their website.

The city defended accepting the ads, claiming that it was freedom of speech issue. According to Phyllis Berry, the spokeswoman for the Broward County Transportation Department,

“…it’s about fairness, it’s about the law and it’s about what it’s like to live in America. We don’t always like the law, but it’s there for a reason.”

But when a group called “Stop Islamization of America” bought ads saying, “Fatwa on your head? Is your community or family threatening you?” and inviting them to “Leave Islam” the rules for ‘what it is like to live in America’ change.

Robert Spencer of Jihad Watch purchased the ads. He said that three of the bus companies that accepted the “join Islam” ads rejected the “leave Islam” ads outright.

The Miami ads were pulled within 48 hours after a complaint by CAIR that the ads were ‘offensive to Muslims’.

But when Christians complained that using Jesus to advertise a religion that demeans Him was offensive to Christians, they were told to ‘suck it up’ in the name of religious liberty.

Just like they were told to suck it up when the atheists ran signs attacking God and implying that believers are simple-minded and superstitious. What could possibly be offensive about that?

The atheists aren’t running signs saying “There is no Allah.” There are no Gay Pride celebrations mocking Islam or portraying Mohammed as gay.

That’s all reserved for Jesus.

If an honest skeptic were really interested in the truth, the concentrated attack on all things related to the God of the Bible should be all the evidence necessary.

There are roughly as many Muslims in the world as there are Christians. Where are the secular attacks against Islam?

Granted, nobody is afraid of Christians – they know enough about the Bible to know that genuine Christians are no threat.

But since Islam also imposes a strict standard of moral and ethical absolutes, one would think that somebody might have the courage of their convictions besides the Christians that paid for the “leave Islam” ad.

That should also interest the honest skeptic genuinely seeking the truth about the relationship between ethics and morality and the existence of God.

God must exist in order to explain the white-hot hatred that the mere mention of His Name engenders among His enemies.

A hatred so blinding that it will tolerate proselytizing for Islam – or nothing at all – but will fight tooth and nail to prevent any mention of Jesus.

“And even as they did not like to retain God in their knowledge, God gave them over to a reprobate mind, to do those things which are not convenient; Being filled with all unrighteousness, fornication, wickedness, covetousness, maliciousness; full of envy, murder, debate, deceit, malignity; whisperers, Backbiters, haters of God, despiteful, proud, boasters, inventors of evil things, disobedient to parents, Without understanding, covenantbreakers, without natural affection, implacable, unmerciful:” (Romans 1:28-31)

The progression outlined here is typical of the Holy Spirit, i.e., perfect. It begins with their choice. Those who chose not to retain God in their knowledge, God gave over to be guided by their unregenerate mind.

By their fruits, ye shall know them, the Scriptures say.

“Who knowing the judgment of God, that they which commit such things are worthy of death, not only do the same, but have pleasure in them that do them.” (Romans 1:32)

Another way to know them is by their fear of a ‘mythical’ God.