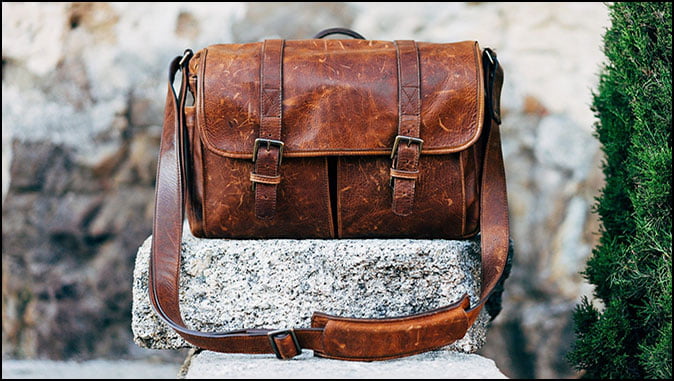 Not to Shoot the Messenger, But…
By Jack Kinsella

I received what I hope was the last in a series of emails from a reader Down Under taking me to task for having foolishly succumbed to the rantings of C.I. Scofield, whom my correspondent claims invented Dispensationalism as a way of coddling the Jews.

“It was Scofield, with financial support from wealthy Jewish Zionists, who popularized the idea that God ordained His chosen people to come back to their promised land. I used to believe that Jack, but it doesn’t stand up,” the email says.

“What I’m saying is that the policy (Zionism) to establish an exclusive Jewish state was wrong from the start. The only land that is justly gained for Jews is the land they have lawfully purchased. It’s not God’s work, it’s the work of men, specifically those of the Talmud-inspired Zionist ideology.“

According to my correspondent, Scofield invented Dispensationalism, and, together with the famous Margaret MacDonald, cooked up the whole idea of a Rapture.

To prove his point, my correspondent followed up with an email that he prefaced, “Not to shoot the messenger, but…” above a document that, well, shoots the messenger.

It contains a copy of his divorce decree, connected him with Freemasonry, accused him of forgery, fraud, child abandonment, etc.

This, in some way, my correspondent believes, proves his initial argument against Israel, to wit;

God disinherited the Jews when they rejected Jesus and transferred the promises from Israel to the Church. Therefore, the argument continues, Christians support Israel on false pretenses.

According to the email, “what the American Christians and Zionist Jews have created, under false pretenses, is a military monster in the Middle East run primarily by white-skinned Eastern Europeans who have enclosed the native inhabitants in a 20 by five mile walled enclosure ‑ and they wonder why Arabs hate them!”

Incredibly, this was in response to my first reply in which I pointed out that the Arabs hated the Jews long before there was a state of Israel. And that both the charters of Hamas and the PLO list the destruction of Israel as among their foundational objectives.

Evidently, those historical facts were, to him, inconsequential to his original argument.

But let’s get back to Scofield, for a minute. I don’t know if any of those charges against him are true, and frankly, I don’t really care. I don’t know much about the guy one way or the other.

But I know it wasn’t Scofield who “invented” Dispensationalism. The doctrine was right there in the Bible, all along.

Dispensationalism is simply taking the long view of the Bible and recognizing that God interacted with mankind in different ways and under different circumstances from one time period to another, and that each new period was marked by progressive revelation from God.

This view is not something new, and it didn’t originate with Scofield. The entire Bible testifies to both progressive revelation and changes in the way God interacted with man.

He walked with Adam and Eve in the cool of the evening. He spoke to Noah directly with specific instructions. He introduced the Law through Moses. He fulfilled the Law in the Person of Jesus Christ. During the Church Age, He indwells believers in the Person of the Holy Spirit.

During the Tribulation, He judges the Law and restores Israel to fellowship with Him. After the Tribulation, He lives and reigns from Jerusalem. These are all different ways and circumstances throughout history, or dispensations, in which God both interacted with man and revealed Himself and His plan to us.

Scofield didn’t invent them. Scofield didn’t rewrite the Bible — the same revelatory outline is contained in the KJV. Or the NIV, or the NASB. I don’t know if he was the first to notice the different Dispensations, but I doubt it.

To tell you the truth, I am not sure why Scofield is even relevant to the argument. But whenever somebody launches an attack against Dispensationalism, they do so through Scofield.

Which is probably why their arguments are so unconvincing.

I don’t know much more about Darby than I do Scofield, and the only time I’ve ever heard of Margaret MacDonald is when she is introduced into the argument by the proponents of replacement theology and the historicist view (that all prophecy was fulfilled in AD 70).

Darby didn’t invent pre-Tribulationalism, and it isn’t new. The overall outline of Scripture indicates a separation between the Church Age and the Time of Jacob’s Trouble.

It is a period when God deals with mankind differently (mercy is replaced by judgment) and it culminates in a period of progressive revelation during the Kingdom Age to follow.

Darby may have been the first to explain the doctrine; I don’t know, and again, I kind of doubt it. But it doesn’t matter one way or the other. It isn’t the messenger that is important, it is the message. Attacking one of the messengers doesn’t make the message any different.

As to Margaret MacDonald being somehow connected with the “invention” of a secret Rapture, this is another ‘rabbit trail’ argument. It was the Apostle Paul who described the event, in great detail, and in no uncertain terms:

“For the Lord Himself shall descend from heaven with a shout, with the voice of the archangel, and with the trump of God: and the dead in Christ shall rise first: Then we which are alive and remain shall be caught up together with them in the clouds, to meet the Lord in the air: and so shall we ever be with the Lord.” (1st Thessalonians 4:17-18)

Margaret MacDonald didn’t insert those verses into the Bible at some point early in the 19th century. They were already there in the 1st century, and according to 2nd Thessalonians, there were already those who feared the Rapture had taken place and they had been left behind.

“Now we beseech you, brethren, by the coming of our Lord Jesus Christ, and by our gathering together unto Him, That ye be not soon shaken in mind, or be troubled, neither by spirit, nor by word, nor by letter as from us, as that the day of Christ is at hand.” (2nd Thessalonians 2:1-2)

Paul continues through the chapter outlining what would take place during the Tribulation, and then reminding them that the Rapture takes place first.

“For the mystery of iniquity doth already work: only He who now letteth [restrains] will letteth [continue to restrain], until He be taken out of the way. And then shall that Wicked be revealed…” (2nd Thessalonians 2:7-8)

Since that “Wicked” had not been revealed, Paul assures them, they couldn’t have been left behind. Because when he IS revealed, the Restrainer [and His vessels] will have been recalled.

What is fascinating to me is that anybody wants to attack anybody at all. What is the motive?

Nobody is saved by either the timing or the reality of the Rapture. Salvation comes by grace through faith in Who is coming, not when. Or even if.

Dispensationalism and Pre-Tribulationalism are doctrines that are useful to studying the outline of Bible prophecy, but nobody is saved by their proficiency in eschatology. Or even their understanding of it.

One is either saved by grace through faith or one stands before the Righteous Judge on one’s own merits.

One clue about the motive behind the attacks on Dispensationalism is that most begin, as this one did, with an argument for why Christians should be against supporting the Jews.

“Now the Spirit speaketh expressly, that in the latter times some shall depart from the faith, giving heed to seducing spirits, and doctrines of devils; Speaking lies in hypocrisy; having their conscience seared with a hot iron.” (2nd Timothy 4:1-2)

Examining the Evidence For the Pre-Trib Rapture

Examining the Evidence For the Pre-Trib Rapture By Jack Kinsella In yesterday’s Omega Letter, we…

From Athens BC to Washington DC

From Athens BC to Washington DC By Jack Kinsella In the mid-eighteenth century, a Scottish…

The Cost of Freedom

On Death and Dying

On Death and Dying By Jack Kinsella I hate death. Not so much in the…

Proving All Things In The Age Of Information Overload