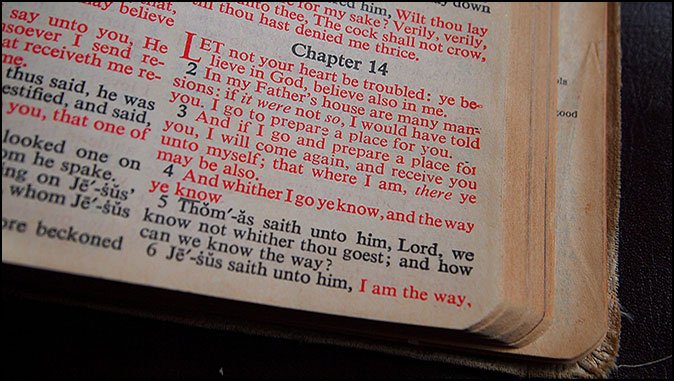 More Sure Word
By Jack Kinsella

Yesterday, I made a guest appearance on the KKMS Live Radio 980 program with hosts Jeff Shell and Lee Michaels. It was a last-minute thing — I got the invitation the morning of the program, so I didn’t have time to tell you in advance.

But the program will be posted in their archives sometime today, and we’ll link to it from the OL when they do.

I’ve appeared on their Tuesday program before — it is their ‘prophecy’ day — and it’s always interesting. The program’s producer, Ted Ross, generally asks me if I have any particular topic I want to cover. I usually leave it up to the hosts to decide.

This time, Ted asked me to discuss specific prophecies that had been fulfilled or were in the process of being fulfilled in this generation. It forced me to go back to the basics, and that’s when I realized how long it had been since I had taken a step back and had a look at the Big Picture.

Bible prophecy is a complicated study. Although about a quarter of the Bible is prophetic, that also means three-quarters of it is not. And not all Bible prophecy deals with the future — at least from our perspective on the timeline.

But because it is so complicated, it crosses the line from a study to a discipline, and if one isn’t careful, one is in danger of not seeing the forest for the trees, so to speak.

The radio discussion format doesn’t allow time to examine the bark on each tree — all there is time to do is admire the magnificence of the forest. It wasn’t till I started talking about it that I began to feel a welcome sense of renewed awe at the whole thing.

I grew up only fifteen minutes from what is [erroneously] titled one of the Seven Wonders of the World for its awesome majesty. To the rest of the world, it is the mighty Niagara Falls, one of the world’s most popular destinations.

To me, living close enough to it to see the permanent water plume that hangs above it, it was just a waterfall.

It wasn’t till fifteen years after I moved away that I came back as a tourist and saw it for the Divine bit of sculpture that it is.

I had that same sense during the program while revisiting the Big Picture and rediscovering in the process how awesome is the God Who ‘tells the end from the beginning and from ancient times the things that are not yet done’. (Isaiah 46:10)

I began to think again about the miracle that is the Bible itself. Incomparable to any work of antiquity, it is the product of some forty different writers, from kings to shepherds, often separated by hundreds of miles or centuries of time from each other.

Few knew of the existence of the others, yet each writer and each book blends together seamlessly into one Master Work. More amazingly, it claims of itself 100% accuracy, 100% of the time, on matters of history, geography, science, medicine and, uniquely, prophecy.

Consider just six prophecies that are in the process of fulfillment in this generation. There are thousands, but just these six should be enough to drive one to one’s knees.

1. The restoration of Israel: That’s the Big One. It is the ‘domino’ that starts the prophetic process rolling. Israel was restored in 1948.

2. The unification of Europe: along the lines of the old Roman Empire. (Daniel 9:27)

And despite the current 27 members, there remain only ten FULL members — the original ten who are also the only FULL members of the Western European Union. The rest have either ‘associate’ or ‘observer’ status. The European Union is the seventh expansion of the former Benelux Treaty alliance, which was ratified in 1948.

3. The Mark of the Beast: The Bible predicts the antichrist will be able to control his government through his centralized control of the economy. Revelation 13:17 says no man could buy or sell without having his ‘mark’.

This was never possible in history until the 1948 invention of the transistor gave birth of the Computer Age, which coincided with the birth of the global economy with the GATT Treaty, also in 1948.

4. The Great Apostasy: Paul says that before the antichrist can make his appearance on the world scene, several things must happen first. There must be a great apostasy, or falling away, from the true faith — the Laodicean portion of the Church Age. (Revelation 3:14)

Paul speaks of what can best be described as a ‘conditioning process’ whereby people become hardened to the truth, preferring instead to embrace whatever version of the truth is most comforting.

And we’re ok with that, even though, by definition, neither report the truth, since the truth serves neither agenda. The conditioning process is complete.

5. The Alignment of Nations: Ezekiel forecasts a conflict in which Israel is the target in an invasion comprised of Russia, Iran, the inhabitants of several states of north Africa, the former ‘stans’ of the Soviet Union, and the Slavic states.

Ezekiel’s list reads like the roster of Middle East Russian client-states. They are all ideological enemies of Israel — and by extension, the US. And isn’t it interesting that they are either Islamic or majority Islamic. (Ezekiel lived a thousand years before Mohammed. )

6. Global Warming: “And there shall be signs in the sun, and in the moon, and in the stars; and upon the earth distress of nations, with perplexity; the sea and the waves roaring; Men’s hearts failing them for fear, and for looking after those things which are coming on the earth: for the powers of heaven shall be shaken.” (Luke 21-25-26)

Never in history has anything resembling the fulfillment of this prophecy occurred. Note carefully what Jesus is predicting. Astrological events. Like asteroids? Sun spots?

(I’m confused. Does that reflect ‘distress’? Or ‘perplexity’?)

But we’ve also got another eye (and more tens of millions of dollars) tied up in the search for incoming killer asteroids. It’s not a matter of ‘if’, but ‘when’. The last time was a million years ago, they say.

Why weren’t we searching for them in 1940? Or even worried about them? Why is such a planet-killer imminent now and never before?

Are there suddenly MORE? Nope. But the signs in the stars suggest it’s just a matter of time.

Except all of this was in print two thousand years ago. NONE of it was POSSIBLE when my parents were born. Today, its all we talk about.

We live in an age of miracles. Science can duplicate most of the miracles of Scripture, from giving sight to the blind to reanimating the dead.

But prophecy is the unique province of God — it is His Signature on the love letter to you that is the Bible.

It is proof positive that the God we worship is real, He is alive, and He remains on His Throne and in complete control of the universe. We are not following cunningly devised fables — a fable cannot foretell the future.

“We have also a more sure word of prophecy; whereunto ye do well that ye take heed, as unto a light that shineth in a dark place, until the day dawn, and the day star arise in your hearts:” (2nd Peter 1:19)

Remembering the Former Things of Old

Letting God Sort It Out

Letting God Sort It Out By Jack Kinsella "For now we see through a glass,…

Yes, He Can Hear You, Now

Yes, He Can Hear You, Now By Jack Kinsella Antony Flew became the Western world’s…

The Logic of the Spirit

The Logic of the Spirit By Jack Kinsella Some time back, the Salvation Army refused…

The Whole Counsel of God

The Whole Counsel of God By Jack Kinsella “A wise man will hear, and will…