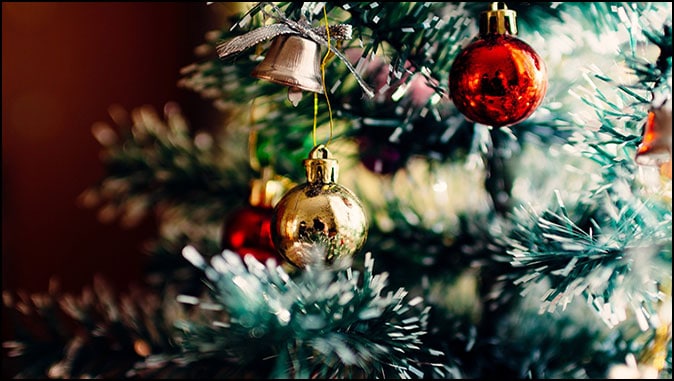 Is Christmas a Christian Holiday?
By Jack Kinsella

I know a lot of Christians who refuse to celebrate Christmas. And a lot more who do, but feel guilty about it before the Lord, whether they want to admit it or not. It is difficult to really identify Christmas as it is celebrated in our culture with a Christian holiday. There’s a reason for that.

Although a majority of Americans polled identify themselves with Christmas, the greeting “Merry Christmas” grows more rare with each passing year, replaced instead with the secular (and meaningless) “Happy Holidays!”

What the heck does THAT mean? It applies equally to ‘Happy Labor Day” or “Happy President’s Day” so what does it have to do with Christ?

Let’s take a look and see. And read carefully before you start firing off angry emails. I am probably NOT going where you think I am.

First, there is no Bible doctrine that tells us we are to celebrate Christ’s birth. It is His Death and Resurrection that paid our penalty for sin. The celebration of a birthday is actually antithetical to Scripture. There are only two birthday celebrations recorded in Scripture.

The Bible tells us in Genesis 40:22 that on one of Pharaoh’s birthdays he murdered his chief baker while a big celebration was going on. The other birthday celebration recorded was that of Herod, when he had John the Baptist murdered.

On the other hand, Ecclesiates 7:1 tells us: “A good name is better than precious ointment; and the day of death than the day of one’s birth.”

It is also clear that Jesus wasn’t born on December 25th. It gets COLD in the hills of Jerusalem in December. Sometimes, it snows. Even during a mild winter, December is the middle of the rainy season.

Shepherds corraled their flocks from October to April. They weren’t grazing in the fields, and the shepherds wouldn’t have been out there with them at night in December.

But Luke tells us “And there were in the same country shepherds abiding in the field, keeping watch over their flock by night…” (Luke 2:8)

Joseph and Mary were called to Bethlehem by order of Caesar to be taxed and for the census.

Travel in December would be difficult at best, and no thinking ruler who wanted to collect taxes would pick the worst time of the year to order mass travel of an entire population. Travel was hard enough already.

Jesus confirmed this, saying in Matthew 24:20, speaking to the Jews, “But pray ye that your flight be not in the winter, neither on the sabbath day…”

The choice of late December for the birth of our Lord predates Jesus by centuries. The celebration of the Babylonian sun-god, Tammuz, took place during the Winter Solstice (Dec 21 by our calendar).

Any reputable encyclopedia will verify these facts.

“Christmas- It was according to many authorities NOT celebrated in the first centuries of the Christian church as the Christian usage in general was to celebrate the death of a remarkable person rather than their birth. A feast was established in memory of the Saviour in the 4th century. In the 5th century the Western Church ordered it to be celebrated forever on the day of the old Roman feast of the birth of Sol. The holly, the mistletoe, the yule log, and the wassail bowl are of pre-Christian times. The Christmas tree has been traced back to the Romans. It went from Germany to Great Britain.” (Encyclopedia Americana)

After Constantine declared Christianity to be the state Church of Rome, there was considerable outcry from the pagan population who resented losing their feast days and traditions and myriad gods and goddesses.

Constantine didn’t get to be Caesar by alienating his base of support. He simply replaced the gods and goddesses with statues of saints and incorporated pagan holidays into Christian ones.

Easter, for example, corresponds with the feast of “Ishtar” the goddess of fertility — explaining all the rabbits and eggs (pagan symbols of fertility) associated with contemporary Easter celebrations.

Christmas replaced the celebration of the Feast of Tammuz. It kept the masses happy and the Empire intact.

To the world, Christmas is about Santa Claus, in whom our culture has invested all the attributes of Christ. “He sees you when you’re sleeping, he knows if you’re awake…” etc.

So, should Christians celebrate Christmas? WHY NOT? Do YOU believe in Santa Claus?

Or in Jesus Christ, the Lamb of God Who takes away the sins of the world? Do you REALLY believe God can’t tell the difference?

Why should we exclude ourselves from the merriment and the fun of family, Christmas presents and exclamations of ‘peace on earth, good will toward men’ because others don’t see things as we do?

We celebrate Labor Day with picnics and hot dogs. We celebrate the Fourth of July, according to our unique American customs and traditions.

We KNOW that Jesus is the reason for the season – for us. Should we choose this date to celebrate the unspeakable Gift God has given us, we can do so without worrying about it.

On the other hand, if we choose not to celebrate Christmas because it is commercialized beyond recognition and not in keeping with the Bible, we find ourselves in a quandry. We are taking a stand on empty air.

In the Agony in the Garden, Jesus prayed for us so fervently that His sweat mingled with blood. What was it that He prayed?

Jesus kept the cultural feast days of His era. Some of them were religious, some were not. He knew He was ‘in’ the world, but not ‘of’ it.

Paul wrote in Romans 14:5; “One man esteemeth one day above another: another esteemeth every day alike. Let every man be fully persuaded in his own mind.”

To some it is a day on the calendar. To others, it is a day of frustration and anger because others fail to associate Christmas with Christ — a frustration so intense that it makes Christmas, for them, the least happy of all days.

Somehow, that doesn’t quite connect with what Christmas is all about. It is merely a cultural reminder that there WAS a Day when the Lord of all Glory took on the body of a Man, lived the perfect life we are incapable of living, and paid the penalty on our behalf for that incapacity.

There is no sin in being happy. Even on Christmas. God knows who worships Him and who worships Santa Claus. He doesn’t base it on whether or not you have a Christmas tree (unless you start offering sacrifices to it).

This isn’t rocket science, but you needn’t take my word for it.

Enjoy Christmas in all its joy and good will, according to your family customs and traditions. Go ahead and put up a Christmas tree. Christians don’t worship a DAY — we worship the Author of Days.