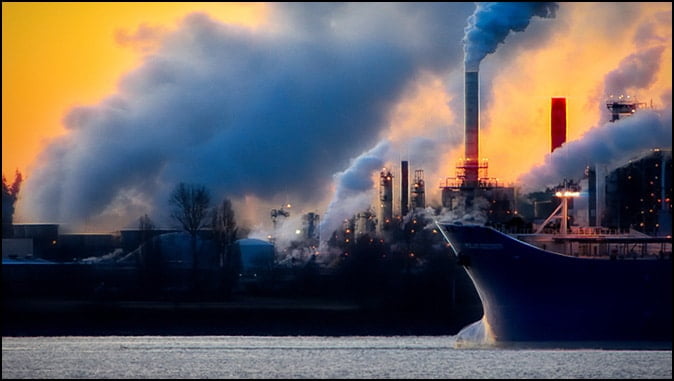 How Genesis Got it Right
By Jack Kinsella

Environmental scientists discovered that the Arctic once had a tropical climate not unlike that of Florida. That should come as no surprise to Bible-believers — but it was evidently quite a stunner for the scientific community.

According to the journal, “Nature” the most likely reason is because “scientists have greatly underestimated the power of heat-trapping gases to warm the Arctic.”

Moreover, they concluded, the cause was ‘greenhouse gases’ — the same culprit that environmentalists are now blaming for global warming — despite the fact that nobody can prove global warming is even taking place.

So, greenhouse gases turned the Arctic from a tropical paradise into a frozen wasteland — and if we don’t fix the problem, it will happen again.

(It is ten degrees out with a foot of snow on the ground. Tell me again why that is a bad thing?)

All they had to do was open the Book of Genesis, penned by Moses more than three thousand years ago.

Prior to the latest scientific breakthrough, Genesis 1:7-8 was the centerpiece of the skeptic’s argument that the Bible is a book of fables written by scientifically ignorant men in an effort to explain their existence.

The sky is blue, they say, so Moses thought that meant there was a big bubble around the earth and the blue sky was really the water outside it.

Then we come to the story of the Great Flood — another favorite among the scoffers. “Every civilization has a story of a great flood,” they say. “Moses just borrowed the story from the Epic of Gilgamesh or some other ancient fable.”

But the story of the Flood begins by noting the lifespan of our pre-Diluvian was measured in centuries, until God concluded,

“My spirit shall not always strive with man, for that he also is flesh: yet his days shall be an hundred and twenty years.” (Genesis 6:3)

What would be the scientific method for shortening a human lifespan from hundreds of years to mere decades?

Exposure to the sun.

In an enclosed eco-system in which the earth would be encased in a giant gas bubble, it wouldn’t rain. It didn’t rain in the Biosphere experiment a few years ago, either. But the closed system meant water from the air would condense at night, providing all the fresh water necessary each morning.

It also means there would be no climate zones — heat from the sun would dissipate across the water vapor barrier, like the heat coming through the glass of a ‘Florida room’ on a sunny day in January.

So, if the Bible’s account were accurate, science should confirm the following facts.

First, the sun’s ultraviolet rays are a major contributor to the aging process.

Secondly, science would have to conclude that the greenhouse effect would trap heat inside the earth’s atmosphere, which would mean that the temperature in Florida would be about the same as the temperature at the North Pole.

Third, science would have to conclude that this greenhouse effect would create a condition of global warming.

Removing that ‘canopy’ would ultimately trigger an Ice Age, particularly where the earth received the least amount of sunlight. Like, say, the North Pole?

If these conditions were met, then by all scientific standards, historical and archeological evidence could reach only one of two conclusions.

Either somebody told Moses all these scientific facts which he then incorporated into a work of fiction called the Book of Genesis.

Or the Book of Genesis is a scientifically accurate account that explains why the evidence shows the North Pole was once a tropical paradise.

Of course, science reaches neither conclusion. Instead, it concludes, according to the journal, “Nature,” that 55 million years ago, “conditions suddenly fostered the summertime growth of vast mats of an ancient cousin of the Azolla duckweed that now cloaks suburban ponds”.

The flow of water from precipitation and rivers created a great pool of fresh water, but about 800,000 years after the blossoming of duckweed began, it ended with a sudden warming of a few additional degrees.

Ok, the ‘duckweed’ doesn’t exist — but it must have, once. And when it all died, it made the earth warm. Then all the dinosaurs died, because it also made the earth really cold. Or maybe it was an asteroid hit 85 million years ago?

But wait! “The Duckweed Effect” didn’t take place until thirty million years later. But, when one is talking about theory that encompasses hundreds of millions of years, what’s a few million years one way or the other?

It reminds me of a quote made famous by Senator Everett Dirksen during the Vietnam era when arguing against increasing appropriations;

“A few billion here, a few billion there, and pretty soon you are talking about real money.”

On the other hand, we have the testimony from the Apostle Paul to the Romans, in which he observed;

“And even as they did not like to retain God in their knowledge, God gave them over to a reprobate mind…” (Romans 1:28)

Not to mention his warning to Timothy:

“O Timothy, keep that which is committed to thy trust, avoiding profane and vain babblings, and oppositions of science falsely so called.” (1st Timothy 6:20)

Ok, so the Arctic used to be tropical.

To the world, it is evidence that God is a myth, that the Bible is a book of myths, and to prove it, confirmation of the Flood MUST be the result of the Duckweed Effect.

And they call Christians gullible?

The Books of the Apocrypha

Metanoeo By Jack Kinsella The Bible was originally recorded in Hebrew, Aramaic and Greek —…

The Crown of Righteousness

The Crown of Righteousness By Jack Kinsella In many churches, those members who study Bible…

Understanding the Times of the Signs

Understanding the Times of the Signs By Jack Kinsella From time to time, it is…

Going North and South at the Same Time

Your IMMORTAL Soul? By Jack Kinsella I was informed by email that I am a…