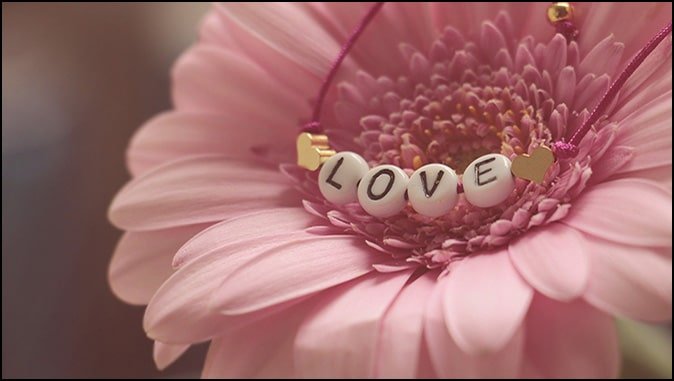 From Abba With Love
By Jack Kinsella

”But thou, O Daniel, shut up the words, and seal the book, even to the time of the end: many shall run to and fro, and knowledge shall be increased.” (Daniel 12:4) The vision and prophecy given to Daniel is to be fulfilled at the ‘time of the end’.

The angel says at that time that people will be traveling back and forth on the earth (‘to and fro’) at a time of exponentially increasing knowledge.

We live in a time when information is coming at us so fast that we even have a phrase to describe it — information overload.

Throughout history, new discoveries have come slowly – Noah, Paul and Columbus all sailed in ships. From Noah’s time to that of Columbus, the most notable technological improvement was the addition of sails.

The personal computer was introduced to the public twenty-seven years ago. It is the world’s youngest antique.

Today, if you go in to a computer store to buy a new computer, adding the four year extended warranty is a waste of money. A four-year-old computer isn’t worth as much as the price of the warranty.

Today’s brand-new computer probably won’t run a lot of four-year-old software anyway. According to Moore’s Law of Computing, computer processor capacity will double every eighteen months. So today’s 3 gigabyte CPU will be competing four years from now with a 30 gigabyte CPU or larger.

“Surely the Lord GOD will do nothing, but he revealeth his secret unto his servants the prophets…The lion hath roared, who will not fear? the Lord GOD hath spoken, who can but prophesy?”

God intended for us to know what He has planned to do before He does it. It is His Signature, sealing His Word for eternity.

Prophecy is given so that when it does happen we will know that God was in control all the time, so we can have confidence when all the rest of the world sees is chaos.

“Knowing this first, that there shall come in the last days scoffers, walking after their own lusts, And saying, Where is the promise of his coming? for since the fathers fell asleep, all things continue as they were from the beginning of the creation.” (2 Peter 3:3-4)

In this generation, calling down ‘fire from heaven’ is a more a technological miracle than a supernatural one. It is to this specific generation that the prophecies are addressed. Consequently, it is this generation whose attention is most closely focused on the books of Daniel and the Revelation. And not just by the professing church — that’s where most of the scoffers are.

Look at all the movies about the end times. They are not being produced by believers for believers, but by Hollywood for unbelievers. Hollywood believes in prophecy, it just doesn’t believe in God. The same can be said for many unbelievers.

Prophecy is the ONE miracle no human being can recreate with technology. Conseqently, prophecy is given to that one generation who needs it the most.

No one knows the exact day and hour, but we can know when His return is near. The unbelievers of Noah’s day were taken unawares, but Noah was not surprised. Noah knew one hundred and twenty years beforehand that the flood was coming.

Noah did not know the exact day of the flood; but when Noah finished building the ark, he knew the flood was near.

We also see the construction process for the last days’ ark coming to an end.

Prophecy is not given to remain a secret forever, but at the proper time God gives understanding to those who will take notice and believe.

You are an example of fulfilled prophecy for the last days. You are one of the ‘watchmen on the wall’ that Scripture anticipated and Bible scholars have awaited for centuries.

Sir Isaac Newton, in addition to being one of the world’s greatest scientific minds, was also a devout believer who was a careful student of Bible prophecy.

He wrote four hundred years ago, that, “About the time of the end, a body of men will be raised up, who will turn their attention to the prophecies, in the midst of much clamor and opposition.”

The Omega Letter exists because I don’t want to stand before the Bema Seat and explain to Jesus why I kept silent when I saw the sword coming. You subscribe to the Omega Letter for much the same reason.

The Bible says the last days’ Church will have watchmen appointed, and scoffers (both saved and unsaved) that will require warning.

Only a tiny fraction of the overall Church sees the sword coming. The rest continue to scoff. And they will, until the Rapture. But they will still be there to hear the trumpet when it sounds.

“For this we say unto you by the word of the Lord, that we which are alive and remain unto the coming of the Lord shall not prevent them which are asleep.”

That is why we come together in the forums. To counsel and encourage each other as we struggle with the weight of that burden. And find ways to make it lighter by sharing the load. And to get a deeper understanding so we are prepared ‘to give reason of the hope that is in us.’

It is important to understand that end time prophecies are written from the perspective of Israel and Jerusalem, but given to the Church as an early warning system.

The Tribulation is the Time of Jacob’s Trouble and has no relationship with the Church. But we can see from this side of the Rapture, the Tribulation looming on the other side.

One can tell a storm is coming by watching the gathering clouds. You needn’t wait for the rain, if you can read the signs.

The blossoming of the fig tree has to do with the Jews, and the generation of the end that Jesus mentioned is a generation of Jews. He was speaking to Jews. The Church wasn’t born until Pentecost. There were no Christians before the Crucifixion and Resurrection. Even Peter denied the Lord before the Church Age.

So, the countdown began with the restoration of Israel on May 14, 1948.

Jesus said that, “this generation will not pass away until all these things take place”. This can only mean that some of the people of that generation will still be alive when Jesus returns at the end of the tribulation.

We know the length of a generation from Scripture. Somewhere between the extremes of 20 and 120 years.

Psalms 90:10 gave the median age of a generation,

“The days of our years are threescore years and ten; and if by reason of strength they be fourscore years, yet is their strength labour and sorrow; for it is soon cut off, and we fly away.”

Genesis 5 limits a lifespan to 120 years, which is about the age of the oldest human being recorded by Guinness.

But the normal ‘strong’ man can expect to live only 80 years, according to the word of God. That also corresponds to latest life expectancy figures for anyone born in this generation.

Taken together, the Scriptures suggest that every Jew who was twenty years old and older and was in the land of Israel on May 14, 1948, is part of the end time generation. And some of them will still be living when the Lord returns at the end of the Tribulation Period as King of Kings and Lord of Lords.

The generation begins with adulthood, at age twenty. The youngest of the adult males who was twenty years old on May 14, 1948 will be eighty years old in the spring of 2009; therefore, the strongest members of the end time generation may not live beyond the year 2009.

But, since Jesus said no man could count the day or the hour, it is possible that members of the end-time generation could live forty years past that. The Lord said only that we would know the general time.

“He came unto His own, and His own received him not. But as many as received Him, to them gave He power to become the sons of God, even to them that believe on His name: Which were born, not of blood, nor of the will of the flesh, nor of the will of man, but of God.” (John 1:11-13)

Jesus came to the Jews at His first Advent, and they rejected him, opening the door to the Gentiles for salvation. Consequently, Gentiles receive the Spirit of Adoption, whereby we cry, “Abba” (Romans 8:15)

That is a very important word picture for us to understand. Under Jewish law, a natural parent can disown a child. But an adopted child cannot be disowned or disinherited, since the adoptive parent made a deliberate choice.

And the term, “Abba” is a term of endearment roughly equivalent to “Daddy”. ‘Abba’ is what Israeli children call their Dads to this day.

All those who believe in Him are born again, they are made a new creation, they are no longer a child of Adam but they are now a adopted child of God. A child who cannot be ‘unadopted’ since, in God’s economy, He has chosen us, rather than the other way around.

“According as He hath chosen us in Him before the foundation of the world, that we should be holy and without blame before Him in love:” (Ephesians 1:4)

“But ye are a chosen generation, a royal priesthood, an holy nation, a peculiar people; that ye should shew forth the praises of Him who hath called you out of darkness into his marvellous light.” (1 Peter 2:9)

Our salvation is a gift of grace, not of works, lest any man should boast. It is faith that saves us, and that faith is itself a gift of God. The Scriptures promise that when Jesus Christ returns at the Rapture, He will take us to be with Himself and we will be with Him forever.

The construction project is almost completed. A couple more coats of paint…and soon the Master Builder will Personally welcome us Home!

How cool is that?

Beginnings of Sorrows By Jack Kinsella I’ve always been a keen student of history, as…

A History Rhyme About The Second Coming

Heresy Hunters And Why I Ain’t One

Heresy Hunters And Why I Ain’t One By Jack Kinsella From time to time, somebody…