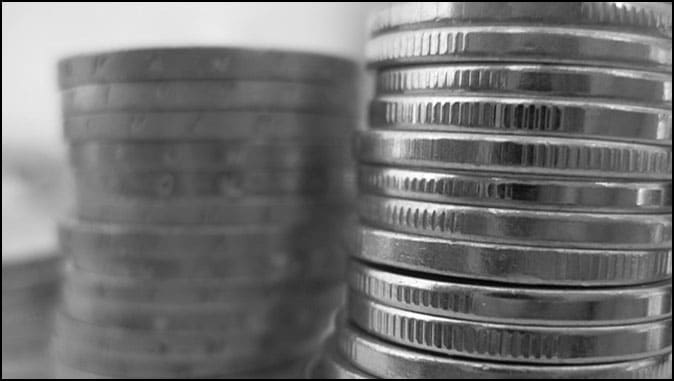 For Thirty Pieces of Silver
By Jack Kinsella

The prophet Zechariah lived in the 6th century BC and was among those Babylonian exiles who returned to Judea after the seventy years of captivity prophesied by Jeremiah was completed around 536 BC.

The book bearing his name divides itself into two major portions. Chapters 1-8 deal principally with events contemporary with the prophet, while chapters 9-14 sweep across the centuries, reaching all the way to the second coming of Christ at the end of history.

It is the prophet Zechariah who prophesied that in the last days, the world would be focused on Jerusalem and would be united against Israel’s possession of the Holy City.

The prophet Zechariah also predicted that any nation who ‘burdened themselves’ with Jerusalem would be ‘cut in pieces.’ Portions of Zechariah’s prophecies for the last days are already in the process of being fulfilled in our day.

At the present time, Israel’s only ally is the United States. The United States is committed to Israeli sovereignty over Jerusalem, despite the policies of any sitting administration.

The Jerusalem Act, passed by Congress in 1995, has several key provisions that enshrine that commitment as a matter of law, rather than of foreign policy.

It notes that every country designates its own capital, and that Israel has so designated Jerusalem, the spiritual center of Judaism.

It states that since the reunification of Jerusalem in 1967, religious freedom has been guaranteed to all. And it recalls several previous Congressional resolutions calling for the city to remain united.

The Act then states what henceforth will be not Congressional preferences but the official policy of the United States toward Jerusalem: that it should remain a united city in which the rights of every ethnic and religious group are protected; that it should be recognized as the capital of the State of Israel; and that the U.S. Embassy should be established there no later than May 31, 1999.

The Act gives the President the authority to suspend relocation of the US Embassy to Jerusalem, but only for a period of six months at a time. To suspend the provisions of the Jerusalem Act, the President must report to Congress that implementing it at this time would not be in the best interests of national security.

The administration has to do more than just invoke national security, the Act requires him to give details explaining how suspending the Act for another six months is in America’s best interests. The Act had near unanimous support by both Houses and was overwhelming passed by the Senate (93-5) and by the House (374-37).

The United Nations issued a 1997 report entitled ‘The Status of Jerusalem’ that declares it an ‘international city’ that should remain divided along the armistice lines of the Israel-Jordan Armistice Agreement of April 3, 1949.

As a consequence, as Zechariah predicted, the whole world opposes Israel’s possession of Jerusalem, except for the United States.

(While the US hasn’t exactly been ‘cut in pieces’ to this point, the war is ongoing and the nation’s biggest fear is terrorists getting their hands on a nuclear weapon.)

The prophet Zechariah also said that God Himself will stand with Israel, promising that, “he that is feeble among them at that day shall be as David’ (Zechariah 12:8) and that, “And I will pour upon the house of David, and upon the inhabitants of Jerusalem, the spirit of grace and of supplications: and they shall look upon Me WHOM THEY HAVE PIERCED, and they shall mourn for Him, as one mourneth for his only son, and shall be in bitterness for Him, as one that is in bitterness for his firstborn.” (12:10)

That is pretty amazing stuff, when you think about it. Here is a Jewish prophet, living five centuries before the First Christmas, discussing the second coming of the Messiah Whom the prophet acknowledges was ‘pierced’ by His Own people.

But for the most part, Zechariah’s prophecies for the last days remain unfulfilled. But they will be. Zechariah’s track record for specificity is unrivaled. Consider the following prophecy concerning the Lord at His First Advent;

Zechariah, speaking on behalf of the promised Messiah, makes the following points.

Zechariah speaks of haggling over His price; “If ye think good, give Me My price; and if not, forbear.”

Matthew records Judas haggling over the price for betraying Jesus, saying, “What will ye give me, and I will deliver him unto you? And they covenanted with him for thirty pieces of silver.” The term covenanted (suntithemi) means to work out a mutually agreeable contract — a negotiated settlement.

Zechariah specified the metallic composition of the coinage by which the transaction would be made. It was neither gold nor copper, but rather, “silver” and Zechariah predicted the precise number of coins to be paid.

Zechariah’s prophecy indicated that the money would be returned to the Jewish leaders, the custodians of the house of God.

Matthew’s record reveals that Judas, in a swoon of regret, brought back the coinage to the chief priests and elders. But they would have none of it. Instead, they used the money to buy a ‘potter’s field’ to serve as a burial place for strangers.

And, prophet indicated that in some way the silver coins were to be cast (thrown) into the house of Jehovah. Zechariah has perfectly depicted the act of the betrayer. Judas cast down the pieces of silver into the sanctuary (Matthew 27:5)

The detail, as already noted, is breathtaking, when one sits down to think about it. Now, here is where the dots connect:

In our day, so much of Bible prophecy seems to be on the cusp of its ultimate fulfillment that we tend to get a bit complacent about it.

Even among serious Christians with a love for His appearing, there is sometimes a sense of ‘so what’ that replaces our earlier ‘gee whiz’ attitude to the signs of our times.

Think of a cross country trip in which you are navigating by using a road atlas. You left New York, headed for Los Angeles, and have just crossed the California state line. Only a few hundred miles to go!

Do you then conclude the road map that got you this far is suddenly unreliable?

The Bible is our ‘road map’ for the last days. We started our trip on May 15, 1948 when the fig tree blossomed in Israel, and now, according to that same road map, we are almost home.

Is it possible that the last part of the ‘atlas’ is wrong? Maybe its further away than we think?

The Apostle Peter made a similar point, writing;

“Knowing this first, that there shall come IN THE LAST DAYS scoffers, walking after their own lusts, And saying, Where is the promise of His coming? for since the fathers fell asleep, all things continue as they were from the beginning of the creation.” (2nd Peter 3:4-5)

“For this they willingly are ignorant of, that by the word of God the heavens were of old, and the earth standing out of the water and in the water: Whereby the world that then was, being overflowed with water, perished: But the heavens and the earth, which are now, BY THE SAME WORD are kept in store, reserved unto fire against the day of judgment and perdition of ungodly men.” (3:5-7)

The fact is, He IS coming back, and He IS coming back soon. This isn’t a case of wishful thinking, or a hopeful interpretation of the signs of the times. We are living in the final hours of human history, and we have been given an awesome responsibility.

And for all any of us know, we may be the only hope they have of learning the truth. Before it is too late.

Don’t let yourself get complacent. The Bible is true and the Lord IS coming back — in this generation.

Many Shall Come In My Name

A State of Terror

On the Testimony of Three Witnesses