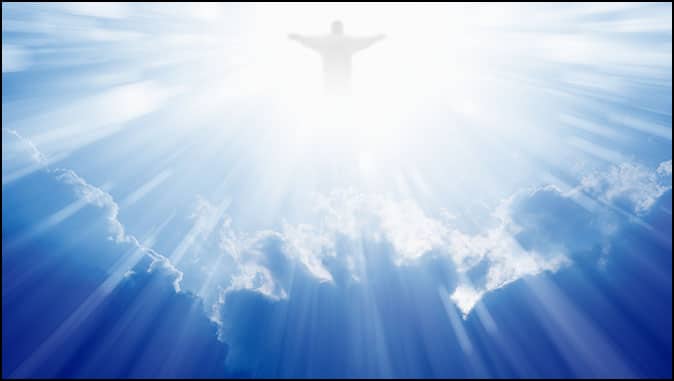 Examining the Evidence For the Pre-Trib Rapture
By Jack Kinsella

In yesterday’s Omega Letter, we discussed the Rapture of the Church and why nobody should be discouraged that it hasn’t happened yet.

We discussed the fact that God is long-suffering towards us, not willing that any should perish, but that all should come to repentance and suggested that what appears to us to be a delay is really God providing one last chance for the lost before the Lord Jesus comes for His church.

As usual, it prompted a firestorm of emails from people demanding (again) that I prove to them that there is such a thing as a pre-Trib Rapture, using all the usual ‘bait’ — I am preaching falsehood that will somehow harm the Church and that the Bible doesn’t teach a ‘great escape’ etc., etc.

It is fascinating to me how those who hold to a different view of the Rapture are so hateful toward those who anticipate the Rapture first and the Tribulation to follow. It is as if they have a holy mission to chance my view to match theirs.

We aren’t saved by the timing of the Rapture, or even by the doctrine of the Rapture. We are saved by trusting in the completed Work of the Cross through the shed Blood of Jesus Christ, shed on our behalf as an atonement for sin. Period.

Additionally, many of my critics say that in teaching a pre-Trib Rapture, I am condemning Christians to lose their faith during the Tribulation.

The reasoning goes like this: Since I teach a pre-Trib Rapture, if it doesn’t happen, the faith of those Christians who shared my view will be so shattered that they will turn away from Christ, accept the Mark of the Beast and be lost forever.

The obvious flaws in that line of reasoning are immediate and obvious. First, saving faith is in Christ, not the Rapture. Secondly, the Scripture promises the Holy Spirit will indwell me until Jesus returns, so it is impossible for me to be both truly indwelt and to turn away, accept the Mark, or be lost forever.

Finally, a pre-Tribulation Rapture is the only explanation that meets all the difficulties presented by Scripture in regard to any other view.

The word ‘Rapture’ is derived from the Greek word, ‘harpazo’ which means to ‘seize, carry off by force’, or to ‘snatch out or away’. The Greek ‘harpazo’ translates into Latin as ‘rapios’ and it is from the Latin that we get our word ‘rapture’.

1st Corinthians 15:51-58 describes a translation of New Testament saints that involves an instantaneous change from mortality to immortality. Those believers living at that hour will never see death (1Corinthians 15:51)

1st Thessalonians 4:17 describes the same event, saying that the dead in Christ ‘rise first’ and then we who are alive and remain will be ‘caught up’ (harpazo, rapios) to be with Him in the clouds.

The Rapture is definitely a Biblical doctrine, unless we want to discard or allegorize away what is clearly a literal teaching. But does it take place before the Tribulation, during the Tribulation, or at its end?

1 Thessalonians 1:9-10, 5:1-9, Romans 5:9 and Revelation 3:10 all promise that Church Age believers will be ‘saved from the wrath to come’. The Tribulation Period is expressly called the Day of God’s Wrath.

Today, the Lord is withholding judgment. He sits on the Throne of Grace, but the day approaches when He will sit at the Seat of Judgment. Then, the ‘day of His wrath’ will fall upon all the world. (Psalms 110:5, Revelation 6:17, Isaiah 13:6-13)

There are those who believe Scripture promises that the Church won’t be saved OUT of the Great Tribulation, but instead think that the Church will be saved THROUGH it. That view collides with Revelation 13:7, which clearly teaches that those on earth during the Tribulation won’t be delivered from wrath, but rather, will be overcome by it.

“And it was given unto him to make war with the saints, and to overcome them: and power was given him over all kindreds, and tongues, and nations.”

It also fractures Daniel 7:21’s prophecy that says of the antichrist (the little horn); ‘I beheld, and the same horn made war with the saints, and prevailed against them.”

If the antichrist prevails against the Tribulation saints, and overcomes them, as Scripture clearly says, then it cannot simultaneously be that those same saints are delivered ‘through’ the Tribulation.

The Scripture says the restraining ministry of the Holy Spirit will be removed BEFORE the Tribulation.

The Bible says the Holy Spirit is the restrainer of sin; (Genesis 6:3, Isaiah 59:19). The Holy Spirit came into the world in His present special dispensation at Pentecost (Acts 2), specifically to empower the Church for the Great Commission.

2nd Thessalonians 2:1-8 makes it clear that His restraining influence is FIRST ‘taken out of the way’ and THEN ‘that Wicked’ is revealed. If the Holy Spirit will not leave or forsake me until Jesus comes, then He cannot be taken out of the world without taking me with Him. To argue otherwise is to amend Jesus’ Promise to mean, “the Comforter will never leave or forsake you, (except when you need Him the most.”)

The Church plays no role in the Tribulation Period, which is the time of Jacob’s trouble, the 70th Week of Daniel. It is expressly reserved for two purposes; judgment against a Christ-rejecting world, and to bring about the national redemption of Israel described in Zechariah Chapter 12.

In the Book of the Revelation, chapter 4:1 begins with John hearing the phrase, ‘Come up hither!’. From that moment forward, there is no mention of the Church on earth, although the first three chapters discussed nothing else. The Church is not mentioned again until Chapter nineteen when the Church returns along with the Lord.

But when Jesus comes at the end of the Tribulation, He comes to set up a Messianic kingdom on earth. If the Tribulation were for Church Age believers, that promise would not be fulfilled.

Then there is the doctrine of imminency. The Bible says the Second Coming at the end of the Tribulation will be preceded by specific signs — see Matthew 24, for example.

The Apostle Paul said that we need not worry about the signs of the times, because the Church is promised redemption from the ‘day of darkness’ that is to overcome the whole world. (2nd Thessalonians 5:1-5) Pre-Tribulational Christians are awaiting Christ, not the antichrist.

It is clear that the pre-Tribulation Rapture is the only explanation that satisfies the requirements of Scripture.