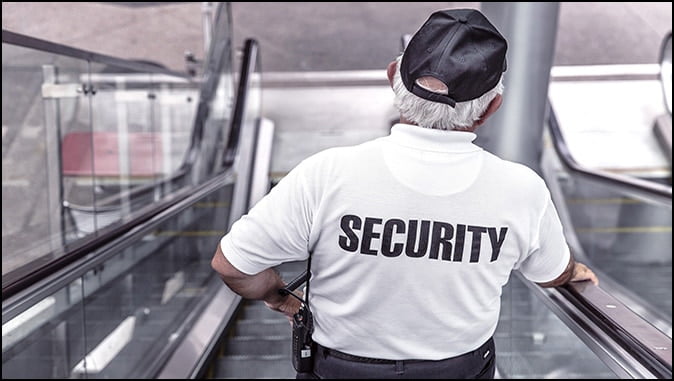 Another fascinating development in the never-ending effort to disguise the global war on terror as a secular, rather than religious war was in the news this morning.

According to Cybercast News,

“Christian military officers who share their faith at work in the Pentagon pose a threat to national security.”

You are probably wondering how. By the time I finished the first paragraph, I was wondering, too. I didn’t have to wait long — the second paragraph explained:

“Public displays of faith by high-ranking military officers project an image of a Christian nation waging war on non-Christians, both inside and outside the United States.”

Odd. The terrorists think this is a religious war. Osama bin Laden declared war on the Christian ‘Crusaders’ and the Jews. Not all Americans are Christians, but all of our enemies are Islamic — and they cite Islam as the reason for war.

“The jihadists, the insurrectionists, everybody from the head of Hamas, Hizballah, the Islamic Jihad, the al-Aqsa Martyrs Brigade, they see us as invading American imperialists and crusaders.”

One wonders that has to do with having Christians among the military. Or ‘religious freedom’, for that matter.

Does Weinstein really believe that al-Qaeda’s beef is with Christians for being Christians? al-Qaeda’s problem is with non-Muslims. They would just as cheerfully decapitate a Hindu, a Jew or an atheist.

In addition to creating a national security threat, Weinstein said, evangelistic efforts by Christian officers directed toward their colleagues or subordinates amounted to “coercion” and “fanatical unconstitutional religious persecution.”

One would think that a military being subjected to ‘coercive’ and ‘fanatical unconstitutional religious persecution’ would suffer widespread morale problems. But the only guy complaining is Mikey Weinstein.

Professions of faith by military officers violate the Establishment Clause of the First Amendment, which prohibits Congress from making laws “respecting the establishment of religion,” he argued.

This argument is beyond specious. The 1st Amendment reads,

“Congress shall make no law establishing religion, OR PROHIBIT THE FREE EXERCISE THEREOF.”

Congress didn’t establish Christianity in the military. Since Weinstein’s goal is to prohibit Christian officers from the free exercise of their own religion, if anybody is on the wrong side of the Constitution, its Weinstein and his group.

It never ceases to amaze me that the 1st Amendment can be interpreted as prohibitive of Christianity. For example, Weinstein didn’t complain about the military’s Jewish chaplain corps, or the military’s corps of Islamic chaplain.

But the 1st Amendment argument has been used almost exclusively against Christianity. I know of not a single case in which another religion has drifted into the gunsights of 1st Amendment separationists.

US courts have ruled that mandatory immersion in Islamic courses of study do not violate the ‘separation’ clause. The California lawsuits that brought the case to court weren’t arguing to prohibit Islamic studies. Instead, they questioned why similar courses in Christianity were illegal when Islamic courses were not.

I know of very few instances of ‘Christian’ inspired terrorism — and those few I do know of were directed against abortion clinics aimed at closing down abortion mills. On the other hand, Islamic terror is directed against the United States aimed at bringing down the government.

But it is Christianity being cited as a threat to national security. Does this make any sense?

What is there about Christianity that inspires such white-hot hatred? Mohammed is dead. So is Buddha. But Jesus Christ is alive.

“Neither is there salvation in any other: for there is none other Name under heaven given among men, whereby we must be saved.” (Acts 4:12)

The Christ-haters don’t believe that, but Satan does. And since he is the spiritual force behind world religion, (“the god of this world”) he has no problem with world religions. He invented them. His problem is with the one religion that doesn’t lead directly to him.

Logically, the mere fact that Christianity is the only religion under constant attack from the secularists should serve to set it apart as worthy of further examination. If Christianity is a myth, then why work so hard to bring it down? And why ONLY Christianity?

Because, as Paul explained,

“the god of this world hath blinded the minds of them which believe not, lest the light of the glorious gospel of Christ, who is the image of God, should shine unto them.” (2nd Corinthians 4:4)

Logically speaking, if there were no more truth to Christianity than there is to Islam, then mandatory Christian studies in public schools would be no more unconstitutional than is California’s court-approved mandatory Islamic immersion curriculum.

And Christians in the military would be no greater threat to national security than the US Islamic Chaplain Corps.

But Satan knows the difference. That’s why he hates it so much.

Note: Today’s brief could have been written today. Its original publication was December 12, 2006.

Why So Many Denominations?

Why So Many Denominations? By Jack Kinsella One of the most paradoxical elements within modern…

I Thought I Saw It Coming

I Thought I Saw It Coming By Jack Kinsella It is incredible, yet true. We…

Devout Faithlessness By Jack Kinsella The new Billy Graham of unbelief is Richard Dawkins, an…

The Abomination of Desolation

A Workman is Only As Good As His Tools