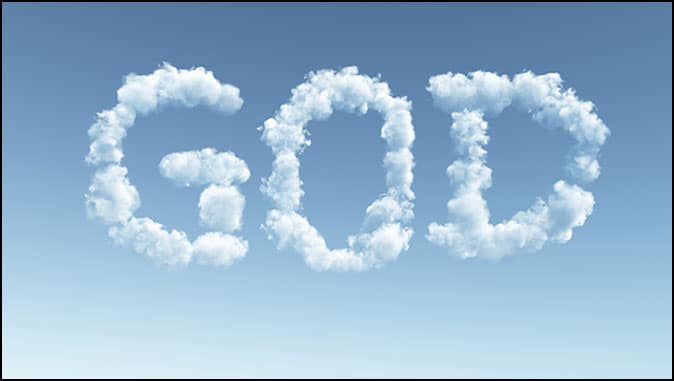 Answering the Skeptic: Does God Exist?
By Jack Kinsella

One of the first challenges out of the mouth of the skeptic when confronted with the Gospel is often a demand for proof that God exists in the first place. “You prove God exists, and then we can talk about becoming a Christian”, or something along those lines.

Where does one begin? How about a choice? We can look at the evidence for God’s existence and believe that He is there, or we can set aside the evidence and decide that there is no God.

But in the final analysis, there are only two options:

Option One: God DOES Exist

Romans 1:19-20 puts into words what Christians instinctively know in their spirit:

“Because that which may be known of God is manifest in them; for God hath shewed it unto them. For the invisible things of him from the creation of the world are clearly seen, being understood by the things that are made, even his eternal power and Godhead; so that they are without excuse:”

The more science learns about our universe, the more scientists are reluctantly forced to acknowledge the existence of Intelligent Design. That the universe demands a Designer as obvious as a wristwatch requiring a maker or a dictionary requiring an editor.

Then there is the existence of human conscience. It exists as an inner voice that allows the person to follow his best judgment and highest instincts. It is unique to humanity, and it is that conscience that demands to know about God.

(After all, if the atheist or skeptic didn’t desire to know about God, the challenge would never have been offered in the first place.)

The Old and New Testament Scriptures speak in behalf of God in a manner that is consistent with the evidence of God in both creation and conscience.

The very existence of Christianity after two thousand years, built entirely upon the life and death of a 1st century Jew named Jesus, is evidence of the existence of God. So the the miraculous preservation of the Jewish people and their restoration to their homeland 2000 years after they were dispersed.

Option Two: God Does NOT Exist

The Bible says, “The fool hath said in his heart, There is no God. They are corrupt, they have done abominable works, there is none that doeth good.” (Psalms 14:1)

Quoting that Scripture to a skeptic might be accurate, but if you can’t back it up with facts, you might as well keep it to yourself. Nobody likes to be called a ‘fool’, especially by a God they don’t believe exists.

But the skeptic’s arguments AGAINST God, when examined closely, make a stronger case for Psalms 14:1 than they do for the non-existence of a Creator God. Compare what God says about the one who says, “There is no God” to the arguments they offer to ‘prove’ it.

1.) Our world, with all its resources, complexities, and orderliness came about with no personal impetus, cause, or source. Everything just happened.

2.) The laws that govern our universe have developed without guidance or direction.

3.) Great and almost magical leaps were taken along the evolutionary way, allowing nonplants to cross the chasm to become plants, and nonanimals to become animals. Without guidance, these beings developed brains where nonbrains had been and sensory organs where nothing like them had been.

4.) Randomness accounts for the delicate, unique composition of our planet that makes possible our existence on this oasis of life in the desert of a hostile universe.

5.) Man is without a spirit. His existence ends at death, just as it does for dogs and cats.

6.) Any morality that man possesses is contrived and societal in origin. Therefore, no one can be expected to make value judgments for others, and the human conscience is instilled by social structure. (Refer back to #5, above)

7.) The Bible–a Book that was written by 40 diverse men who lived over a span of 1,500 years, kept separate records, recorded events independently, and told a remarkably singular story–is an incredible coincidence.

8.) There is no master plan for mankind. Our existence is an accident, our work on earth is fruitless, and our relationships with one another are ultimately meaningless. Like a pack of wild animals, we have no other purpose on earth but survival.

9) Christ was not telling the truth when He said He was the Son of God who came from heaven to rescue us from eternal death and bring us to God.

10) Neither were the Twelve Apostles, all of whom suffered loss of family, friends, community, and ultimately death, for the witness of Jesus.

But when they died for the ‘witness of Jesus’, they were actually EYEWITNESSES to Jesus, His Life and His Death. They either saw what they saw, or they ruined their lives and ultimately suffered torturous deaths for what they KNEW was a fraud.

“The fool hath said in his heart, There is no God. Corrupt are they, and have done abominable iniquity: there is none that doeth good.” (Psalms 53:1)

Calling an atheist or skeptic a ‘fool’ isn’t an insult. It’s an undeniable statement of fact.

And You Call Yourself a Christian?

And You Call Yourself a Christian? By Jack Kinsella According to the Bible, when God…

E.T. Phone Rome? By Jack Kinsella The Vatican hosted experts in the fields of physics,…

China’s Plan to be King of the East

When Love is Hate

Miles To Go Before I Sleep