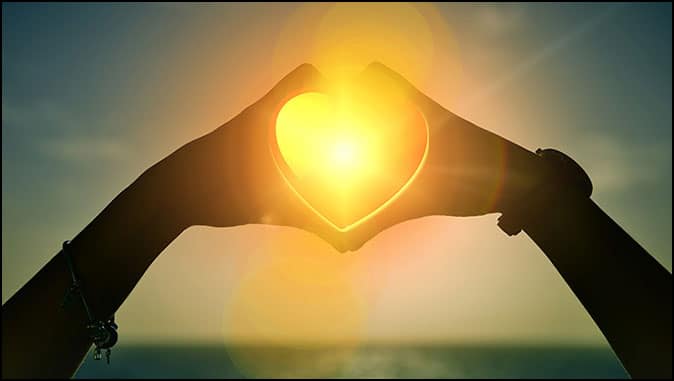 A Man after God’s Own Heart
By Jack Kinsella

In Paul’s sermon at Antioch, in which he briefly recounts the history of Israel, he refers to the statement made by God concerning David:

It is especially interesting, given the fact that David is among the patriarchs with the most checkered past.

The portrait of King David painted by Scripture is hardly the picture of what one might consider ‘a man after God’s own heart’.

At various times during his lifetime, he was deceitful and corrupt, a widely despised tyrant who lacked for justice, and a murderer. From the slaughter of seven sons of Saul to the murder of one of his most loyal lieutenants, whose wife he seduced, David was no paragon of virtue.

What was there about David that caused God to extend such a sweeping compliment as to pronounce him a man after His own Heart? David understood his relationship with God like few others in Biblical history.

After committing adultery with Bathsheba and then having her husband, Uriah killed, the prophet Nathan stood before King David and accused him before God.

“And the LORD sent Nathan unto David. And he came unto him, and said unto him, There were two men in one city; the one rich, and the other poor.

The rich man had exceeding many flocks and herds: But the poor man had nothing, save one little ewe lamb, which he had bought and nourished up: and it grew up together with him, and with his children; it did eat of his own meat, and drank of his own cup, and lay in his bosom, and was unto him as a daughter.

And David’s anger was greatly kindled against the man; and he said to Nathan, As the LORD liveth, the man that hath done this thing shall surely die: And he shall restore the lamb fourfold, because he did this thing, and because he had no pity.

Note that Samuel carefully records that “the Lord sent Nathan unto David” to convict him of his sin. In his prayer of contrition in Psalm 51, David reveals much of what it was that caused God to pronounce him a ‘man after His own heart.’

“Have mercy upon me, O God, according to Thy lovingkindness: according unto the multitude of Thy tender mercies blot out my transgressions.” (Psalms 51:1)

“Wash me throughly from mine iniquity, and cleanse me from my sin. For I acknowledge my transgressions: and my sin is ever before me.” (v.2.3)

David understood also that his sin was against God, that it was deliberate, and that the reason his sin haunted him was because of its offense before God. David understood that, since it was a sin against God, only an act of God could blot it out. Nothing David could do to make restitution would ever be sufficient.

“Against Thee, Thee only, have I sinned, and done this evil in Thy sight: that Thou mightest be justified when Thou speakest, and be clear when Thou judgest.” (v.4)

David understood that there was no ‘wiggle room’ before the Lord and that God’s justice is as absolute as His mercy.

But David was also a realist;

“Behold, I was shapen in iniquity; and in sin did my mother conceive me.”

David understood the dual nature of fallen humanity, that which caused the Apostle Paul to cry out,

“O wretched man that I am! who shall deliver me from the body of this death?” (Romans 7:24)

Having expressed his frustration with his own struggle with his dual nature, Paul summarized that which David understood, saying,

“Behold, thou desirest truth in the inward parts: and in the hidden part thou shalt make me to know wisdom.” (Psalm 51:6)

God’s truth is that nothing we can do by our own effort will ever make restitution for our past sins. Each of us shares the same conflict between the carnal nature and the spirit.

Paul’s equation of the sin nature to ‘the body of this death’ refers to a particularly brutal form of execution sometimes practice under the Romans. The condemned would be chained to a corpse, and food and water withheld until the condemned either died or resorted to cannibalism.

That is how Paul viewed the cohabitation of the spirit with the sin nature of the flesh.

David trusted God to lead him, even when he was out of fellowship, having faith that ‘in the hidden part’ — in his spirit, God would ‘make him to know wisdom’.

David’s understanding of the grace of God as expressed in his prayer in large part, fits with God’s description of him as being a man after His own Heart.

It was this understanding of unmerited grace that formed the centerpiece of the ministry of Jesus. One of the Lord’s earthly titles is the “Son of David.”

David expresses his understanding of how the process of forgiveness operates in God’s economy.

“Purge me with hyssop, and I shall be clean: wash me, and I shall be whiter than snow. Make me to hear joy and gladness; that the bones which thou hast broken may rejoice. Hide thy face from my sins, and blot out all mine iniquities. Create in me a clean heart, O God; and renew a right spirit within me.” (v. 7-10)

Note the role David plays in his redemption. Admit, confess, repent and trust. To ‘repent’ means to change one’s mind about sin. David saw himself as King of Israel, and therefore, whatever he did was above reproach.

David sat on his throne, and passed judgment on the wicked rich man of whom Nathan spoke. Until he realized Nathan was speaking about HIM, at which point he changed his mind about his sin and laid himself bare before the Lord.

All the rest of the redemptive process David placed in the Hands of God. ‘Purge me, wash me, forgive me, bless me and renew me.’

Even his sense of conviction came through a direct message from God through Nathan, just as we are directly convicted by God through His indwelling Holy Spirit.

David’s only role in his redemption was to trust in God to make the changes that David knew he could not effect himself.

“While the child was yet alive, I fasted and wept: for I said, Who can tell whether GOD will be gracious to me, that the child may live?

“Restore unto me the joy of Thy salvation; and uphold me with Thy free spirit.” It is the joy of knowing one is saved and in fellowship with the Lord that shines through and attracts the lost.

Having been spiritually restored, notes David;

“THEN will I teach transgressors Thy ways; and sinners shall be converted unto Thee.”(v. 11-12)

Often, I read in the forums of members lamenting their ineffectiveness for Christ and wondering what it is they are doing wrong. Spend a few minutes meditating on these two verses with me.

GOD restores our joy, GOD then subsequently upholds us with His Spirit. THEN we find ourselves effective witnesses, teaching people His ways, and leading the lost to Christ.

It is deceptively simple. Trust God. Be joyful. Allow Him to lead you and not the other way around.

David makes it clear that the redemptive process is in God’s Hands, understanding grace so well that he could see past the Temple rituals of the Mosaic Law and peer into God’s Heart, saying,

“For thou desirest not sacrifice; else would I give it: thou delightest not in burnt offering. The sacrifices of God are a broken spirit: a broken and a contrite heart, O God, thou wilt not despise.” (v. 51:16-17)

One of the most debilitating emotions to one’s Christian witness is the weight of the guilt we heap on ourselves for being what we KNOW we are in our own ‘inward parts’.

David understood, in his spirit, that God’s forgiveness is total and absolute, and leaves no spiritual residue of guilt. At the Cross, the Son of David cried out in a loud voice, ‘Tetelestai!’ which means, ‘paid in full’.

“Come unto Me, all ye that labour and are heavy laden, and I will give you rest. Take My yoke upon you, and learn of Me; for I am meek and lowly in heart: and ye shall find rest unto your souls. For My yoke is easy, and My burden is light.” (Matthew 11:28-30)