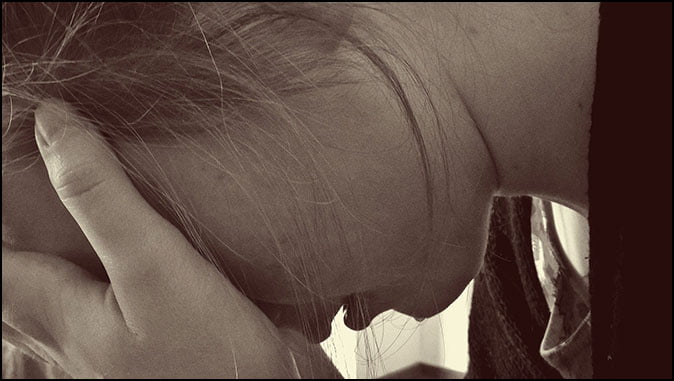 Why are Palestinians Committing Suicide?
By Khaled Abu Toameh

The Palestinian terror group Hamas is making a serious effort to prevent journalists from reporting about a surge in suicide rates in the Gaza Strip. Hamas does not want the world to know that young men and women living under its rule in the Gaza Strip, have, as a result of economic hardship and oppression, been taking their own lives.

In the past week alone, four Palestinians from the Gaza Strip reportedly committed suicide in separate incidents — by gunfire, pills, self-immolation, and jumping from a tall building. The suicides have embarrassed Hamas, whose leaders decided to take strict measures to stop the news from leaking to the media.

Thirteen years after its violent takeover of the Gaza Strip, Hamas is still seeking to present a rosy picture of the situation there. Hamas wants to show the world that life for many Palestinians under its Islamic rule and repressive measures is wonderful.

The reality, however, is a bit different. Under Hamas control, the Gaza Strip has suffered from rising unemployment, elevated poverty rates, and a sharp contraction of the private sector.

Since 2017, the Palestinian Authority government in the West Bank has reduced payments for electricity supplied by Israel to the Gaza Strip and cut salaries for its employees, exacerbating the local economic crisis. Since 2014, Egypt’s crackdown on the Gaza Strip’s extensive tunnel smuggling network has exacerbated fuel, construction material, and consumer goods shortages.

Last year, Palestinian activists took to the streets of the Gaza Strip to protest economic hardship and demand that Hamas provide solutions for soaring unemployment and poverty rates. The protests, held under the banner “We want to live!,” were brutally suppressed by Hamas’s security forces and militiamen. Hundreds of activists were detained by Hamas, which saw the economic protests as part of a “conspiracy” to “create instability and anarchy” and undermine its dictatorial regime in the Gaza Strip.

One of the organizers of the protests was Sleman Alajoury, a 24-year-old activist and unemployed university graduate from the northern Gaza Strip. Alajoury was detained several times by Hamas for his role in the widespread protests, described as the worst since Hamas seized control of the Gaza Strip after toppling the government of PA President Mahmoud Abbas in 2007.

On July 4, one year after the protests were crushed by Hamas, Alajoury’s body was discovered inside his home in the Sheikh Zayed suburb in the northern Gaza Strip. His friends and family members said that the young man had committed suicide with a single shot to the head.

In his last posting on Facebook, a few hours before he took his life, Alajoury wrote that his suicide was aimed at seeking “salvation.” He also wrote that “complaining to anyone but God was an act of humiliation.”

Alajoury’s words are perceived by many Palestinians as implicit criticism of Hamas over its failure to improve living conditions in the Gaza Strip and its ongoing crackdown on young activists campaigning for a better life, democracy and freedom of speech.

Another friend, Shaher al-Habbash, revealed that Alajoury was frequently targeted by Hamas because of his political and social activities in the Gaza Strip. “Hamas’s Internal Security Force arrested him several times,” al-Habbash said. “They attacked his family home and humiliated him during his interrogation inside Hamas prisons. They even raided the home during his sister’s wedding; this bothered him a lot.”

Alajoury was the fourth Palestinian to take his own life in the Gaza Strip last week. Several other cases of suicide attempts have been recorded there in the past few weeks.

Instead of addressing the problem, Hamas is now trying to sweep Alajoury’s tragic death under the carpet.

Some Palestinians who attended his funeral or visited the family home to offer condolences have been detained by Hamas security officers and militiamen.

One Palestinian, Basim Othman, wrote on Facebook that his brother, Fadi, and three other men were “kidnapped” by members of Hamas’s military wing, Ezaddin al-Qassem, after attending the funeral. “Our message is clear: Hamas is a terrorist organization,” Othman wrote. “We will teach the kidnappers and their families a lesson.”

Another Palestinian, Ramez Mahmoud, wrote on his Facebook page that he had escaped a kidnap attempt by the Hamas militiamen after the funeral of Alajoury. “I just survived a kidnaping attempt by security forces belonging to Hamas and its military wing,” Mahmoud said. “They kidnapped my friend, journalist Yusef Hassan, and others who came to offer condolences to the Alajoury family.”

A Palestinian human rights group condemned the Hamas crackdown on Alajoury’s friends and other activists and called for a thorough examination into the increased spate of suicides in the Gaza Strip.

“The [Hamas] security services in Gaza arrested at least nine persons in three separate incidents on July 4, 2020, who were attending the funeral of Sleman Alajoury,” the Al-Mezan Center For Human Rights said in a statement.

“Al-Mezan’s field investigations show that members of the security services in Gaza arrested Ghasan Sadi Musalam, 37, Fadi Mohammed Othman, 38, and Khalil Adib Salim, 33, at around 1:30 pm near Beit Lahia’s cemetery in the northern Gaza Strip, just after they had left Alajoury’s funeral.”

The human rights group also pointed out that Hamas had arrested two journalists who were covering the funeral. They were identified as Ahmed al-Ras, 35, and Helmi al-Ghoul, 26, and were interrogated about the nature of their work, before being released.

“Officers of the security services traveling in a blue vehicle and a white mini-bus stopped the four men, two of whom were identified as Yousef Khalil Hassan, and Ahmed Awni al-Mahali, and transferred them to the police station, before releasing all four the same day.”

The human rights group said that some of those detained by Hamas were summoned back for further interrogation in the coming days. “Others reported being beaten and verbally abused during interrogations surrounding posts they made on social media that called for peaceful assemblies, and their cell phones were confiscated,” the group added.

“Al-Mezan condemns the incidents and demands a halt to the arbitrary arrests and summons orders that are carried out in violation of due process, and stresses that duty-bearers are obligated, under Palestinian and international law, to promote public liberties and respect human rights, notably freedom of opinion, expression and peaceful assembly. Al-Mezan further affirms that the problem of suicide in Gaza is symptomatic of the rising level of frustration and despair felt among Palestinian inhabitants.”

Such calls by human rights organizations are dismissed out of hand by Hamas leaders, whose only concern is the iron grip of their power. For Hamas, Palestinians who commit suicide imperil its regime, even — and perhaps more so — after their death.

Why is Hamas chasing Palestinians to cemeteries and to the homes of grieving families? Because its leaders are terrified that the world will wake up to the fact that their ruinous rule is driving young men and women to commit suicide.

Hamas, after 13 years of criminal negligence, rejects responsibility for the wellbeing of its people. Astoundingly, it continues to succeed in convincing the world that Israel is to blame for the misery of its own people. This convenient and toxic lie enables it to continue receiving money and weapons from its friends in Iran and Hezbollah to tighten its death grip on the Gaza Strip. For Hamas, jihad (holy war), not a decent life for its people, is what matters. Tragically, it seems that young Palestinians in Gaza are getting the message — loud and clear.

Turkey on the Warpath

Turkey on the Warpath By Uzay Bulut Originally Published by the Gatestone Institute. Turkey is…

The Story Behind Israel’s Flag

The Jews in End Times Bible Prophecy By Dr. David Reagan We are living in…

Putin – New Boss on the Block

U.S. Should Stay Out of Syria: Let Muslims Clean Up the Mess!

U.S. Should Stay Out of Syria: Let Muslims Clean Up the Mess! By Dr. Don…