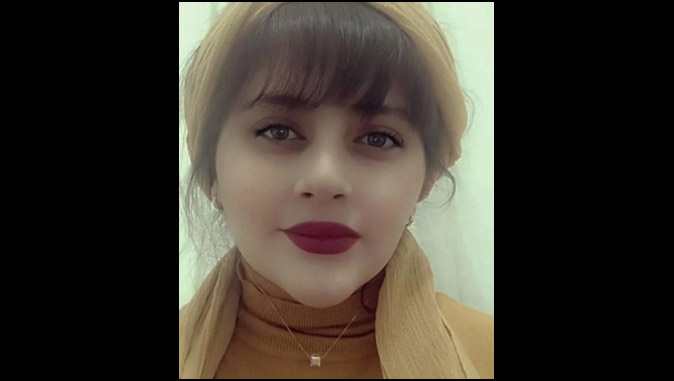 We Will Neither Forgive Nor Forget the Murder of Mahsa Amini
The Mullahs must be prepared.
By Hassan Mahmoud

On the day when the “moral police” was beating Mahsa Amini, they could not have imagined that her shed blood would engulf the religious authority system like the way it did.

Mahsa Amini was a 22-year-old innocent Kurdish girl from Saqqez, western Iran, was taken to the hospital after being arrested and tortured by the “moral police” in Tehran and died on Friday 16 September in Kasra hospital. Now 4 days after, this cowardly act has angered all of Iran and the international community.

A member of the American National Security Council in the White House on Monday September 19 said: “The United States wants the Iranian government to be accountable for the death of an Iranian woman who was arrested and killed in Tehran last week on the grounds that she was “badly veiled”.

“While expressing his sympathy to the family of Mahsa (Jina) Amini, this American official said: “We share the grief of Mahsa’s family and loved ones.”

Addressing the Iranian government, he said that the Iranian regime must stop violence against women and stop limiting their basic freedoms and must also be held accountable for Mahsa’s death.

Now, from Tehran to London, Washington, Paris, everyone is protesting the unjustly shed blood.

“The clerical regime’s misogyny takes a toll on Iranian women and girls daily. The brutal beating of #MahsaAmini, a young Kurdish girl, by the so-called “moral police” was outrageous and appalling to every human being.”

After a long period of silence, Iranian universities have now risen and raised their voices against this cruelty and violence against Mahsa Amini and all the women of Iran. Following Tehran University, AmirKabir University, Melli University, Allameh Tabatabai University, Tarbiat Modares University, and Isfahan University have become the scene of student uprising and protest. And other universities will also rise.

The unjustly shed blood of Mahsa Amani’s and the unquenchable anger of the people of Iran and the international community have put the government leaders in a difficult position. Raisi left today for New York for the first time to speak at the United Nations General Assembly. Undoubtedly, the murder of Mahsa and the uprising of the Iranian people will cast a heavy shadow on his entire journey and make him more scandalous. To the extent that some of the regime’s leaders talk about the necessity of disbanding the Irshad (guidance) patrol!

Although everyone knows that the perpetrators of this murder will never be brought to trial, the very nature of these words and retreats against the initial denials shows the regime’s weakness in the face of public anger.

This issue has led to more confusion and disunity among the regime itself, and even many regime’s officials are trying to distance themselves from this crime. Some figures of the Khamenei gang and their newspapers tried to part away from this crime.

As it can be seen from the widespread condemnation of this crime at the global level, this incident will seriously trouble the heads of the regime.

The blood money of Mahsa Amini is the freedom of Iran.

Following this crime, people are now protesting to abolish the Irshad (guidance) patrol and discard the mandatory hijab. This is a rightful demand that even some of the dependents of the regime had to acknowledge and were forced to show themselves along with the people’s demand.

But beyond this, what is the real demand of the society, which has been widely reflected in the slogans of the students, is freedom. Freedom from all the shackles of slavery that mullahs’ regime has tied on the hands and feet of Iranians.

And everyone knows the angel of freedom will not rise in this country unless the demon of religious tyranny, namely the religious dictatorship, is swept away from this country with this public anger.

Therefore, the Iranian regime should be prepared for more violent storms. What happened to Mahsa Amini is a drop and a crystallization of 44 years of oppression that has happened to Iranian women in the Mullahs’ dungeons, and Mahsa’s blood materialized this public anger in the form of protest.