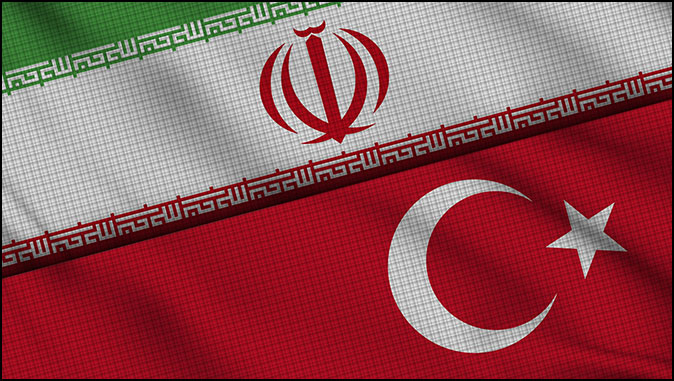 U.S. Leaving the Middle East
Will Iran and Turkey fill the vacuum?
By Joseph Puder

The Biden administration rushed withdrawal from Afghanistan, which was the opening shot of what the administration likes to consider as “ending the forever wars” in the Middle East. It also means that the US plans to withdraw the remaining American troops from Iraq at the end of the year, although a small contingent of military advisors are likely to remain. This would leave both Israel and the Arab Gulf states in a dilemma.

The Arab Gulf states, realizing that the US departure from the region is imminent, have begun making adjustments. Saudi Arabia, and the United Arab Emirates (UAE), who have broken relations with Qatar (an ally of Turkey and the Muslim Brotherhood), have now mended fences. They are also seeking ways to reconcile with their hitherto arch-enemy Shiite-Muslim Iran, and Sunni-Muslim rival…Turkey. This may leave Israel as the only force opposing Iranian expansionism.

The question is whether the US 5th fleet and its Naval Forces Central Command, based in Bahrain, along with its 7,000 military personnel will be withdrawn as well. Similarly, what is to become of the 10,000 US servicemen in Qatar, mostly engaged at the large US Al Udeid Airbase, as well as being the home to the headquarters of the US Central Command (USCC) and the US Air Force Central Command (USAFCC)? Keeping these bases will serve as a deterrent against Iran, and may provide the UAE with a measure of confidence in American determination to protect the Gulf and its states. The anti-American, and anti-Christian sentiments in Saudi Arabia in 2003, forced the US to abandon its Prince Sultan Airbase in Saudi Arabia, and move to Qatar.

The US primary strategic focus is now China. The US is being challenged by the emergence of China as a contending superpower. Hence, Asia-Pacific in now the top priority, rather than the Middle East. Yet both Russia and China have made inroads into the Middle East; Russia is deeply ensconced in Syria, and China is allied militarily and commercially with Iran. To foster a defense against Chinese aggression and expansionism in Asia-Pacific, Australia, United Kingdom, and the US launched a trilateral security pact known as AUKUS, intended to show the Chinese that the US meant to assert its interests and that of its allies in the region. The pact cleared the way for the US to provide Australia with a nuclear submarine.

Removal of US combat forces from the Middle East region will encourage Iran and Turkey to fill the vacuum created by the US departure. Iran has been committed to expelling the US presence in the Middle East, and it is thrilled by the US departure from Afghanistan, and soon from Iraq. Tehran is hoping the Americans would remove their bases in Bahrain and Qatar as well. Iraq is increasingly dominated by Iran, and Qatar now has a Turkish expeditionary force on its soil, competing for influence in the Gulf with the US. Iran, with its bases and militias in Syria operating freely, is likely to increase its maligning activities on Israel’s borders.

Tehran can count on the Chinese and probably the Russians as well, to aid its efforts to fool the western powers by racing toward a nuclear bomb while at the same time negotiating in Vienna on their terms, which is first and foremost the removal of US sanctions. At home, the Iranians are developing the delivery system (long and medium range missiles) that will carry the bomb. Meanwhile, the mullahs of Iran are restricting the International Atomic Energy Agency (IAEA) inspectors from visiting military facilities where the work on the nuclear bombs is being done.

Iran and Turkey were historical rivals and bitter imperial enemies, with the former leading the Shiite-Muslim world and the latter the Sunni-Muslim world. In recent years however, the two nations have been more cooperative, with Turkey aiding Iran in subverting US sanctions. There is also the Kurdish issue, which unites them in opposition to any Kurdish self-assertion. Both have large Kurdish minorities. Now, however, tension between Baku (Azerbaijan) and Tehran (Iran) is heating up, and Turkey is more than likely to support its Turkic cousins in Azerbaijan.

Although both Iran and Azerbaijan are Shiite Majority states, the Azeri people are ethnically Turkic, and their language is Turkic as well, while the ethnic Persians are Indo-Europeans. Azerbaijani society is mostly secular and flourishing economically. Azerbaijan is therefore attracting the 20-25 million Azeri citizens of northern Iran, who resent the oppression of the Ayatollahs regime, and denial of their linguistic and cultural rights. The Ayatollah regime in Tehran is concerned that their Azeri population might seek a union with Azerbaijan, with whom they share a border.

In the recent war between Azerbaijan and Armenia over the disputed area of Nagorno-Karabakh, Israel and Turkey supported Azerbaijan, while Iran and Russia sided with Armenia. Finally, there is the issue of the close relationship between Azerbaijan and Israel. Iran’s Foreign Minister, Hossein Amir-Abdollahian, warned Baku, saying that, “We do not tolerate the presence and activity against our national security of…Israel, next to our border. And we will carry out any necessary action in this regard.”

To demonstrate its displeasure with the Baku government, Iran’s army on October 1, 2021, began military exercises near the border with Azerbaijan. The exercises included artillery, helicopters, and drones. The intimidating message from Tehran was essentially, “we don’t like your relations with the West in general, and with Israel in particular.” To counter Iran’s threat to its fellow Turkic nation, Turkey planned to hold joint military drills this week near the border with Iran. Will the two historical rivals clash again over Azerbaijan? To add fuel to the fire, Turkey’s President, Recep Tayyip Erdogan, on a visit to Azerbaijan last December, read a poem that prompted the Iranian regime to accuse him of “encouraging separatism and ethnic tensions in Iran.”

One area that Iran, Russia, and Turkey share a common interest in is removing the US presence from Syria. Israel, on the other hand, needs the US presence in Syria as a barrier against Iran’s unbroken Shiite arc stretching from Iraq to Lebanon.

As evidence of US realignment, The Arab Weekly reported (October 4, 2021) that, “In the past few days, the US has begun withdrawing some heavy military hardware from Saudi Arabia, including Patriot missile batteries, and an aircraft carrier.” In the US, a debate has begun about the US military redeployment. Namely, transferring forces from the Gulf to the Asia-Pacific theatre, and how it would affect the US ability to protect its interests, and those of its allies from Iran and its proxies. The Biden administration has yet to respond to that question.