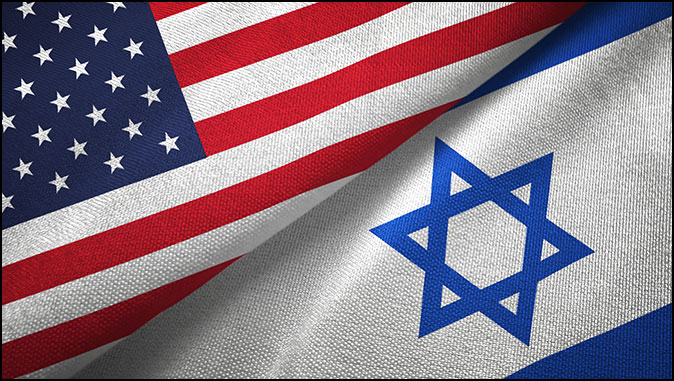 To state that the upcoming presidential election will probably be the most consequential in U.S. history, is not an overstatement. It is fact. At stake nothing less than the future of America and its trajectory. Will it continue to be a vibrant liberal democracy that encourages the free exchange of ideas and a free market system or will it devolve into a dark Orwellian black hole with excessive government overreach, burdensome regulations, prolonged closures, skyrocketing energy costs and mandatory conformation to the prevailing, forced orthodoxy?

Regardless of the 2020 electoral outcome, one thing is certain and unwavering, and that is Trump’s indelible contributions to lasting peace and security between Israel and its neighbors. In two months’ time, the Trump administration secured peace treaties between Israel and three of its Arab neighbors – the United Arab Emirates, Bahrain and Sudan. The latter nation actively participated in the 1948 war waged by Arab states against Israel. Moreover, up until recently, Sudan was an Iranian pawn and assisted the Islamic Republic in efforts to smuggle weapons into Gaza. In 2009, 2012 and 2014, Israeli warplanes struck Sudan with devastating precision in a successful effort to curtail Iranian arms smuggling to Hamas. Finally, Khartoum is from where the Arab League in August 1967 issued its infamous “three noes” proclamation – no peace with Israel, no recognition of Israel, no negotiations with it. That proclamation has now been rendered irrelevant.

It is not an exaggeration to state that no other president in U.S. history has achieved such an impressive record in brokering peace agreements between traditional Mideast adversaries. The Mideast is a cauldron of hate and suspicion with a dash of ethno-religious animosity and irredentism. Prior to Trump, only two Arab nations in 72 years – Egypt (1979) and Jordan (1994) – signed peace agreements with Israel. In both cases, Israel was required to concede land in exchange for peace. Trump changed the paradigm by substituting the conventional formulation of land for peace with peace for peace.

How then, did Trump break through the seemingly impregnable impasse of Mideast suspicion?

Previous administrations focused their attention on the Palestinians to the exclusion of all other peace options. Under this anachronistic doctrine, all roads to peace in the Mideast led through Ramallah. The Obama administration was particularly zealous in attempting to implement this flawed policy, gearing its energies to exerting maximum pressure on Israel to extract concessions from the Jewish state.

But two occurrences transpired that threw a wrench into the conventional thinking. The first was the emergence of a menacing, nuclear-armed Shia Iran. The largely Sunni Arab world but particularly the Gulf States saw this threat as existential. They watched, first with dismay and shock, and then with horror and disgust as Obama appeased the mullahs of the Islamic Republic and inked the deleterious Iran deal.

The second was the emergence of the Islamic State and its concomitant threat to the stability of the region. Again, Arab nations were dismayed over Obama’s cavalier attitude toward ISIS. Under Obama’s tenure, ISIS morphed into a juggernaut terrorist army. Obama was dismissive of intelligence assessments that the group posed a serious threat to regional stability and nonchalantly referred to them as the “JV team.” When he finally took military action, it was too little too late and took the form of pathetic pinprick strikes which had little tactical impact on the group’s ability to operate.

Arab leaders took note of these emerging threats and Obama’s failure to address them. They also took note of the fact that they had more in common with Israel than with those advocating for Israel’s destruction. Consequently, an unlikely, burgeoning alliance between Israel and the Gulf States began to take shape.

Unshackled by the conventional dogma of the swamp, the Trump administration addressed the Arab-Israeli conflict from a fresh perspective. Earlier this year, Trump unveiled a detailed peace plan that would have allowed Israel to annex some 30 percent of Judea and Samaria. The Palestinians, in turn, would have reaped the benefits of massive investment and been partly compensated with land swaps. The Palestinian Authority predictably rejected the plan, while Israel embraced it.

Prime Minister Benjamin Netanyahu acted with alacrity to annex those portions of the Judea and Samaria apportioned to Israel under the plan. Concurrent with the release of the peace plan, Trump’s capable advisory team headed by secretary of state Mike Pompeo and special adviser Jared Kushner, were actively lobbying the UAE and other Gulf States to normalize relations with Israel. To sweeten the deal, Kushner convinced Netanyahu to postpone annexation in exchange for normalization of ties with the UAE. Netanyahu agreed and the rest is history. Three Arab countries – one of which actively participated in wars against Israel – enthusiastically agreed to normalize relations with their former enemy.

Trump has succeeded where past administrations have failed, and his success can be attributed to tireless work and an unconventional, business-like approach to solving seemingly intractable problems. From the destruction of the Caliphate, to the liquidation of IRGC chieftain Qassem Suleimani, to the recognition of Jerusalem as Israel’s undivided capital to the brokering of lasting Arab-Israeli peace agreements, Trump’s record of success in the Mideast is unrivaled and unparalleled. Even Trump’s sworn enemies have to give him credit. Their failure to do so says a lot more about them than it does about Trump.

Iran's Nuclear Weapons Weeks Away By Majid Rafizadeh Originally Published by the Gatestone Institute. Since…

Hamas' Cruelty to Palestinians And how western 'progressives' abet it. By Hugh Fitzgerald The indifference…