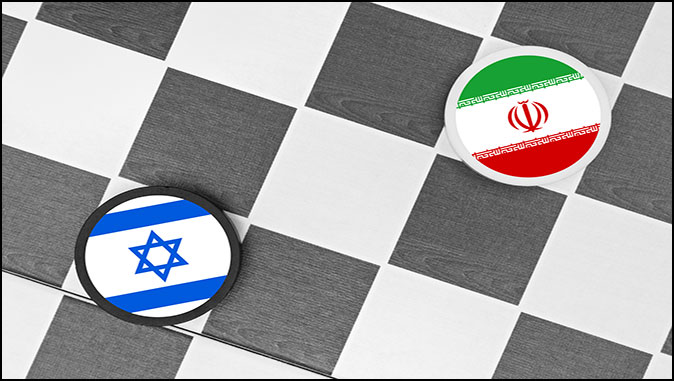 The party celebrating Joe Biden’s proclaimed victory was in full swing in Tehran, and then it was rudely interrupted. The New York Times reported Friday that “Iran’s top nuclear scientist, who American and Israeli intelligence have long charged was behind secret programs to design an atomic warhead, was shot and killed on Friday as he was traveling in a vehicle in northern Iran.” Mohsen Fakhrizadeh “has been considered the driving force behind Iran’s nuclear weapons program for two decades.” Suddenly the future didn’t look as bright for the mullahs as it had just hours before.

Up until Fakhrizadeh was killed, the mullahs and their henchmen had been displaying a swagger they hadn’t shown since the palmy days of Barack Hussein Obama. After Israel struck Iranian Quds Force installations in Syria in mid-November, Iranian Foreign Ministry spokesman Saeed Khatibzadeh issued a bold Biden-based threat, declaring: “The Zionist regime is well aware that the era of hit and run is over….Iran’s presence in Syria is advisory, and naturally, if anyone disrupts this advisory presence, our response will be a crushing one.” Especially now, with compliant Old Joe in the White House

Nor was that all the Biden buoyancy. Iran’s state-controlled Mehr News Agency announced last Sunday that the Islamic Republic was stepping up its nuclear program: Iran’s Permanent Representative to International Organizations Kazem Gharibabadi “says the country will operate 174 advanced IR-M2 centrifuges at Natanz nuclear facility.” Gharibabadi also took care to emphasize that “all of Iran’s nuclear activities are peaceful, carried out under the supervision of the IAEA, and the United States has no excuse to attack Iran.”

No worries. With the foreign policy establishment firmly back in the saddle, doing anything to offend or oppose the mullahs is the last thing on anyone’s mind.

The mullahs have also been emboldened inside Iran. IranWire reported, also last Sunday, that “in simultaneous operations in various cities across Iran, security agents ransacked the homes of tens of Baha’is. Their personal effects, mobile phones, computers, laptops and religious books and pictures were all confiscated, and in a number of cases, the agents also reportedly took away any cash they found, along with national ID cards.”

One Baha’i was puzzled: “At a time when people are supposed to be working together and observe social distancing and avoid unnecessary traffic, unknown individuals – who might be carriers of the disease – came to Baha’i homes and touched everything on the pretext of an inspection. Isn’t such behavior contrary to public health guidelines?”

Sure. But the mullahs have been assuming that the severe threat to their regime that Donald Trump posed will soon be over. The Iranian nuclear deal that enables Iran’s nuclear program and opens the door for it to receive billions from a thoughtless, imprudent, and willfully ignorant West will soon be back on. So they have assumed that it is a perfect time to step up its operations against the perceived enemies of the Islamic regime, that is, poor and defenseless non-Muslims.

Until the killing of Mohsen Fakhrizadeh, that is. Iranian President Hassan Rouhani said recently: “It is not important who is elected president, as the next US administration will surrender to the Iranian nation.” It is likely indeed that Joe Biden’s regency for Kamala Harris will indeed “surrender to the Iranian nation,” as the disastrous precedent of the Obama/Biden administration makes clear. But now the targeting of Iran’s top nuclear scientist indicates that the mullahs’ assumption that it is time to let the good times roll may have been premature. Even with Dotty Old Joe in the White House, others that are less clueless, corrupt, and compliant will continue to take the Islamic Republic seriously when it issues its genocidal threats, and will act accordingly.

It may be that a Biden-led United States of America will work to empower a regime that finds itself severely threatened from other quarters that are capable of striking in ways the mullahs are unable to anticipate or prevent. Given the widespread dissatisfaction among the Iranian people with the Islamic regime, such strikes could enjoy considerable support inside the Islamic Republic. This could lead to the odd spectacle of the Leftist gerontocracy in Washington doing all it can to prop up the Islamic gerontocracy in Tehran, but being unable to overcome the will of the Iranian people themselves. We can only hope.