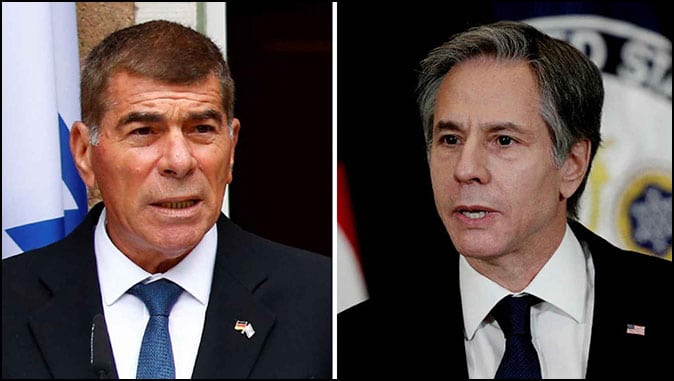 The U.S.-Israeli Honeymoon Ends
A new administration places Iran and Palestinians on par with the Jewish State.
By Joseph Puder

It seems that the Trump era ‘honeymoon’ in US – Israeli relations is over under the new administration of Joe Biden. The US is now prepared to go back to previous policies of so-called ‘evenhandedness’ between Israel and the Palestinians. Furthermore, the Biden administration appears to return to the Obama administration policy of appeasing the Islamic Republic of Iran.

Last week, US Secretary of State Antony Blinken briefed Israel’s Foreign Minister Gabi Ashkenazi about the Biden administration’s plan for the indirect talks with the Iranians in Vienna. He said that he did not believe the meeting would bear fruit. The New York Times reported (April 6, 2021) that, “The United States and Iran agreed through intermediaries on Tuesday to establish two working groups to try to get both countries back into compliance with the 2015 Iran nuclear deal.” At the moment there is a battle of wills. The Iranian officials claim that they can return to compliance fairly quickly, but demand that the US must first lift the sanctions. The US wants the Iranians to move first to return to compliance before sanctions are eased. The Iranians, it should be said, refused to deal directly with the Americans.

The Iranian economy is in shambles as the result of the Trump administration sanctions, and it would seem that the Iranians are in a weak position in the upcoming bargaining. In the meantime, however, US officials estimated that Iran’s ‘breakout time’ to a nuclear bomb is down to a few months. That might be the ostensible reason why the Biden administration is so eager to engage with Iran’s radical regime. The Iranian’s, on their part, know how eager Biden is to reverse Trump’s actions vis-à-vis Iran. The operative question is simply this: are US officials wrong about the ‘breakout time,’ and are the Iranians, in order to strengthen their bargaining position, are exaggerating their progress. Conversely, the Iranians may already have the bomb, and have most certainly the ‘know how’ to assemble a bomb. In whatever the case may be, it is unlikely that Iran would be flexible enough to agree to the US requests for modifications to the 2015 nuclear deal, such as extending the expiration time. The Ayatollahs have already announced that they are opposed to any change. That means that the US and the western powers would have to relent on Iran’s development of long-range missiles that could carry nuclear payloads. Tehran would certainly oppose the US demand that it ends its nefarious terrorist behavior in the Middle East region and beyond.

That leads to the next question. If that is the case, and Iran refuses to accept changes to the JCPOA, what then would a new nuclear deal accomplish? The Iranians have opposed and will oppose more vigorously now, any intrusive inspections by the UN nuclear energy agency inspectors of existing facilities (including military facilities), not to mention new and secret facilities that the Iranians probably have built since 2015. The Iranians have a rich record of cheating on their nuclear program, and they will use intimidation and threats to bend the Biden administration to their will.

The Biden administration seems to follow the Obama administration’s thinking that a relationship with Iran will stabilize the region. This has proven to be merely wishful thinking. The reality is that the Iranian regime has incentivized Iraqi Shiite militias to attack with rockets the US Ain al-Asad airbase in the Anbar province of Iraq last month. A nuclear deal with Iran is unlikely to change the Ayatollahs behavior and their intent to push the US out of the region, and “wipe Israel off the map.”

The new US policy toward Iran is not the only reset in the Biden administration concerning Israel and the Middle East. On Friday, April 2, 2021, the US announced that it is lifting the sanctions it imposed on the International Criminal Court in The Hague (Netherlands). The Biden administration has thus reversed its position. It had previously imposed sanctions on the ICC prosecutor Fatou Bensouda, for her decision to probe ‘possible Israeli war crimes’ in Gaza and the West Bank. The ICC also sought to prosecute American ‘war crimes’ in Afghanistan. Israel and the US are not members of the ICC, and therefore the ICC has neither jurisdiction nor a mandate to conduct a probe. The ICC was simply complying with the Palestinian Authority (a non-state) wishes to undermine Israel’s reputation and international standing, as well as seeking to possibly harm and harass Israeli officers, politicians, and soldiers when traveling abroad. Ashkenazi, a former Israeli IDF Chief-of-Staff, told Blinken that the PA’s malicious actions would harm efforts to renew peace talks with the Palestinians.

The Biden administration also reversed the Trump administration cut off of aid to the corrupt and dysfunctional Palestinian Authority (PA). The current administration announced last month that it will resume financial aid to the PA. Washington authorized $15 million to be given to the PA to fight the coronavirus. Over $100 million have already been transferred to the PA. The Wall Street Journal reported (April 7, 2021) that the Biden administration is restoring humanitarian aid to the Palestinians. “$235 million in assistance includes funding for the United Nations Relief and Works Agency (UNRWA).” Apparently, the fact that UNRWA is an incubator for Palestinian terrorists did not deter the Biden administration, or the fact that anti-Semitism and hatred of Israel is a major element in UNRWA’s educational institutions. A number of European states, who hitherto contributed to UNRWA, stopped their donations due to the corruption and mismanagement.

Days after his inauguration as the US 46th President, Joe Biden vowed to reopen the Palestinian Liberation Organization (PLO) diplomatic mission in Washington DC. But the US Congress has passed into law an anti-terror amendment signed by President Trump in 2019, that made the ‘former’ terrorist organization and the PA liable for $655.5 million in financial penalties against them in US courts, if they are to open an office in the US. The Biden administration is also considering reopening the US Consulate in Jerusalem that functioned as a separate US mission to the Palestinians. Former President Trump subsumed it into the operations of the US embassy to Israel in Jerusalem.

Earlier, in 2018, the US Congress passed the Taylor Force Act (named after Taylor Force, the US army officer knifed to death by a Palestinian terrorist in Tel Aviv), which restricts aid to Palestinians until they “are taking steps to end acts of violence against U.S. and Israeli citizens perpetrated by individuals under their jurisdictional control, such as the March, 2016 attack that killed former Army officer Taylor Force; have revoked any law, decree, or document authorizing or implementing a system of compensation for imprisoned individuals that uses the sentence or incarceration period to determine compensation; have terminated payments for acts of terrorism against US and Israeli citizens to any individual who has been fairly tried and imprisoned for such acts, to any individual who died committing such acts, and to family members of such an individual, and are publicly condemning such acts of violence and are investigating such acts.”

Finally, reversing a Trump era reference to the West Bank Israeli settlements as legal under international law, the Biden State Department last week, in its annual human rights report, described the West Bank as “occupied territory.” Has Biden turned Israel from America’s closest ally in the region to ‘evenhanded’ with the Palestinians?