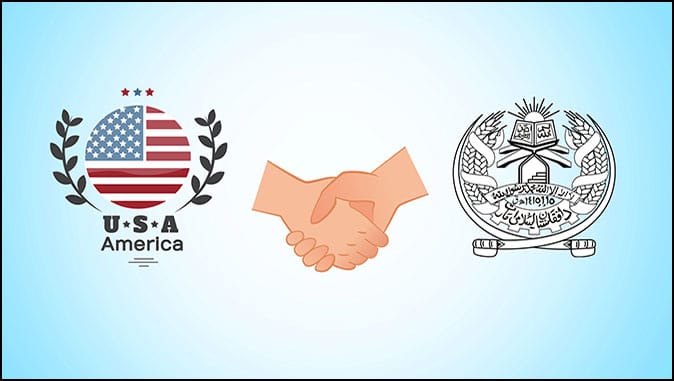 The Taliban are Betraying Trump’s Peace Deal
By Con Coughlin

The latest spate of terror attacks carried out by the Taliban in Afghanistan suggests that the terrorist organisation remains determined to seize control of the country through violence rather than by negotiating a peace agreement with the democratically-elected Afghan government.

Under the terms of the historic agreement that the Trump administration signed with the Taliban in February, Taliban leaders undertook to negotiate a lasting peace deal with President Ashraf Ghani’s administration in Kabul.

The aim of the deal, so far as US President Donald Trump was concerned, was to end America’s long and costly involvement in the Afghan conflict which, most recently, dates back to the September 11, 2001 attacks, and has claimed the lives of more than 2,300 US military personnel and cost the American taxpayer nearly $1 trillion.

As part of the agreement, the US undertook to withdraw its forces from Afghanistan on the understanding that the Taliban would cut all ties with international terrorist groups such as al-Qaeda and Islamic State (ISIS), and engage in a sincere dialogue with the Afghan government to formulate a lasting peace agreement.

While Mr Trump has fulfilled his side of the bargain by overseeing a significant reduction in America’s military presence from 9,000 to 4,500 troops since the deal was signed, the Taliban has been less forthcoming in terms of honouring its side of the deal.

Initial efforts to establish a dialogue between the Taliban and the Afghan government — which was excluded from the initial negotiations between the US and the Taliban — stalled over the Taliban’s insistence that the Afghan authorities first release 5,000 of its supporters from prison.

It was not until September, therefore, when the prisoner release had finally been completed, that the talks began in earnest. In the meantime the Taliban maintained its campaign of terror against the Afghan people, including an attack on a hospital maternity ward in Kabul in May that left at least 24 people dead, including newborn infants and many mothers.

Nor does there appear to have been any let-up in Taliban-inspired violence since the talks finally got underway in Doha, Qatar.

After the UN reported last month that there has been no reduction in civilian casualties since the start of peace talks between the Taliban and the Afghan government, security officials are now reporting an upsurge in Taliban violence, especially in the south of the country, the organisation’s long-standing stronghold.

In recent weeks the Taliban has intensified its campaign against Kandahar, while an assault on Lashkar Gah, the capital of Helmand province, was only beaten back with the help of US air strikes.

The rapid expansion in the Taliban’s ability to commit violent acts throughout the entire country is demonstrated by recent analyses that it has succeeded in carrying out attacks and bombings in 24 of Afghanistan’s 34 provinces, leaving scores dead.

The upsurge in Taliban violence certainly raises significant questions about whether Afghanistan’s security forces will be able to defend the country once American forces have been withdrawn, with US forces due to be reduced to 2,500 by early next year.

There are also concerns that, if the Taliban succeeds in seizing control of large swathes of the country, they could allow Islamist terror groups like Al-Qaeda to return and use the country as a base from which to launch attacks against the West — the initial cause of America’s military intervention following the September 11 attacks.

The rapidly deteriorating security situation prompted US Secretary of State Mike Pompeo to make a surprise visit earlier this month to Doha, the Qatari capital, where he had talks with representatives from the Taliban and the Afghan government in an attempt to get the peace negotiations back on track.

As if to underline the seriousness of the situation, Mr Pompeo arrived in Kabul just hours after a deadly rocket attack on the city, an act the Afghan government blamed on the Taliban, and which claimed the lives of eight people and wounded more than two dozen.

Mr Pompeo’s visit, during which he met with the Taliban’s chief negotiator, Mullah Baradar, was aimed at breaking the deadlock in the negotiations between the two sides, amid claims that one of the main obstacles to concluding a deal is a dispute between the Taliban and the Afghan government over the future role of Islam in Afghan politics.

The fear now is that, if Mr Trump and his senior advisors are no longer in a position to conclude the peace deal he negotiated earlier in the year, then the Taliban will simply take matters into their own hands and seize control of the country by force.

Con Coughlin is the Telegraph’s Defence and Foreign Affairs Editor and a Distinguished Senior Fellow at Gatestone Institute.