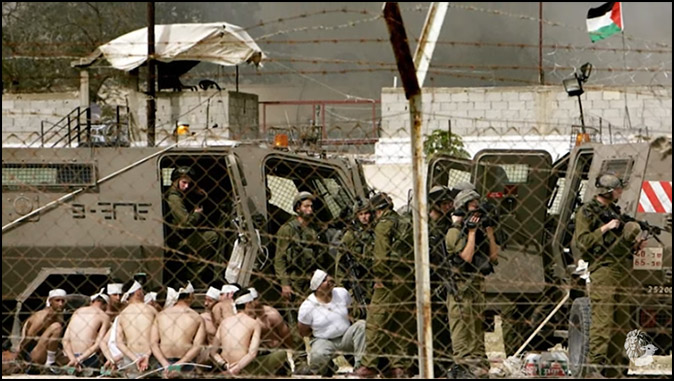 The Plight of the Palestinians
By Dr. Nathan E. Jones

How does the Palestinian leadership treat their own people?

Tim Moore: The Western Media seems always focused on Israel. The United Nations calls out Israel at every turn for every perceived slight. And yet, they seem to have a great blind spot when it comes to the abuses happening in the Palestinian areas.

Nathan Jones: Yes, indeed. An interesting article titled “Palestinian Police State Torture and Kill Thousands of Palestinians” reveals something we don’t hear much about in our national news. As Americans, we love the David and Goliath story, and so we look at Israel as a big oppressor and the Palestinians as if they were poor little Davids. And yet, there are 66 million Muslims surrounding Israel. Israel, in truth, is the real David in Middle Eastern affairs.

For instance, at the Palestinian Authority’s notorious Jericho Prison, Human Rights Watch reports detainees have been given electric shocks, tied with cords around the genitals, had shoulders dislocated, enduring beatings, torture, and even electrocutions. Remember that these detainees are not criminals as in they’ve been murdering and killing people, rather they are dissenters. They didn’t agree with the heavy-handedness of the Palestinian leadership and so were thrown in jail. For example, if you’re a Palestinian blogger, and you write something negative about your terrorist organization leadership, say you don’t like Abbas or someone else, then you’ll find yourself in one of these prisons being tortured.

Tim Moore: The world possesses a giant blind spot when it comes to Palestinian atrocities. I read reports from a group called Facts and Logic About the Middle East. They put out media alerts to expose the hypocrisy of the West. The West’s hypocrisy really comes down to Antisemitism. They’re always calling out Israel and yet giving a pass to every other barbaric nation in the world, especially others in the Middle East.

In truth, the Arab who lives in Israel is grateful that he lives in a state that is free and that grants him the privileges and rights that Arabs would never possess in any of the neighboring Arab nations. Arabs in Israel are free to go to school, free to have a job, and free to engage in a profession of their choosing. That’s not true in many other parts of the world, and definitely not in most of the Middle East.

And, yet again, every perceived slight on behalf of Israel is called out and condemned by the world. Even murderers are excused when they’re Palestinians. Of course, we’re not providing an excuse for any crime or human rights abuse, but there should be some even-handedness in the West’s outrage towards nations who commit abuses against their own people.

But, we don’t agree with the Palestinian terrorist leadership. Hamas confiscates their people’s money and supplies. If there’s any dissent, they beat the dissenters savagely, as we’ve been reading. Their people are being horribly oppressed by their own leadership.

We also don’t agree with our Western Mainstream Media which clearly slants Antisemitic. By often painting Israel as the bad guys and the Palestinians as the good guys, the Media is in truth hurting the Palestinian people, and all for political points. They’re not supporting the Palestinian people’s right to exist in a free and just society, as those living in Palestinian-held territories live under a totalitarian dictatorship run by domestic terrorists. That’s what we want to see changed. Therefore, Christians should be calling out Western Media because they are clearly not doing their jobs with journalistic integrity. Antisemitic-slanted journalism calling for the wanton destruction of Israel hurts the Palestinian people.

Tim Moore: We appeal to the Christians in Israel and around the world to unite in prayer for Israel, but also for the Palestinian people who are being subjugated by their own leaders. Our prayer is that both Jews and Palestinians would come to a saving knowledge of Jesus Christ. We also pray for peace in Jerusalem and throughout the Holy Land.

Remember that God has given the Promised Land to the children of Abraham, Isaac, and Jacob. That is His decision to give the Jews this birthright. It was given to them by God Himself. And so, we embrace that as the Holy Scriptures dictate.

Again, we desire some equivocation of outrage when it comes to the United Nations and Mainstream Media calling out the horrors that are happening all over the world but are instead focused on the nation of Israel.

For example, the Biden Administration has tried to blame Israel for the recent death of a Palestinian journalist. The bullet that supposedly caused the journalist’s death was held by the Palestinian Authority for a long period of time as they did not want to cooperate. They just wanted to use the incident to blame Israel. We have to learn to see through these kinds of charades to recognize that Israel is not always to blame. They’re not innocent in every case, but they try, as any Western nation does, to uphold human rights. And yet, in the Palestinian areas, there is no respect for human rights.

We call for all of God’s children to come to the saving knowledge of Jesus Christ and to be treated with respect and dignity.