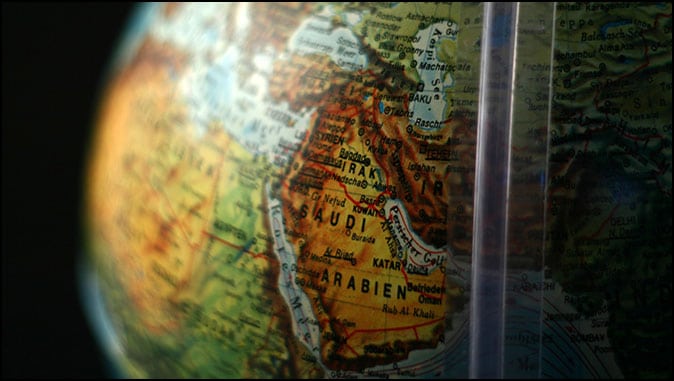 The United Arab Emirates and Bahrain have taken a serious step in moving out of the draconian shackles of mindless and mumbling caliphate fantasies that some extremists mention as wiping out the Jewish people in a final conquest for the globe.

The UAE’s groundwork to weed out this hogwash began five years ago. In 2015, the UAE passed a law against religious discrimination by creating ministries of tolerance, happiness and youth to develop an enlightened community — everyone included. A year later, schools in the UAE started teaching students peace and tolerance.

By 2019, we were open and receptive to a memorable year in our national history — it was named the Year of Tolerance. It was then that the construction of the Abrahamic Family House was announced. It will include in one place a synagogue, a church and a mosque. That same year, Pope Francis made an epic visit to the UAE where, in the capital’s sports stadium, the first Papal Mass in Abu Dhabi was held, attended by close to 180,000 people.

When the UAE prioritized national belonging over extremist obsessions, the decision immediately led to making peace with Israel.

Who would have known that a small country, the UAE, with 1.4 million citizens, who are the size of a fingernail compared to the fist of the Middle East, would usher in such a force of clarity and positive alignment. The divide created is a gaping gorge, but much needed. Palestinian sentiments are important, but not sacred. It would just be sad if the Palestinians chose to get left behind.

In the larger scheme of things, what onlookers from the outside fail to notice about the Middle East is the religiosity of the Arab world. Religiosity is a vital lens for assessing Middle Eastern affairs. The Arab-Israeli conflict is essentially anti-semitic. Arabs were frantic with delusions when Israel decided officially to join the neighborhood, even though Jews have continuously lived in the area for more than 3,000 years. Judea, after all, is named for the Jews. It was first the Babylonians and then the ancient Romans who tried to change those “facts on the ground.” Arabs rejected a UN partition plan and began propagating conspiracy theories that demonized Israelis. The continued Jewish migration out of the gas chamber horrors to be reunited with the Western Wall was met with Arabs denying the Holocaust altogether. Their anti-semitism was deeply entrenched in a long, taught hatred. Jews were accepted as inferior neighbors, not empowered neighbors.

My one hope as an Emirati is that we become a light for the world. It could make the entire region — the lives of everyone, including the Palestinians — so unimaginably great.

Israel Battles to Save Life of Chief Palestinian Authority Diplomat

Palestinians: What Failure Looks Like By Khaled Abu Toameh Originally Published by the Gatestone Institute.…

The EU’s Discrimination Against Israel

The EU's Discrimination Against Israel An inherited instinct to scapegoat the Jews. By Joseph Puder…

Why Palestinians Will Not Accept Advice from Arabs