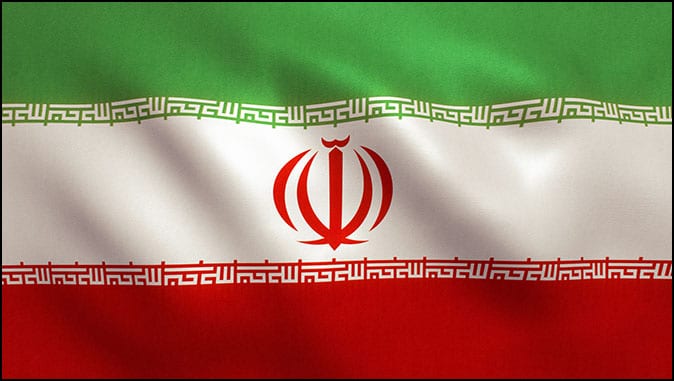 With unfailing predictability, EU external affairs spokesman Peter Sano as well as other European Iran-appeasers rushed to condemn the targeted killing on November 27 of Iranian nuclear scientist Mohsen Fakhrizadeh. In doing so they exhibited shocking disregard for the death, destruction and suffering likely to be inflicted by the totalitarian Iranian regime utilising the pernicious expertise of Mr Fakhrizadeh.

From across the Atlantic they were joined by, among others, former CIA Director John O. Brennan, who described the killing as “state-sponsored terrorism” and “a flagrant violation of international law”. Yet Mr Brennan was in the White House Situation Room in 2011 when the US launched an operation to kill Usama bin Laden on Pakistani sovereign territory. Presumably he was not whispering into President Barack Obama’s ear that SEAL Team Six were violating international law.

As Obama’s counterterrorism adviser and then Director of the CIA, Mr Brennan also presided over and publicly justified an extensive programme of CIA targeted killing by drone strikes in Pakistan, Afghanistan, Libya, Somalia, Yemen and elsewhere. Some years earlier, I was in meetings with Mr Brennan when he extolled the utility and legitimacy of targeted killings against terrorists.

In an apparent attempt to reconcile his stance now with his roles and moral position while in government, Mr Brennan described Mr Fakhrizadeh’s elimination as “far different than strikes against terrorist leaders & operatives of groups like Al Qaida and Islamic State”.

Although pronouncing this targeted killing illegal, Mr Brennan’s objections seem to focus more on fear of the “lethal retaliation & a new round of regional conflict” that he considers likely. There is also the apparent subtext, shared by many others on the left, of concern that this attack makes a Biden administration’s return to the JCPOA nuclear deal with Iran more problematic.

Mr Brennan’s perspective encapsulates the most common objection to targeted killing in modern times. It tends to be less about the often-disputed legality of such action — targeted killing in war has never been absolutely prohibited under international law — and more about the legality, morality or advisability of the foreign policy under which such techniques have been carried out.

In turn, this leads to opinions of what is and is not war, and the status of state vs non-state actors. Mr Brennan says targeted killings are lawful against illegitimate combatants, i.e. terrorist operatives, but not officials of sovereign states in peacetime with the implication that in this case the perpetrators of the killing were not at war with Iran.

This is to misunderstand the reality that war can no longer been seen as defined periods of hostilities characterised by sweeping movements of armour across the plains, grand naval battles and dogfights in the skies. Instead, the lines between peace and war have been intentionally blurred by countries such as Iran and Russia, often using surrogates to strike their enemies, as well as by non-state actors such as the Islamic State and Al Qaida, with unprecedented capacity for global violence.

Under the slogan “Death to America”, Iran has been at war with the US, Israel and their Western allies since the Islamic Revolution of 1979, using proxy groups to kill hundreds of Americans in Iraq, Afghanistan, Lebanon and other places; and to launch terror attacks across the Middle East, Europe, the US and Latin America. Iran supports President Bashar Assad’s murderous regime in Syria, materially aids the Islamic State and Taliban and has deliberately harboured and facilitated senior Al Qaida leaders, one of whom, Abu Muhammad al-Masri, was killed in Tehran in mid-November.

Iran has prosecuted a long-term concerted war against Israel with the declared intention of eliminating the Jewish State. It has funded and directed attacks from Gaza, Lebanon and Syria, inside Israel and against Israeli citizens and government officials beyond the region. It has built an extensive missile complex in southern Lebanon, deploying many thousands of rockets pointed at Israel. It has sought to develop a base of operations in Syria from which to attack Israel. It has fomented, funded and armed an insurgency in Yemen from which to conduct a proxy war against Saudi Arabia. It has also launched drone and cruise missile attacks against Saudi oil facilities.

This decades-long global war is organized and controlled by Iran’s Islamic Revolutionary Guard Corps (IRGC), whose former Quds Force commander, Qasem Soleimani, was killed in Baghdad by a US drone strike in January. The IRGC is designated a terrorist organization by the US and several other countries. Mr Fakhrizadeh was a brigadier general in the IRGC and therefore not only a senior military commander in a country at war with the US and its allies but also a proscribed international terrorist.

He was, however, much more than that. He was the founder and long-term director of the illegal Iranian nuclear weapons programme which is controlled by the IRGC. The UN’s International Atomic Energy Agency (IAEA) confirmed that he led the programme, known as Amad, which sought to develop nuclear weapons under the guise of a civilian energy project. Amad was shelved in 2003 but replaced by the Oganization of Defensive Innovation and Research, SPND, which he headed until his death. The work of Amad, SPND and other covert bodies was exposed in an extensive nuclear archive seized by Israel’s Mossad from Tehran in 2018, to which I was given access last year.

The acute threat of an Iranian nuclear bomb was recognised by President Obama, who pledged in 2012 to prevent it, using military force if necessary. Like his red line over President Assad’s chemical weapons in Syria, Obama’s assurance dissolved into a faint pink with his negotiation of the JCPOA nuclear deal in 2015 which, rather than halting Iran’s programme, paved the way for it.

Obama’s apprehension over the Iranian danger was shared around the world by countries that recognised the threat was not just to the Middle East as Iran continued work on long range missiles capable of delivering a nuclear warhead. They knew also that the Iranian programme would trigger in the Middle East a nuclear arms race which is now under way, mainly involving Saudi Arabia, Turkey and Egypt.

The fear of Iran’s nuclear programme, as well as its regional and global aggression, was the major incentive for years of under-the-radar cooperation between Arab states and Israel — a cooperation that has recently matured openly into the Abraham Accords. With Obama’s failure to support the Arabs against Iranian aggression, they saw Israel as the one country they could depend on for protection.

Iran will never abandon what it considers its absolute right to become a nuclear-armed state, not under the current regime nor any future regime. The nuclear archive proves that while the regime has consistently denied its weapons programme, it has forged ahead with it, in breach of the Nuclear Non-Proliferation Treaty that it signed in 1970, and despite its obligations under the JCPOA, and has put in place measures to continue to do so. It has lied to the IAEA and the archive even sets out in detail the ways in which it has deceived the inspectors.

Despite claims to the contrary, the JCPOA was never going to prevent a nuclear-armed Iran and was not designed to do so. Its sunset clauses meant that, at best, the deal might have delayed Tehran’s acquisition of nuclear weapons for a few years, kicking the can down the road for future generations to pick up in a far more dangerous context. Any return to the JCPOA by a Biden White House, as is being pushed by Mr Brennan and other prospective administration officials, will not see a strengthened deal but more likely an even weaker one.

Other than regime change with a highly unpredictable outcome, that leaves no alternative to coercion. Israel ended the Iraqi nuclear project in 1981 and the Syrian project in 2007 by air strikes. These were condemned by the US and European countries at the time. But they were later recognised as vital steps for regional security when Saddam’s invasion of Kuwait had to be repelled and the Islamic State in Syria crushed.

Iran has learnt from these earlier actions, and effective air strikes against their nuclear programme would be far more difficult and bloody, though cannot be excluded if necessary. Meanwhile, an unattributable campaign to contain Iran’s nuclear ambitions has unfolded, including Stuxnet and other cyber attacks, sabotage and covert action against nuclear facilities, and targeted killings of nuclear scientists. The elimination of Mr Fakhrizadeh was the latest and arguably most significant of these, both in terms of deterrence and denial of expertise. The potential effectiveness of these actions has been increased by President Trump’s “maximum pressure” campaign of economic sanctions. Together these measures stand the best chance of retarding Iran’s nuclear programme, as well as restraining its non-nuclear aggression, short of conventional strikes or all-out war.

Those that argue against this policy fail to understand the danger that a nuclear-armed Iran presents to the region and the world, wrongly believe that the programme can be halted by diplomatic means or are happy with the idea of a nuclear-armed fanatical dictatorship. Mr Brennan and the European supporters of his argument seem to believe that Iran can be contained by appeasement and negotiation rather than military strength and political will. This is a failure to comprehend either the psychology or ideology of the Iranian leadership. The path advocated by the proponents of appeasement can only lead to infinitely greater bloodshed, violence and suffering than the death of a proscribed terrorist on the streets of Iran.

Colonel Richard Kemp is a former British Army Commander. He was also head of the international terrorism team in the U.K. Cabinet Office and is now a writer and speaker on international and military affairs.