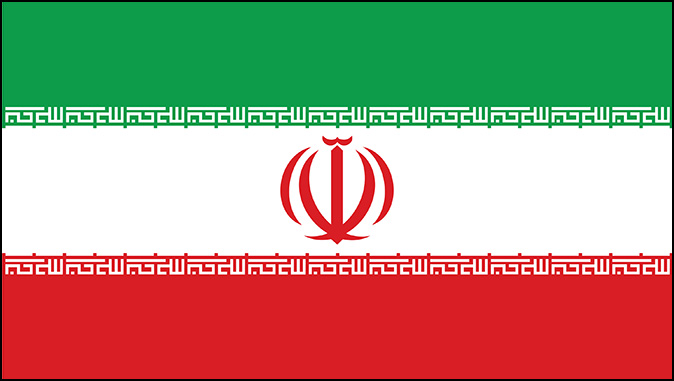 The Iranian Regime and Its Enemies Within
How long can such a regime cling to power?
By Hugh Fitzgerald

A sure sign of the Iranian regime’s disarray and loss of support: even a close relative of the Supreme Leader – his niece Farideh Moradkhani – now openly calls his regime “murderous and child-killing” in an online video uploaded by her brother on Saturday, Nov. 26, after her previous arrest by the regime on unclear charges. More on this act of great bravery can be found in a preliminary report at Jihad Watch here and in a full report here: “Khamenei’s niece slams Iran’s ‘child-killing regime’ in video,” Times of Israel, November 27, 2022:

Farideh Moradkhani comes from a branch of the family that has a record of opposition to Iran’s clerical leadership and has herself been jailed previously in the country.

Her brother Mahmoud Moradkhani wrote on Twitter that she was arrested on Wednesday after going to the office of the prosecutor following a summons.

Then on Saturday, her brother posted a video on YouTube, with the link shared on Twitter, in which she condemned the “clear and obvious oppression” Iranians have been subjected to, and criticized the international community’s inaction.

Here is what she said on her video:

“Free people, be with us! Tell your governments to stop supporting this murderous and child-killing regime.”

“This regime is not loyal to any of its religious principles and does not know any law or rule except force and maintaining its power in any way possible.”

It was not clear when the video had been recorded.

She complained that the sanctions imposed against the regime over its crackdown were “laughable” and said Iranians had been left “alone” in their fight for freedom.

It Is unclear what further sanctions on Iranian leaders, both clerics and IRGC commander could now be imposed.

Moradkhani is the daughter of Khamenei’s sister Badri, who fell out with her family in the 1980s and fled to Iraq at the peak of the war with Iran’s neighbor. She joined her husband, the dissident cleric Ali Tehrani.

Both Moradkhani’s mother, the niece of Ayatollah Khamenei, and her father, Ali Tehrani, were dissidents from the first years of the new regime. Dissidence is in her blood, but now it has reached another level, one of open hatred and contempt for the regime.

Moradkhani has gained prominence as an anti-death penalty activist and was last arrested in January this year.

That arrest came after an October 2021 video conference in which she lavishly praised Farah Diba, the widow of Shah Mohammad Reza Pahlavi who was ousted by the 1979 Islamic Revolution.

Human Rights Activists News Agency (HRANA) said she was released on bail in April and her arrest last Wednesday was [for her]to begin serving an existing 15-year sentence.

Moradkhani’s disaffection with the regime and with her uncle, the Supreme Leader, is now total. She had previously maddened the regime by heaping praise on that representative of the Shah’s regime, the former Shahbanou, Farah Diba, in a video conference a year ago. And for years Moradkhani has made loudly known her opposition to the death penalty. It’s unclear if her arrest this past January was a response to her campaign against capital punishment, or to her praise of Farah Diba. Very likely both contributed to her arrest; she was an embarrassment, precisely because of her close relationship to the Supreme Leader. She needed to be silenced.

In Farideh Moradkhani’s video, just uploaded by her brother, she stirringly denounces the regime and makes a direct appeal to the outside world to heed the cries of the Iranian protesters, to cut all ties to Iran and impose whatever sanctions on the country that have not already been imposed: ”Free people, be with us! Tell your governments to stop supporting this murderous and child-killing regime.” This latest uploaded video will no doubt result in an additional 10-15 years added to her current 15-year sentence. For a frail middle-aged woman, 25-30 years in the famously harsh Evin Prison will be a death sentence.

Farideh and her brother are not the only close relatives of Iranian leaders who have turned on the regime. Ayatollah Khomeini’s son Abdel died of a drug overdose at the age of 50 in 1995; drugs were his way out of a wretched reality — created by his father – that he found intolerable. The daughter of former President Akbar Hashemi Rafsanjani was charged with “propaganda activity against the system of the Islamic Republic of Iran and blasphemy,” Iran’s judiciary announced on July 3, 2022. An indictment for the arrest of Faezeh Hashemi, a 59-year-old former lawmaker and rights activist, has been issued, but it was not reported whether she had been taken into custody.

The charges reportedly stem from comments Hashemi made during a social media forum in April. She was reported to have said that Iran’s insistence that the United States remove the Islamic Revolutionary Guards Corps from its list of terrorist organizations was “damaging” to Iran’s national interests.

When the nieces and nephews and sons and daughters of those at the very top – including relatives of Ayatollah Khomeini, Ayatollah Khamenei, and President Rafsanjani – demonstrate such disaffection, despair, and rage, this surely means that the regime’s foundations are beginning to weaken. The Iranian protesters continue nationwide, constantly increasing in size and vehemence, not at all deterred by the regime’s use of live fire, and now shouting not “Woman Freedom Life,” but more menacingly, “Down with the Supreme Leader!” How long can such a regime cling to power?