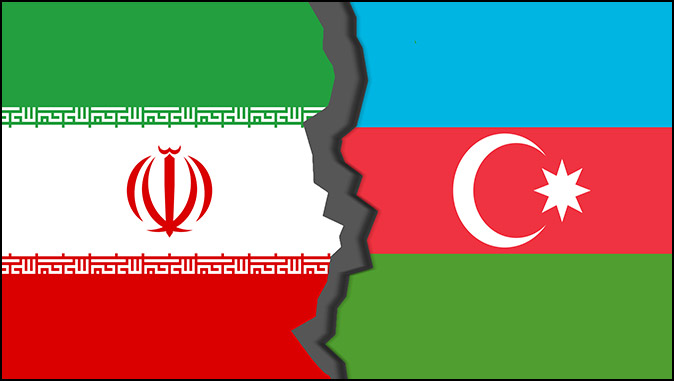 The Iran Protests and the Azerbaijani Community
All the ethnic groups in Iran have a stake in freedom.
By Rachel Avraham

As we speak, the international community is horrified by the recent arrest of Iranian footballer Voria Ghafouri for allegedly spreading propaganda against the regime after he posted a picture of himself on Instagram wearing a traditional Kurdish dress. For the past couple of months, the Iranian people have been demonstrating against the regime following the murder of 22-year-old Iranian Kurdish citizen Mahsa Amini, after she was arrested by the Morality Police for violating the country’s dress code for women. However, what Western observers fail to grasp is that these protests are about far more than women’s rights issues and the plight of the Kurds. Indeed, all of the ethnic groups in Iran have similar grievances that the Kurds have.

In recent days, it has been reported that Iranian Azerbaijani medical student Aylar Haqqi was killed while attending protests in Tabriz. Haqqi, who was known on Twitter as Ay Yuzlu, meaning “moon-faced” in Turkish,” was outspoken on Twitter, speaking out for women’s rights as well as other human rights issues faced by the Azerbaijani community in Iran. Last Friday, mourners attending her funeral were attacked by Iranian Security Forces. At her funeral, protesters chanted: “We are all Aylars; we will fight back,” “the people of Azerbaijan will not tolerate this oppression,” and “freedom, justice and national government.” Haqqi’s death comes as more than 40 Azerbaijanis have been detained in Tabriz, Melikkendi, Urmia, Khoy and Ardabi for the crime of joining the protests against the regime.

Ahmad Obali, founder of Gunaz TV, an Azerbaijani language station, indicated that these protests did not come out of nowhere and added that the history of Iran’s repression of the Azerbaijanis dates back decades. It did not begin today or yesterday. He noted that Turkic people used to rule Iran, till Reza Shah came to power and started an assimilation process for all of Iran’s minorities, in order to make them more Persian like the new ruling class. When the Islamic Republic of Iran came to power in 1979, the Azerbaijanis hoped that this would come to an end, as the new regime emphasized a Shia Islamic rather than a Persian identity. However, the new regime would prove themselves to be even worse than the Pahlavi’s.

“Iran is destroying our nature, our land with mining,” Obali noted.

“They are forcing our population to move away from their ancestral land for mining. They are doing nothing to save Lake Urmia because it harms us. If Lake Urmia dies, all of the salt dust will take over neighboring states. Azerbaijanis will lose everything they have and thus, they won’t do anything. The Iranian government also violates international law as there is a clear discrimination against Azerbaijani Turks because of our background and language. Racism is another issue, as Azerbaijanis are not from the same race. There is a clear racism against us as well.”

Under this regime, he noted that Azerbaijani children were forced to forget their own mother tongue, as this regime instituted a policy stating that elementary school children who did not have an adequate knowledge of Persian would be placed in non-college bound schools for less intelligent children: “No parent wants that fate for their child.” So, as a result, Azerbaijanis in Iran were forced under the mullahs to put less emphasize on speaking their mother tongue at home and slowly and gradually, Azerbaijani children were forced to focus on studying Persian more and more, thus creating an assimilation process that was unlike what existed under the Pahlavi dynasty.

Obali noted that Article 15 of the Iranian Constitution recognizes the right of Azerbaijanis and other ethnic minorities to study in their mother tongue, but anyone who demands to implement this right finds themselves in prison, even though Iran’s Foreign Ministry claims that 40% of Iranians are Azerbaijani:

“We are speaking of over 30 million people. We have no right to even have a private school in the mother tongue. We have no right to even have a course in the Azerbaijani language. We have people like Abbas Lesani, who has spent more than 11 years in prison for asking for education in the mother tongue. Now, in addition to that, he was given 15 years in prison and after that two years of exile. He is a clear example of what we have gone through. Some of our activists have been killed in car accidents. They were killed on the roads and then they claimed it was an accident. Others were shot and killed. There were numerous others that were killed, but their bodies were found later. We also have assassination attempts against activists outside the country. Their family members are threatened and their activists were forced to stop their activities.”

According to him, the Islamic Republic of Iran has arrested more protesters from the Azerbaijan Province than any other area of the country: “In Tabriz, over 6,000 people have been arrested. It is the same in other cities. The repression is getting worse in other demonstrations. The root behind this is historic. Iran wants to eliminate Azerbaijani nationalism. The Republic of Azerbaijan is considered a danger, as there are over 30 million Azerbaijanis in Iran. In every way they could, they help everyone who is against Azerbaijanis. They are also threatened by the good relationship between Azerbaijan and Israel.”

Tarlan Ahmadov, founder of the Azerbaijani Society of Maine, proclaimed:

“Azerbaijanis across the world feel awful about what is going on in Iran. This continuous violation of basic human rights of Azerbaijani ethnic community in Iran for the last century of Iran is not only not acceptable but is a crime against humanity. They are killing people across the cities and the villages, which are populated by Azerbaijani people. It blows our mind how this is possible in the twenty-first century.”

According to him, “The biggest issue is that the big countries like the US, EU, etc. are silent.” While the US State Department did issue a statement claiming that they are “gravely concerned by the escalation of violence against peaceful protesters,” they did not issue a statement addressing the repression against Azerbaijanis in Iran specifically. Ahmadov stressed,

“It is not only a women’s issue. There is a huge problem for the ethnic groups. Azerbaijanis are the largest minority with 35 million people, who are struggling for decades without basic fundamental rights. Now, it is not only that they are deprived a right to their culture and language. They are also killing people.”

“We are all in solidarity with Azerbaijanis in Iran. This is very difficult to watch, but we are inspired by this whole movement. We believe that Azerbaijanis in Iran can change the history. This is in their hands. We will be helping them in their path for freedom and independence, and give them the full support.”

“If South Azerbaijan becomes independent, then the axis of Israel, Turkey and Azerbaijan gets stronger, and Iran gets weaker. A weaker Iran cannot continue like it is now. Azerbaijan is very important. Our numbers are bigger. Once we get independent, everyone who wants to get to Europe has to pass through us. This will make us a strong counter against any activities against the west. Therefore, South Azerbaijan independence is very important for Western values and world peace. We want to be part of modern society, not terrorism. We don’t want to meddle in the internal affairs of others. We want prosperity, not wars. Therefore, Israel must think of us as strategic allies for years and centuries to come. We are there and the most tolerant nation and society in the region. We have no problem with any religion and any minority group whatsoever. We have proven it as a culture and in the State of Azerbaijan.”

Rachel Avraham is the CEO of the Dona Gracia Center for Diplomacy and an Israel-based journalist. She is the author of “Women and Jihad: Debating Palestinian Female Suicide Bombings in the American, Israeli and Arab Media.”